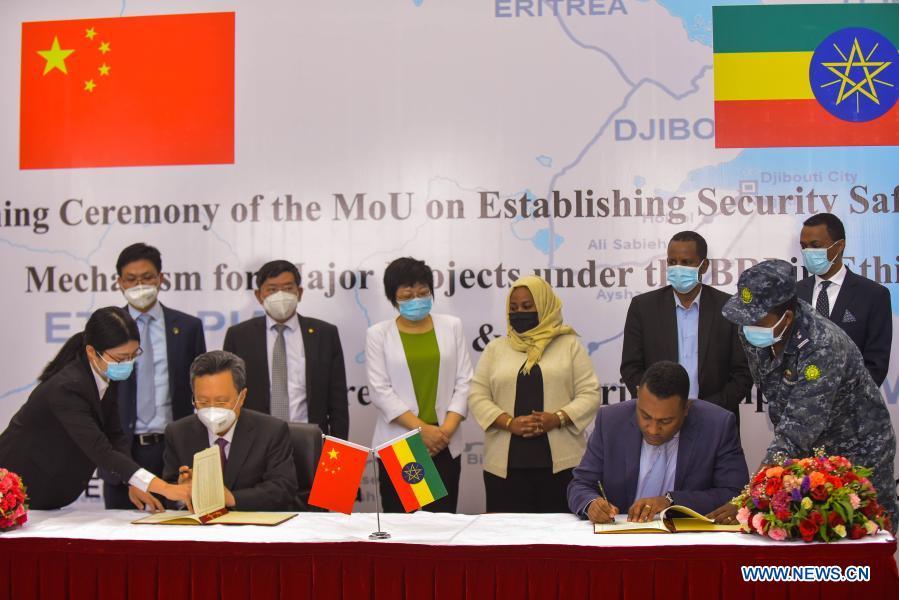 ADDIS ABABA, March 6 (Xinhua) -- China and Ethiopia on Saturday signed a Memorandum of Understanding (MoU) on establishing security safeguarding mechanism for major projects under the Belt and Road Initiative (BRI) in Ethiopia.

The MoU was signed between Demelash Gebremichael, commissioner-general of the Ethiopian Federal Police Commission, and Zhao Zhiyuan, Chinese Ambassador to Ethiopia, in the Ethiopian capital, Addis Ababa.

According to Gebremichael, the cooperation agreement will further strengthen the safety and security of major development projects in the East African country that were realized through the two countries' cooperation under the Belt and Road Initiative, which includes the Addis Ababa-Djibouti Standard Gauge Railway.

"Ethiopia and China are countries with long history, ancient civilisation, and splendid culture. To achieve our goal, the support from China and it's esteemed embassy plays a significant role," the Commissioner General said during the signing ceremony. "We like to see a continuation of our joint efforts for building a long-term and strategic partnership and today's event comes at an important moment."

The agreement is expected to play an important role in strengthening the security and normal functioning of Chinese investments in Ethiopia.

According to Zhao, China and Ethiopia have forged strong partnerships under the BRI, which helped to effectively achieve major development projects in Ethiopia.

"Under the BRI our two countries have built a number of highlight projects together in Ethiopia, such as the Addis Ababa-Djibouti railway," the ambassador said. "At the same time, more and more Chinese investors are investing in this country. Chinese companies in Ethiopia have created around 1 million jobs for the local people."

Zhao also reiterated the Chinese government's strong commitment towards the safe and sustainable operation of the Addis Ababa-Djibouti railway, which he said is the flagship project of China-Ethiopia cooperation.

During the ceremony, the Chinese Embassy in Ethiopia handed over a batch of security equipment to the Ethiopian Police Commission to help the security and safe operations of the Addis Ababa-Djibouti Standard Gauge Railway.

The 756-km railway, which connects landlocked Ethiopia to its neighboring Red Sea nation of Djibouti, officially commenced its commercial operations for both passenger and freight services between the two countries in January 2018. Enditem 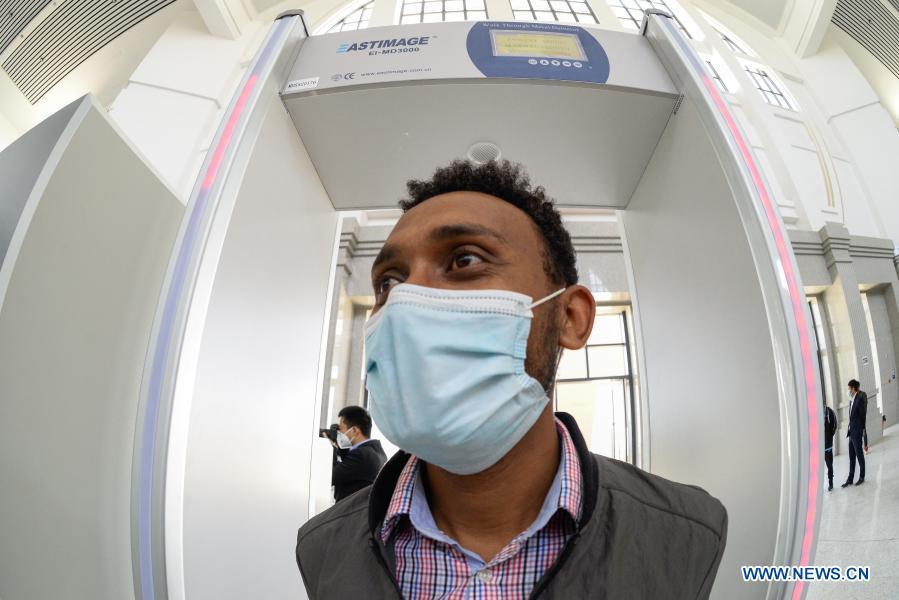 A man walks through a metal detector gate which the Chinese Embassy in Ethiopia handed over to the Ethiopian Federal Police Commission in Addis Ababa, Ethiopia, on March 6, 2021. 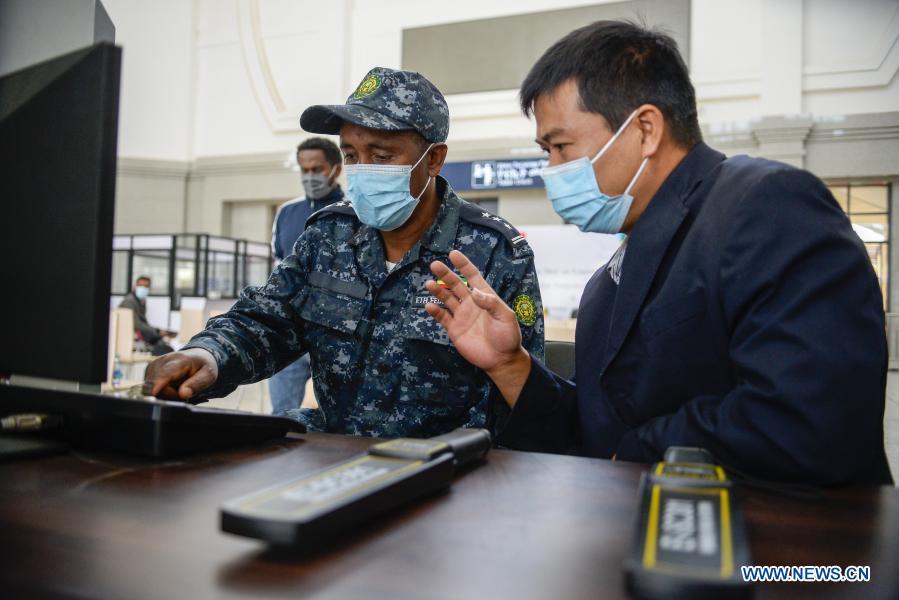 A local policeman (L, Front) operates the security equipment which the Chinese Embassy in Ethiopia handed over to the Ethiopian Federal Police Commission in Addis Ababa, Ethiopia, on March 6, 2021.