The European Union and China have set their eyes on a bilateral investment protection agreement after they concluded in principle the Comprehensive Agreement on Investment, or CAI, according to a senior EU official. 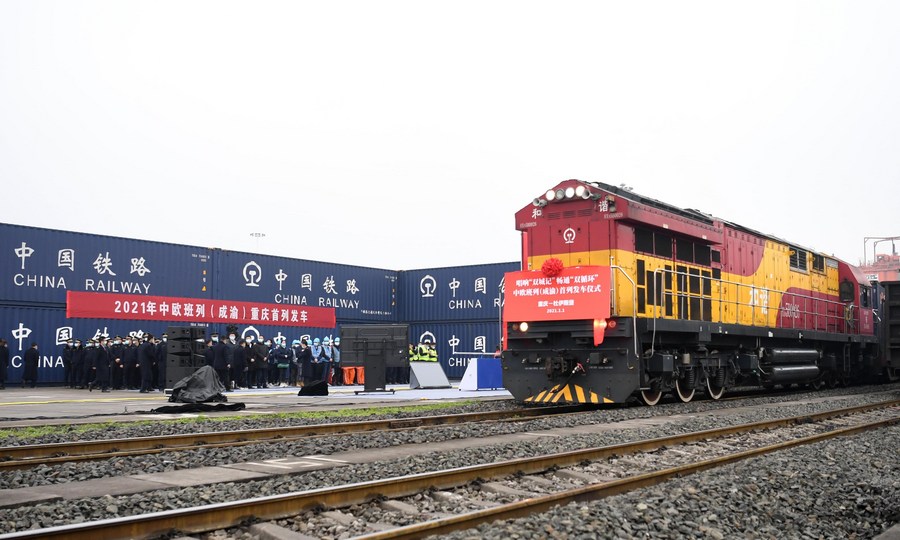 The deal concluded on Dec 30 covers market access, fair competition and sustainable development regarding investment, but left out investment protection for a separate agreement.

European Commission Executive Vice-President Valdis Dombrovskis said on Thursday the EU, after the conclusion of CAI, is envisioning its next step of cooperation with China by working on an investment protection agreement.

"That's the next practical step," he told a news conference on EU's trade strategy.

China surpassed the US as EU's largest trading partner for the first time in 2020, said a report by Eurostat, EU's statistics agency. Over the past year, the EU-China trade value hit $711 billion, compared to $673 billion between EU and the United States.

Dombrovskis, also European Commissioner for Trade, said China's role in the global economy has increased substantially over the last decade.

"China is on course to become the world's largest economy in the coming years. So clearly engagement with China is very important in this regard," he said.

The former Latvian leader said the EU hopes for China's constructive engagement on reform of the World Trade Organization.

Dombrovskis has engaged closely with senior Chinese officials. He and Chinese Vice-Premier Liu He co-chaired the virtual 8th High-Level Trade and Economic Dialogue in July. The two held calls in April and December to push forward the CAI.

Zhang Ming, the Chinese ambassador to the EU, told Portuguese media on Jan 29 he believes that major progress will be made toward the ratification of CAI during Portugal's presidency at the Council of the EU during the first half of the year.

Dombrovskis said on Thursday the EU hopes to discuss with the new US administration bilateral trade irritants and cooperation on multilateral issues. The EU has indicated for both sides to suspend tariffs, including the US tariffs on steel and aluminum and the punitive tariffs they imposed on each other in relation to the Airbus-Boeing dispute. He expects discussions to start once the new US trade representative is in place.

US President Joe Biden has not made major moves in reversing his predecessor Donald Trump's trade policy.

Earlier in the day, Dombrovskis warned Biden over his "Buy American" plans. He said the EU would closely monitor whether preferential treatment for US contractors on public projects contravened international commitments, Politico reported. "We will be assessing to which extent the US complies with its (WTO) commitments under the global procurement agreement," he said.

A new EU trade strategy released on Thursday focuses on an open, sustainable and assertive approach.

The European Commission said the strategy builds on the EU's openness to contribute to economic recovery through support for green and digital transformations, as well as a renewed focus on strengthening multilateralism and reforming global trade rules to ensure they are fair and sustainable.

Iana Dreyer, founding editor of Borderlex.eu, the leading European publication on trade policy, wrote in a tweet on Thursday "the new strategy confirms the EU's shift toward a more defensive approach to trade policy focused on advancing its domestic policy agenda in a context of rising international tensions."