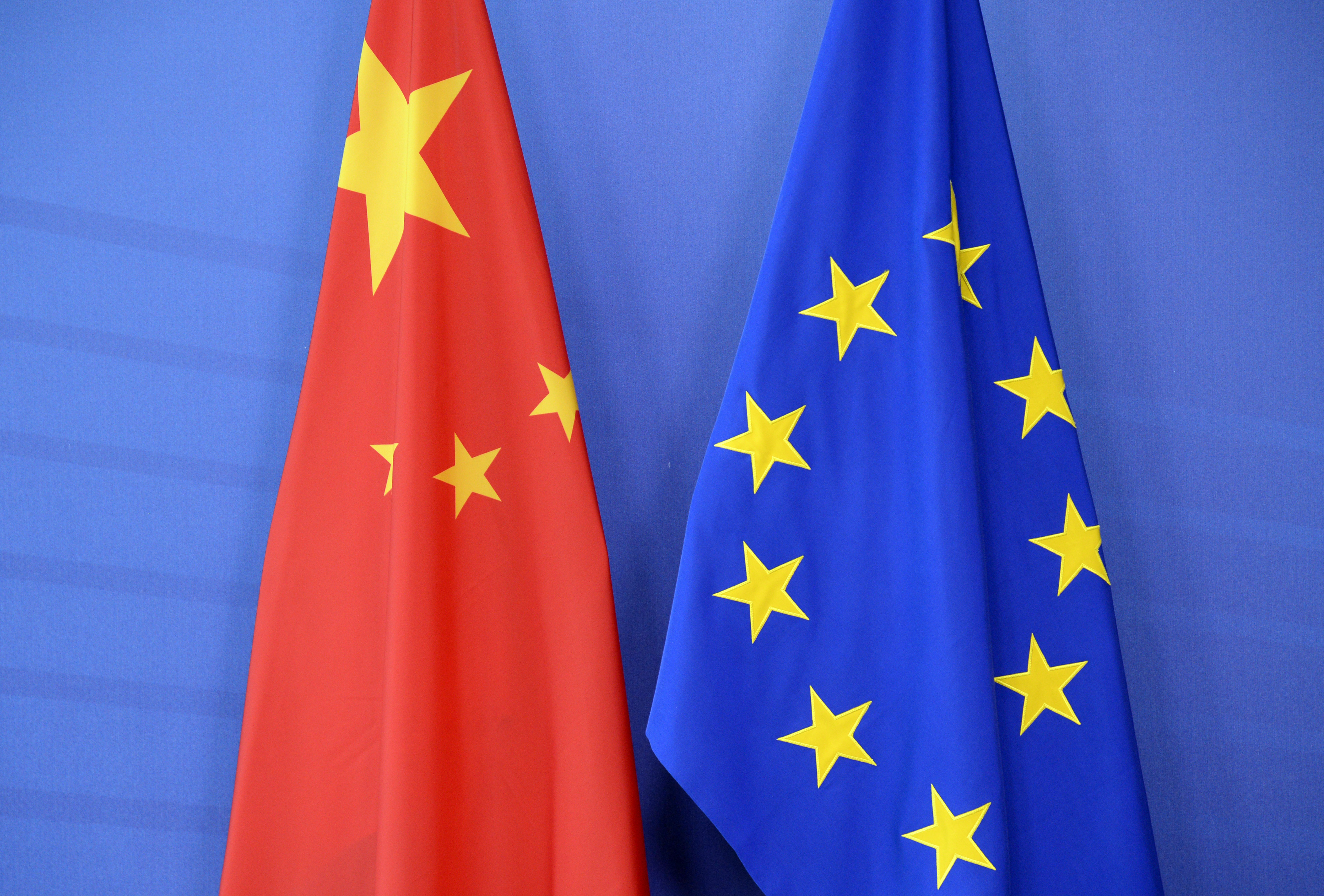 In this file photograph taken on June 29, 2015, a Chinese flag (L) is draped beside the European Union (EU) flag during a EU-China Summit at European Union Commission headquarters in Brussels. (Photo: AFP)

BEIJING, Dec. 31 (Xinhua) -- China and the European Union have completed investment agreement negotiations as scheduled, which is a milestone in the development of China-EU relations, a Chinese commerce official said Thursday.

"The investment agreement is beneficial to China, the EU and the world. It is of great significance and will have a far-reaching impact," Li Chenggang, assistant minister of commerce, told Xinhua in an interview.

The investment deal, announced by both sides on Wednesday after seven years of negotiations, is a hard-won achievement.

China and the EU have held 35 rounds of negotiations since 2013. This year, the two sides overcame the adverse impacts of the COVID-19 pandemic and completed negotiations as scheduled.

During the negotiations, China and the EU made high-level market access commitments, formulated balanced and comprehensive rules for fair competition, and strengthened commitments to sustainable development, Li said.

Noting that this year marks the 45th anniversary of the establishment of diplomatic ties between China and the EU, Li said the agreement will create more opportunities for Sino-EU cooperation, bring tangible benefits to enterprises from both sides, and enhance mutual political trust.

Amid the COVID-19 pandemic and global economic slowdown, the completion of the investment agreement negotiations is among the concrete actions that China and the EU have taken toward building an open world economy and upholding the multilateral trading system, Li said.

It will also help stabilize and smoothen global industrial and supply chains and inject impetus into the global economic recovery, he added.