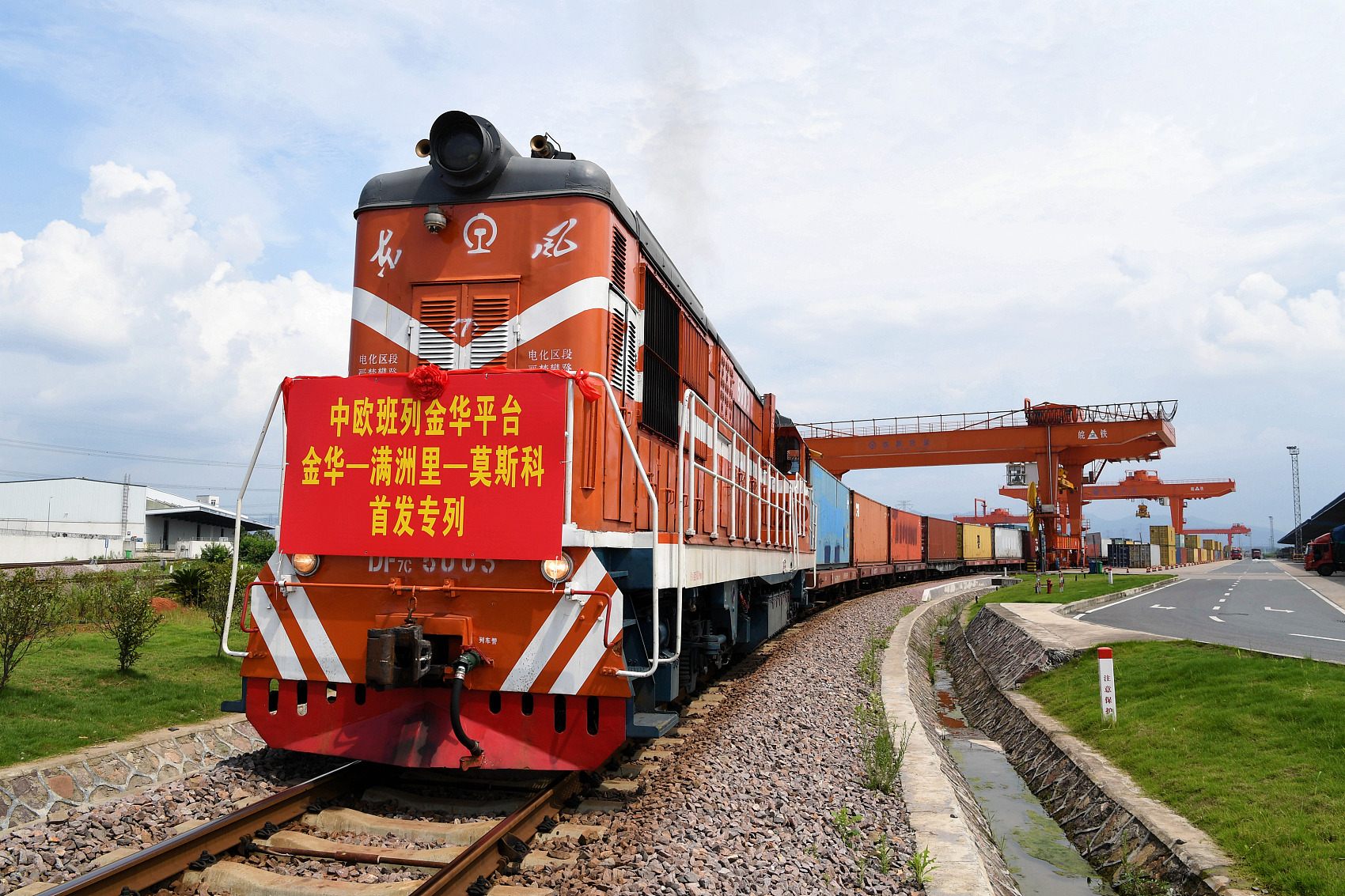 According to the latest figures released by the China State Railway Group, a total of 1,232 freight trains traveled from multiple Chinese cities to Europe in July, up 68 percent compared with the same period last year, the report said.

The freight trains have played an important role in helping stabilize the international logistics supply chain, with cargo sent by trains up 73 percent year-on-year to 113,000 twenty-foot equivalent units last month.

China's rail shipments to Europe have shown strong momentum as the country's economy has gradually recovered from the fallout of the coronavirus pandemic.

The surge in railway transport also showed that China has already developed "a reliable transport route" to send the country's manufactured products abroad, according to the report.