China, France vow to join hands in opening up, free trade and multilateralism 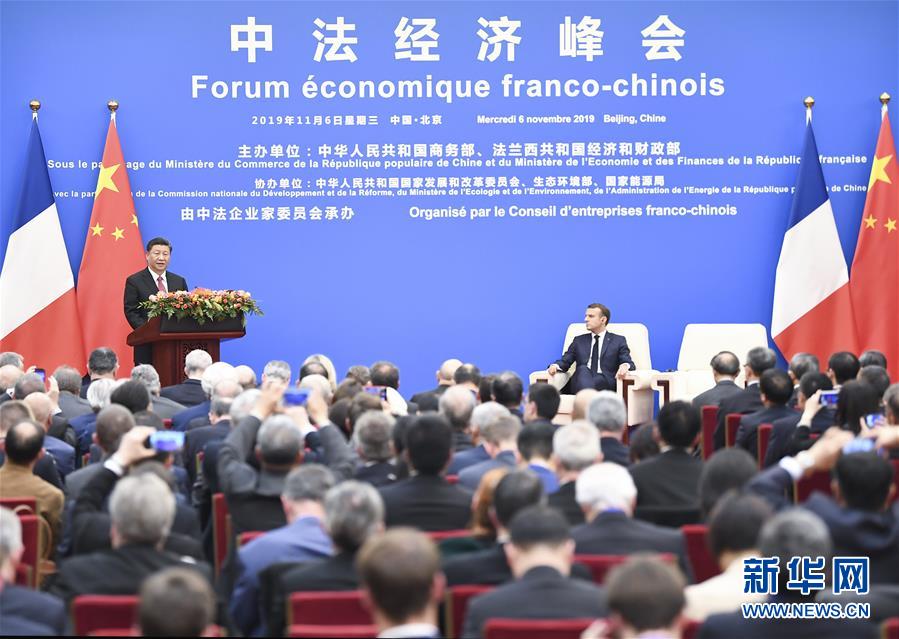 China and France vowed to join hands in opening up, free trade and multilateralism and to inject impetus into world economic growth together.

Presidents of the two countries made the comments in speeches while attending the closing ceremony of a China-France economic forum at the Great Hall of the People in Beijing on Wednesday.

Xi said China's strategy of opening up serves not only its own people and development but also other countries and their peoples as well.

He reiterated that China's door will remain open to the world and called for the doors of France and the EU to open up fairly to Chinese investors.

French President Emmanuel Macron, who's on a three-day trip to China starting Monday, spoke highly of China's opening-up in his speech, saying it has presented a valuable opportunity for countries including France and the French enterprises will continue to explore the Chinese market courageously.

Meanwhile, the two leaders announced agreements on Tuesday worth 15 billion U.S. dollars.
The deals cover aviation, energy and agriculture, as well as French exports of poultry, beef and pork to China.

Xi said the two nations' relationship has maintained a strong momentum since agreements were reached by the two sides in March, adding that stronger cooperation is necessary.