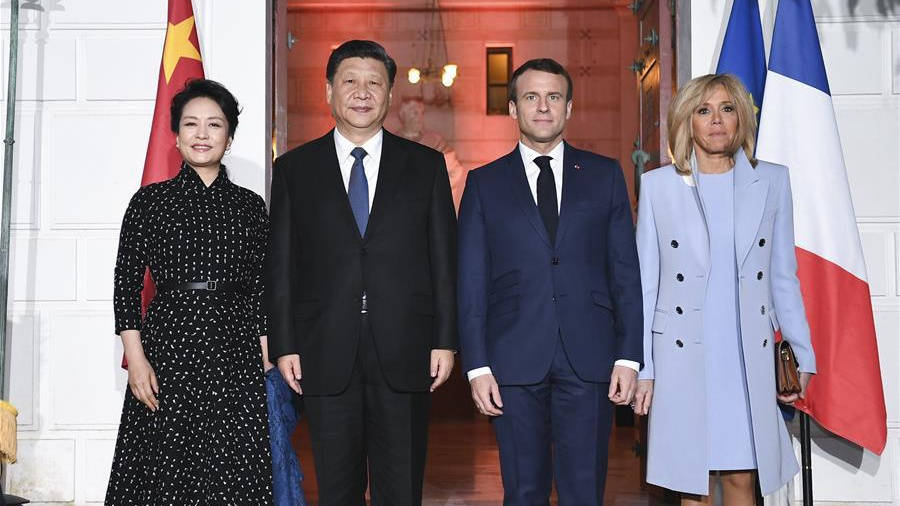 China and France will make joint efforts to promote multilateralism based on international law, uphold a rules-based multilateral trading system, and fully implement the 2015 Paris climate accord, according to a joint statement of the two countries.

The statement was released on Tuesday during Chinese President Xi Jinping's state visit to France at the invitation of French President Emmanuel Macron.

Beijing and Paris agree that upholding multilateralism is the "best way" to promote international cooperation in addressing common risks and challenges and maintaining world peace and prosperity, the statement said.

The two countries are firmly committed to maintaining the international system with the UN at the core, and will work together to improve the UN's efficiency and responsiveness and enhance its ability to address global challenges.

China and France call for improvement in global economic governance and are working on a more open, transparent, inclusive system for economic globalization without discrimination, the joint statement said.

The two sides agree to maintain the rules-based multilateral trading system with the World Trading Organization (WTO) at its core.

Both countries believe that all WTO members should keep their commitments and fulfill their obligations.

China and France pledge to joint hands to build an open global economy and oppose protectionism in all forms, the agreement said, noting that the two sides will support the WTO to carry out necessary reforms to better tackle challenges ahead.

To benefit both sides, the two countries will reach a Sino-Europe investment agreement including content about market access and investment protection, according to the statement.

It also voiced support to the efforts from China and the European Union in aligning the Belt and Road Initiative with the Eurasian interconnection strategy.

China and France vow to promote building a modern, sustainable and fair global tax system under the mechanism of G20, and encourage dialogue in a wide range of fields, including structural reform, the digital economy and the fight against corruption. 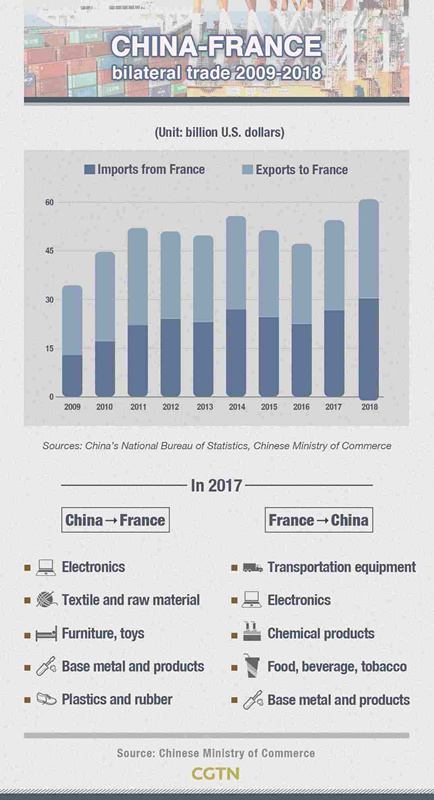 About one third of the statement is focused on environmental protection, especially in the areas of tackling climate change and maintaining biodiversity.

China and France promise to go on carrying out the Paris climate accord, guiding the public to invest more into relevant sectors and conducting negotiations on controversial topics.

The two countries also agree to prepare for the 15th Conference of the Parties to the Convention on Biological Diversity to be held in Beijing at the end of 2020.

Crimes like poaching and trading endangered species will be punished. Protecting biodiversity in the sea and in Antarctica has been stressed in the announcement.

France is the last leg of Xi's three-nation Europe tour starting from last Thursday. He already concluded visits to Italy and Monaco.