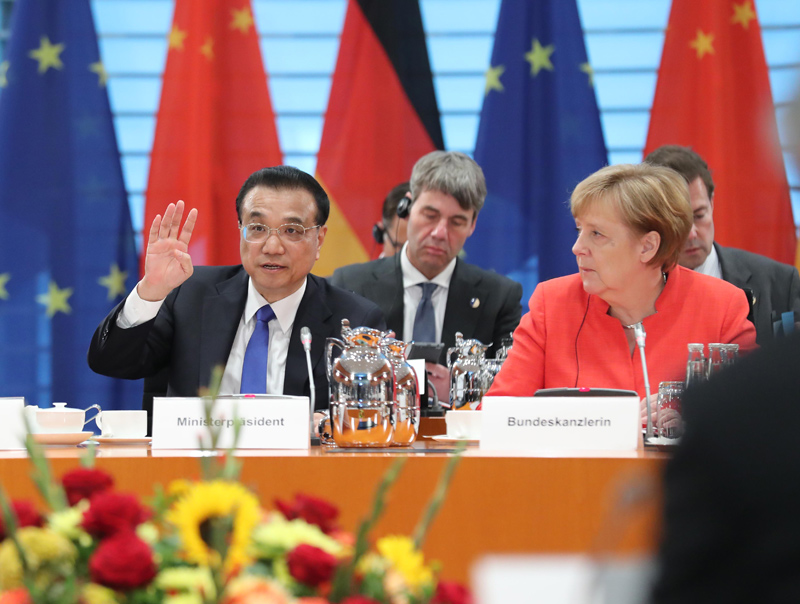 Science and technology cooperation between China and Germany has been highlighted as a strong point of ties between the two countries during Chinese Premier Li Keqiang's ongoing visit in Germany.

Li and his German counterpart, Angela Merkel, have co-chaired the fifth round of intergovernmental consultations and agreed to strengthen cooperation on scientific and technological innovation.

This year also marks the 40th anniversary of the signing of the Sino-German Intergovernmental Scientific and Technological Cooperation Agreement, which has over the last four decades become a key source of collaboration.

Since the two countries adopted the joint action plan known as 'shaping innovation together' in 2014, they have been advancing ties in such areas as molecular medicine, green and lightweight mobility, clean water and intelligent manufacturing.

Meanwhile, research institutes and businesses from both countries have also been cooperating closely so that research outcomes can be quickly applied to production.

Zhang Jianwei, director of the TAMS, an artificial intelligence research center (AI) at Germany's Hamburg University, said cooperation on AI is promising and will affect a variety of other areas such as education, health, intelligent system and robotics.

Li Zhenguo, head of the photovoltaic company LONGi Green Energy Technology, said there is huge potential for China and Germany to cooperate in the solar power industry, given their ambitious plans to transform to clean energy.

"Germany has made great contribution to the industry. With technology evolvement and material cost reduction, solar energy might become the cheapest power source in the future and benefit the worlds's eco-system," Li said.

Many technological breakthroughs have been achieved ever since, for example, the world's first rail vehicle with carbon fiber structure.

"The results have shown that our cooperation model has been successful and demonstrative in various industries at home and abroad," Hurenbach said.

"With my nearly four decades of cooperation with the Chinese side, I strongly believe that our success in technological cooperation is based on mutual trust and benefits. I'm fully confident about the prospect of further cooperation on science and technology in future," he said.

According to Huang Wei, head of the battery producer Contemporary Amperex Technology GmbH (Germany), the company is developing future-generation lithium batteries in partnerships with German car makers BMW and Volkswagen, as well as some academic institutes.