China and Ghana will co-produce a feature film titled "Ebola," commemorating Chinese medical aid to West Africa against the Ebola epidemic in 2014. 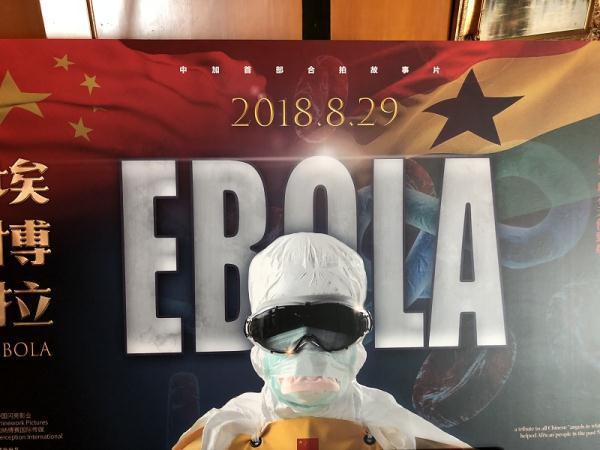 At a signing ceremony of the film project held in Beijing last week, Shen Jian, a producer from the Chinese side, said the Chinese anti-Ebola medical workers, who worked alongside African people, have "composed a grand chapter of a community with a shared future between China and Africa."

Ghana used to be home to the headquarters of the UN Mission for Ebola Emergency Response which coordinated the global response to the outbreak of the deadly disease, and the Ghanaian film industry witnessed how Chinese medical teams provided humanitarian relief to Ebola-hit countries, said Ghanaian producer Albert Mensah.

He said the start for film co-production is expected to contribute to a stronger Africa-China relationship with the "power of images."

According to the producer-in-chief Wang Xiaoyan, the film will be shot in Africa next year and the production is scheduled to be finished in 2020, in celebrating the 20th anniversary of the Forum on China-Africa Cooperation.

China has sent more than 1,200 medical personnel and public health specialists to areas affected by Ebola since the epidemic outbreak.