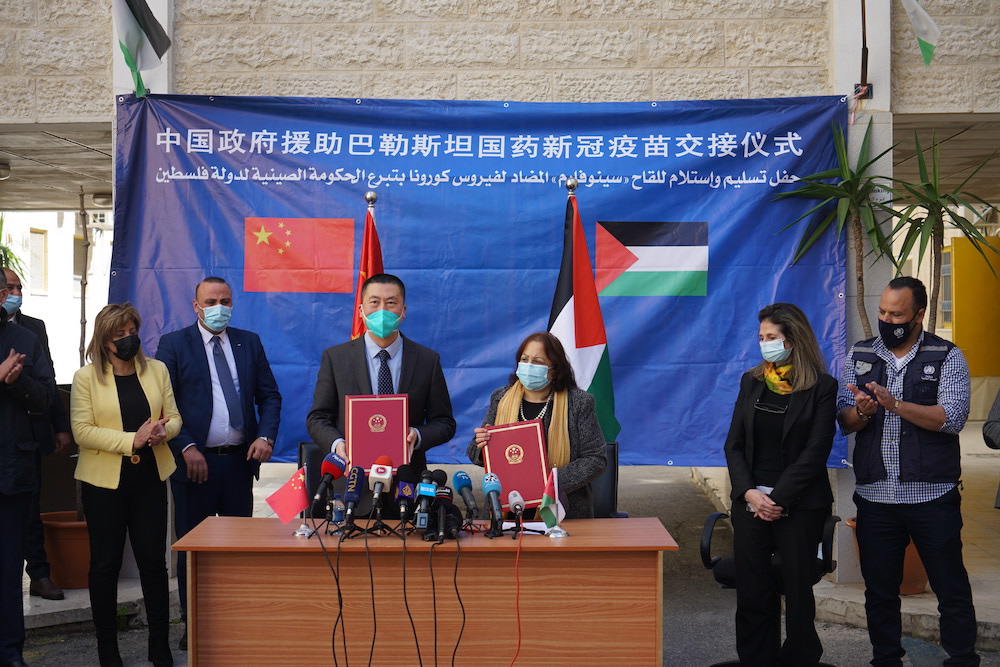 RAMALLAH, March 29 (Xinhua) -- China on Monday handed over a batch of donated Sinopharm COVID-19 vaccines to Palestine to support its nationwide fight against the pandemic.

This is "(China's) latest move to implement both the important consensus reached between the two heads of state and the solemn commitment by Chinese President Xi Jinping to provide COVID-19 vaccines as a global public good," said Guo Wei, head of the Office of the People's Republic of China to the State of Palestine, during the handover ceremony.

China has been helping Palestine in its anti-coronavirus fight since the outbreak of the disease in the country in March last year. China has donated several batches of medical supplies to Palestine in 2020, and a Chinese team of medical experts was sent to Palestine last June to support its fight against the pandemic.

On March 21, Palestine launched a mass COVID-19 inoculation campaign in a bid to curb the fast spread of the virus across the West Bank and the Gaza Strip. 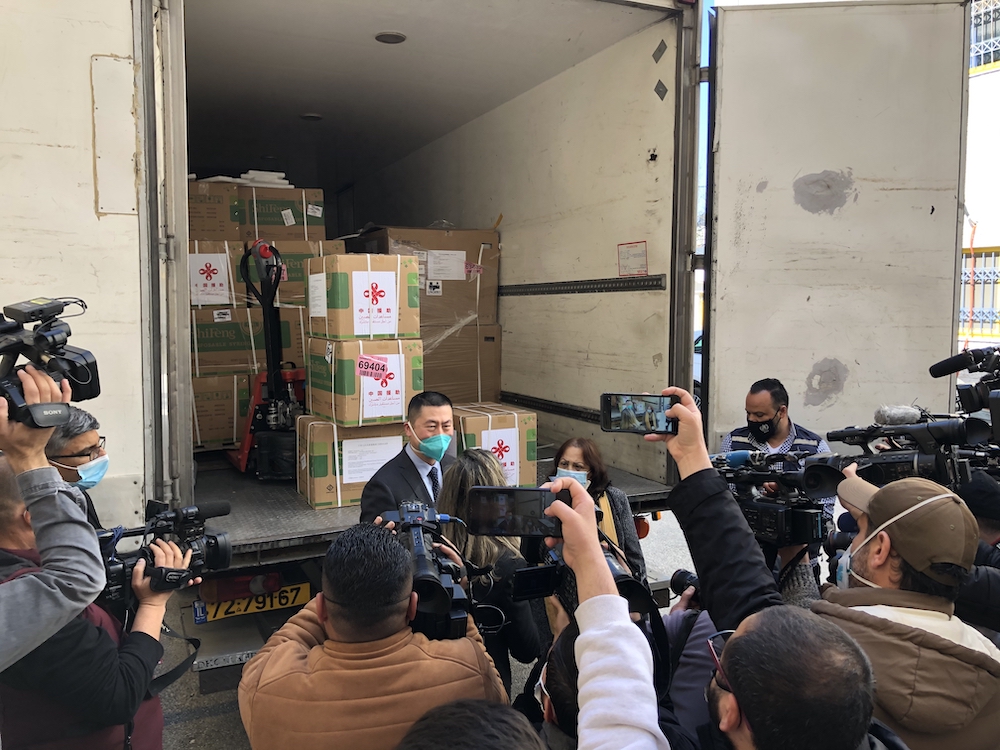 "This year marks the 100th anniversary of the founding of the Communist Party of China (CPC) and the 33rd anniversary of the establishment of diplomatic relations between China and Palestine. In this special year, China is ready to work with Palestine to meet challenges, build a community with a shared future for mankind and inject new content into the friendly Sino-Palestinian relationship," he concluded. 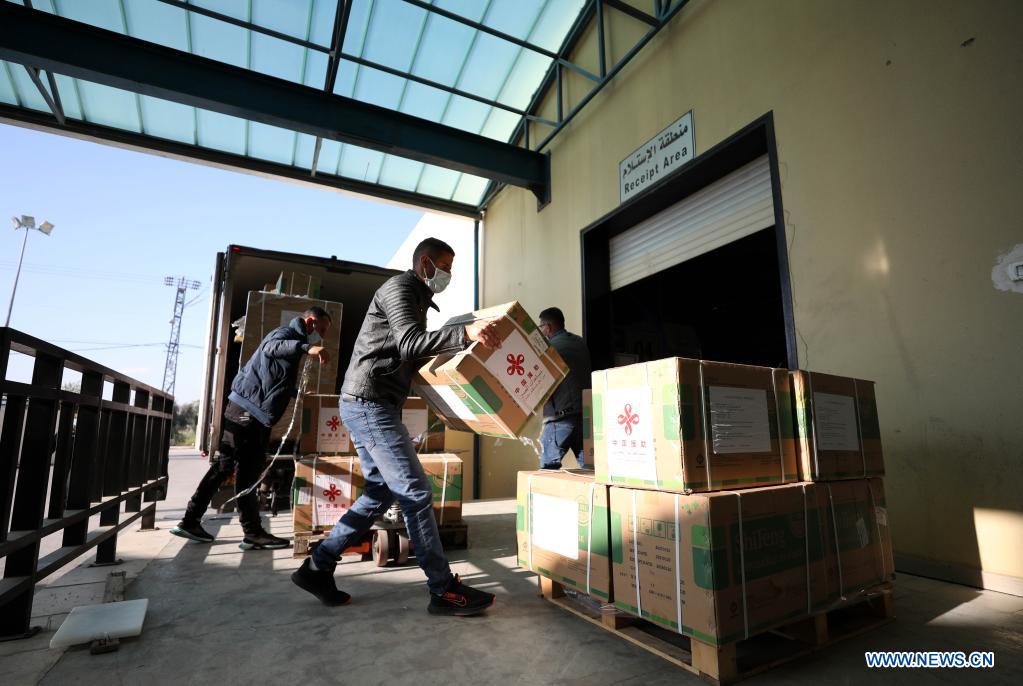 Meanwhile, Palestinian Health Minister Mai al-Kaila thanked the Chinese government and people for contributing to Palestine's vaccination campaign, noting the batch from China is the largest single donation of COVID-19 vaccines Palestine has received so far.

"Palestine highly appreciates China's commitment to provide coronavirus vaccines as a global public good and its selfless assistance to Palestine and other developing countries with a responsible attitude and concrete measures," she said. 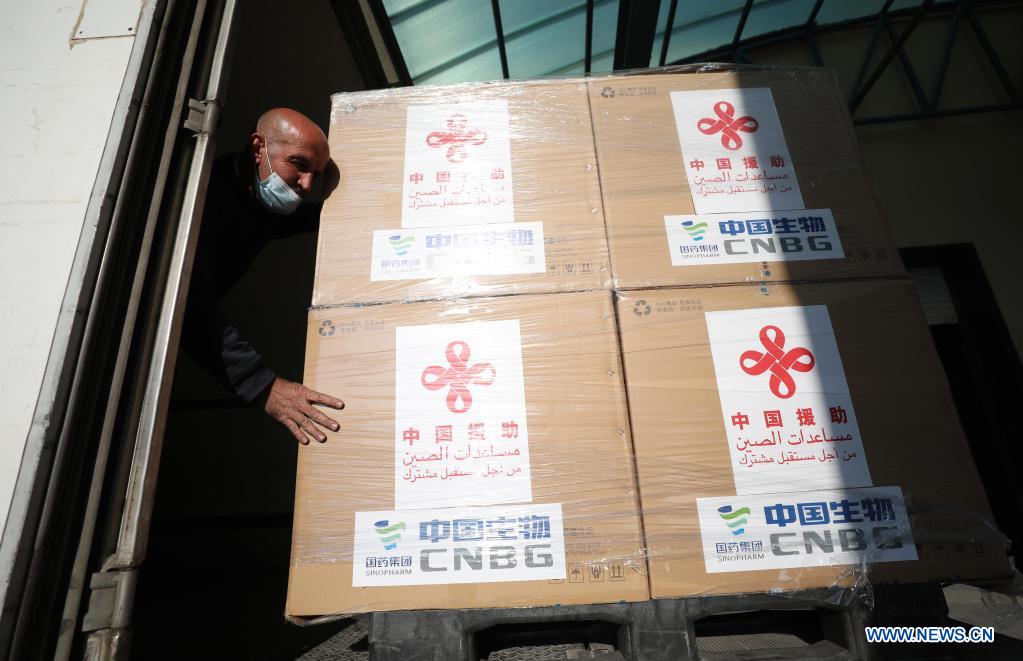 Palestine already approved China's Sinopharm vaccine for emergency use, according to the Health Ministry.