After the installation of street lamps, the road connecting Mandalay, Naypyidaw and Yangon in Myanmar has seen more traffic. 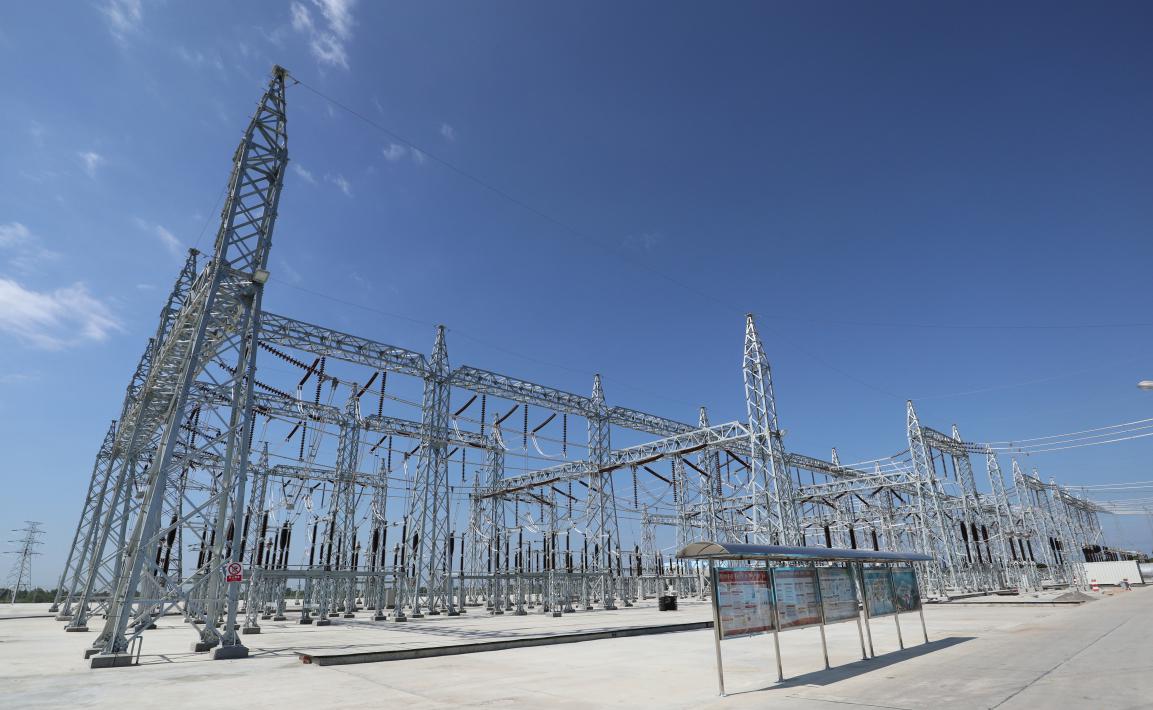 It was not until a Chinese electricity companies' arrival that more Burmese are able to access electricity.

Of Myanmar's 10.88 million households, half have experienced electricity shortages and about 43,000 villages have yet to be connected to the national electricity network.

So far, according to credible sources, about half of the country has access to electricity and full electricity coverage is expected to be achieved by 2030.

To deepen cooperation in the field of electricity is an important part of the co-construction of the Belt and Road between China and Myanmar, said U Win Khaing, Myanmar's Union Minister for Electricity and Energy. Early on, Myanmar's State Counselor Aung San Suu Kyi said that to improve people's livelihood, the first thing to do is to develop the electricity industry.

"Such cooperation is vital for the construction of the China-Myanmar Economic Corridor (CMEC), and will accelerate infrastructure connectivity of the whole region," the minister said.

U Win Khaing recently attended the opening ceremony of the Shwebo transformer substation in Shwebo, a city in northwestern Myanmar's Sagaing region. The 230 KV power transmission line and substation project was built by State Grid Corporation of China (SGCC). It can deliver electricity from northern Myanmar to centers in the southern part of the country and satisfy industrial, commercial and residential demands. 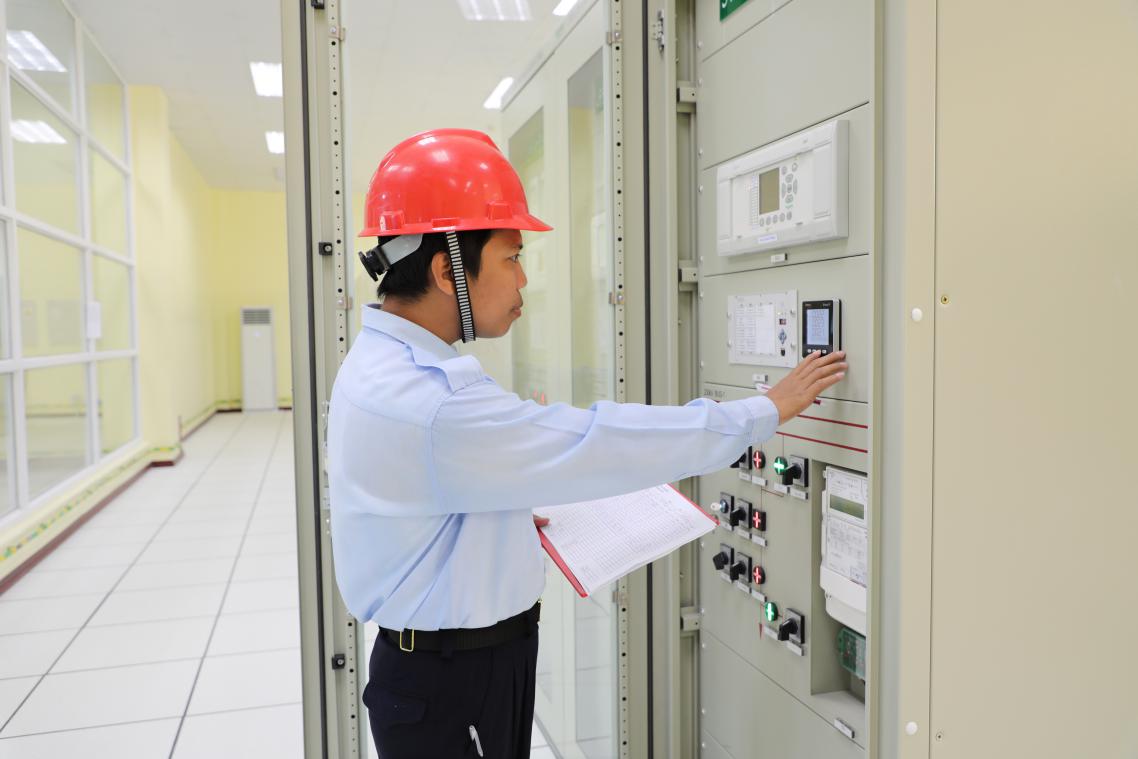 A staff member checks data at a Shwebo transformer substation.

The project provides the region with economical and a stable electricity supply, bringing tangible benefits to local residents, said Chief Minister of Sagaing U Myint Naing.

In two years' time, the number of hotels in Shwebo has exceeded 20. At night, the streets are illuminated and shops on both sides of the street are decorated in colorful lights, making the fruits displayed for sale more attractive. 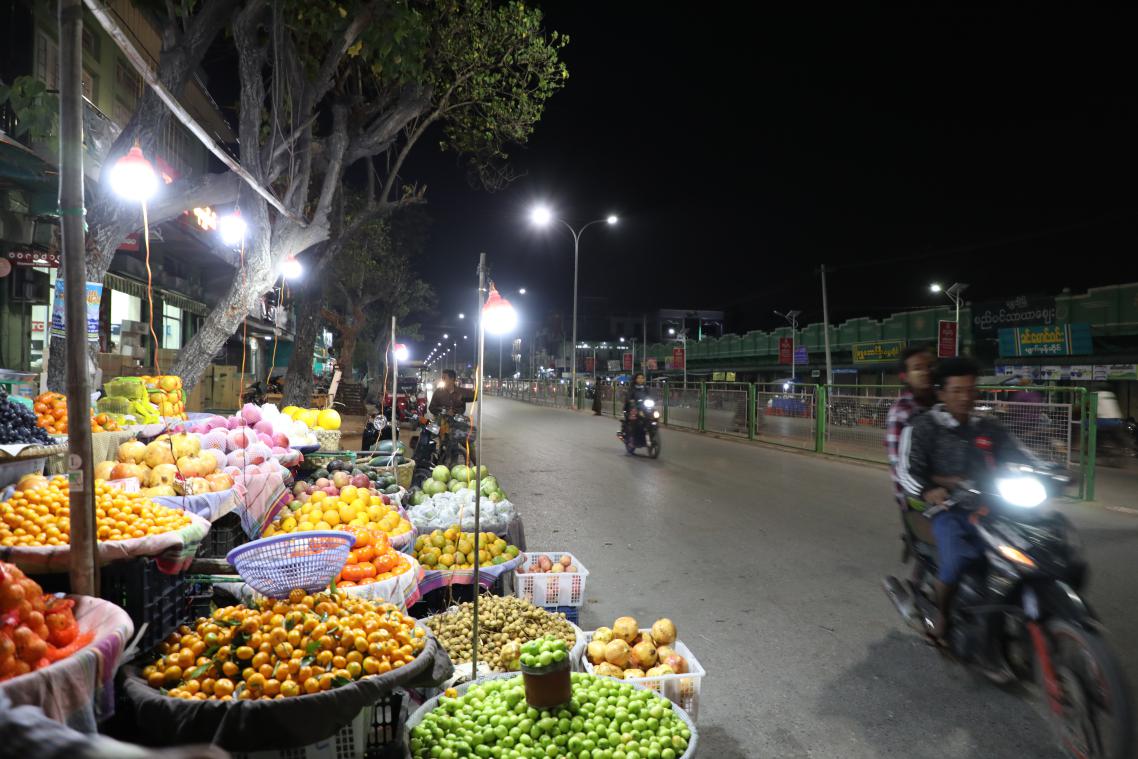 "More and more people now like to take a walk, dine or go shopping at night, making the city livelier. Electricity outages and circuit breakers tripping are now in the past. With stable electricity supply, I haven’t used the electricity generator for a long time," said a local resident.

Built in 2004, the Shwebo Industrial Zone is home to about 200 companies, such as rice processing companies and home appliance manufacturers.

The industrial zone was supported by a power transmission line and a substation project. However, the electricity network has aged over the years and circuit breaker tripping and power outages happen frequently. Companies have struggled with attracting more investment.

Since electricity shortage is no longer a problem, a growing number of companies are planning to move into the industrial zone, he said.

The Thaketa gas-fired combined cycle power plant in Thaketa township, Yangon was also constructed and operated by a Chinese company.

Having the highest level of operational efficiency and being the most energy-efficient gas-fired power plant in Myanmar, the power produced by the plant accounts for 15 percent of local electricity consumption.

With gas-fired turbines and steam turbines, the Kyaukpyu gas-fired power plant could generate 1 billion kilowatt hours of electricity upon completion. It will significantly improve power supply to surrounding areas, boost the local economy, create job opportunities and facilitate the construction of the China-Myanmar Economic Corridor.

"Over the past three years, Myanmar's Ministry of Electricity and Energy has been increasing power supply at an annual rate of 12 percent," said U Win Khaing.

"A lot of Chinese electricity companies have come to Myanmar,” He said. "Myanmar welcomes their arrival. Their power production and transmission projects have demonstrated the strength of Chinese companies in electricity infrastructure construction.”