Chinese scientists will help Tajikistan investigate the grassland degradation of its alpine pastures in August. 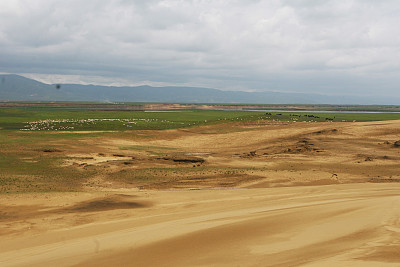 Researchers from the Xinjiang Institute of Ecology and Geography under the Chinese Academy of Sciences worked with counterparts in Tajikistan this spring to investigate grassland degradation in southern, northern and eastern regions.

They traveled about 1,200 kilometers to study and collect samples of vegetation, soil and microorganisms. They also investigated livestock farming methods and surveyed local families.

The number of cattle there jumped from one million in the 1990s to six million in 2010.

Chinese researchers will also investigate grassland issues in central Asian countries such as Kyrgyzstan and Kazakhstan and offer solutions to problems.

They will introduce technologies and management methods that have proved effective in China to help the construction of a "green Silk Road," said Li.