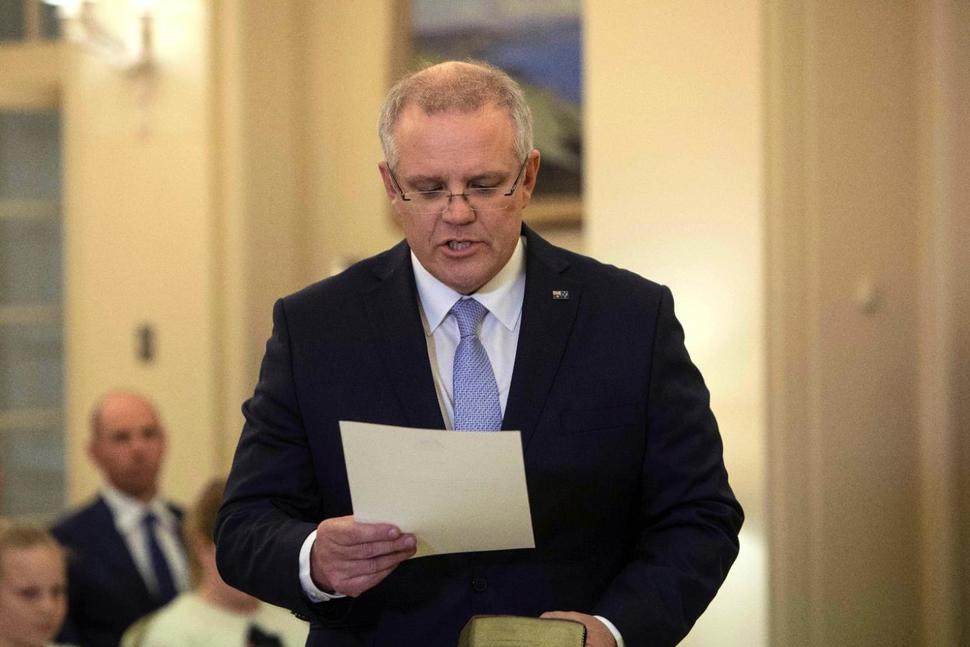 Foreign Ministry spokesman Lu Kang said China has maintained a consistent and clear position on developing its ties with Australia. Healthy and stable bilateral ties are in line with the fundamental interests of people in both countries and help peace and prosperity of the region and the world, he said.

Morrison had served as minister for immigration and border protection and minister for social services before being appointed as treasurer after Malcolm Turnbull became prime minister in 2015.

Turnbull resigned as prime minister after 45 of the 85 Liberal Party members of Parliament voted to vacate the leadership at the meeting.

Ruan Zongze, vice-president of the China Institute of International Studies, said he hoped the new Australian government would take effective measures to reverse the downturn in bilateral ties.

The ties worsened under Turnbull's government, as Austral ian media and politicians made many unfounded comments about China, Ruan said, referring to their accusations of China's "interference" in Australia's domestic affairs.

Turnbull sent a positive message on China in a speech earlier this month, in what Ruan said was an attempt to correct the negative approach. But this was followed on Thursday by an Australian ban on Chinese telecommunications company Huawei providing equipment for Australia's 5G network.

The ban is "full of discrimination against Chinese companies", Ruan said, adding that he hoped the new government would review and rectify it, so that Chinese companies can enjoy a fair and reasonable commercial environment in Australia.

China is Australia's largest trade partner. It is also the largest market for Australian exports and the largest source of imports to Australia, according to the Foreign Ministry.

For more than two decades, Australia's economy has benefited from healthy ties with China, and such ties need to be more stable, Ruan said.