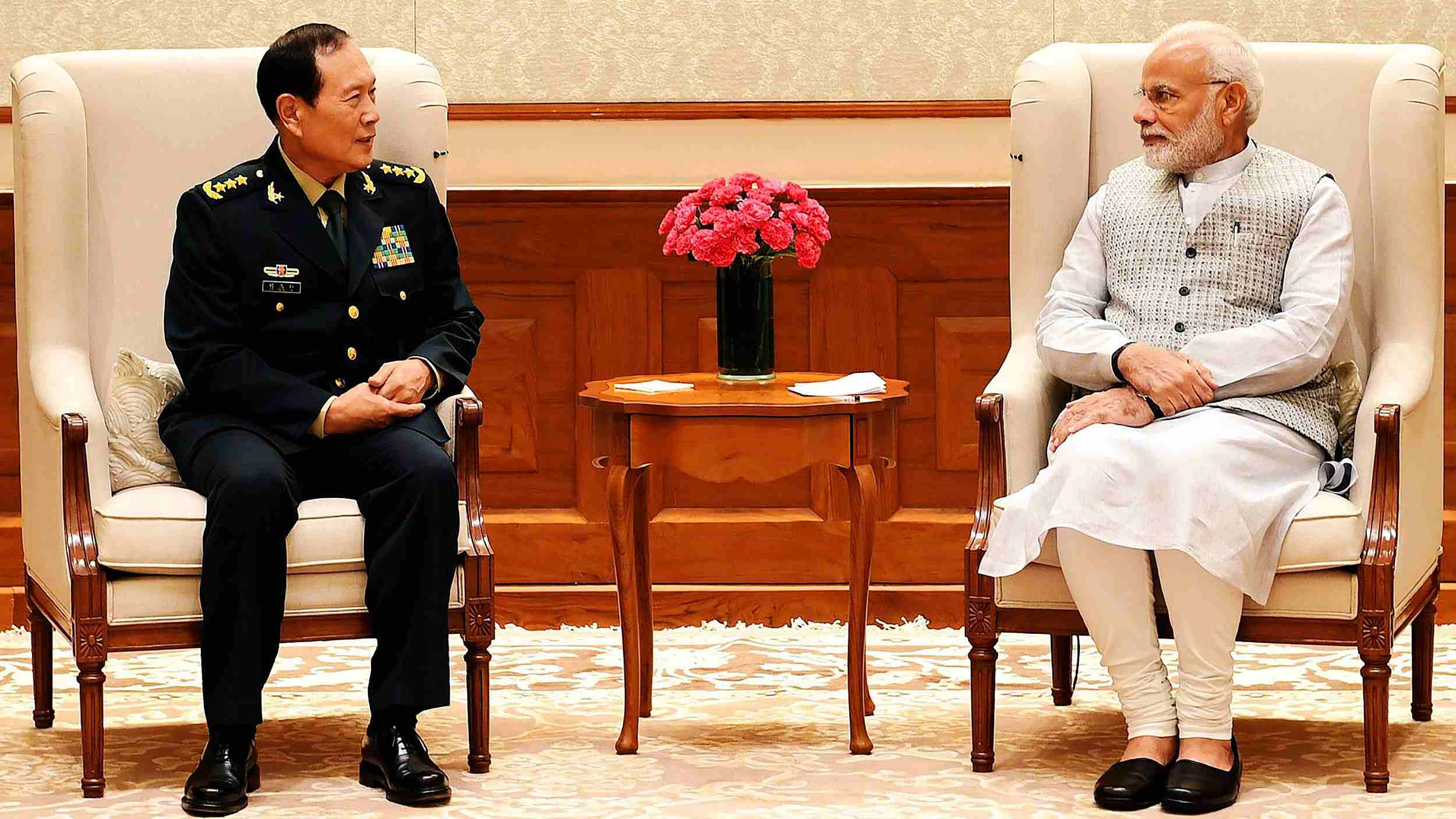 China and India are in talks to establish a “direct confidential telephone” link between their defense ministries and are also discussing the possibility of a revision of the 12-year-old bilateral defense agreement with an aim to set up a new mechanism for military cooperation, the Chinese Ministry of National Defense (MND) revealed on Thursday.

"In 2006, China and India signed a memorandum of understanding on defense exchanges and cooperation. Recently, the Indian side conveyed its willingness to sign a new version of MOU. China has positive attitude toward it. The two sides are in communication with each other," the MND Spokesperson Senior Col Wu Qian said addressing a press conference in Beijing.

The Defense Ministry spokesperson said that both sides "talked about establishing the mutual visits mechanism between the defense ministers", and also "setting up a direct confidential telephone between the two defense ministries". Wu added that the ministries will communicate and coordinate with each other on the specifics of the telephone link in the next phase of talks.

In New Delhi, Wei and Sitharaman also discussed ways to "strengthen exchanges at all levels including [that of] defense authorities, theater commands and different services, setting up border hotlines between adjacent military commands" and "better playing the role of defense and security consultation mechanisms and the meeting mechanism between the working delegations of defense ministries," the spokesperson said.

Wei has extended an invitation to Sitharaman to visit China.

The Indian Prime Minister, during his meeting with Wei on August 21, emphasized the historic ties between both the nations dating back to ancient times with broad common interests and reiterated that Beijing and New Delhi should join hands and support each other in striving for win-win cooperation of mutual benefit.

Echoing Modi's statement, Wu on Thursday stressed that both China and India, as major powers in Asia, "shoulder important responsibilities in maintaining regional peace and stability."

"If the dragon and the elephant dance together, the two sides benefit; and if they compete and fight with each other, it will benefit neither but others," said Wu, who's also the director-general of the MND's information office.

"We are willing to work together with India to actively implement consensus reached by leaders of the two countries, to enhance communication and coordination, to deepen mutually beneficial cooperation, to appropriately manage differences and to facilitate the development of the military-to-military relationship in a healthy and steady manner," he said.