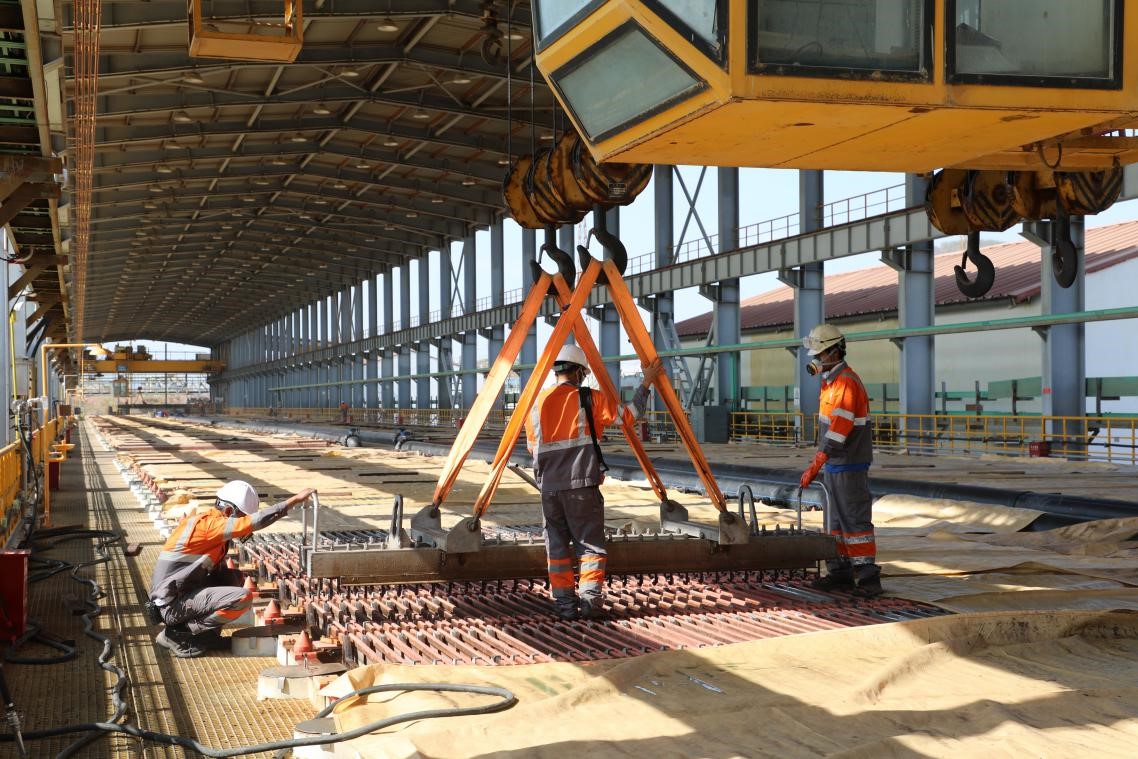 Letpadaung copper mine project in Monywa, Sagaing Region of Myanmar, as one of the demonstration projects under the framework of the Belt and Road Initiative (BRI), has brought tangible benefits to Sagaing Region.

Operated by China’s Wanbao Mining Ltd. and with a predicted production life of around 30 years, the Letpadaung copper mine is so far one of the largest copper hydrometallurgy projects in Asia.

Attaching great importance to its social responsibility, the Chinese company has endeavored to carry out community assistance and development programs in the locality of the copper mine, creating an economic ecosphere featuring organic integration with the Letpadaung copper mine as the core. 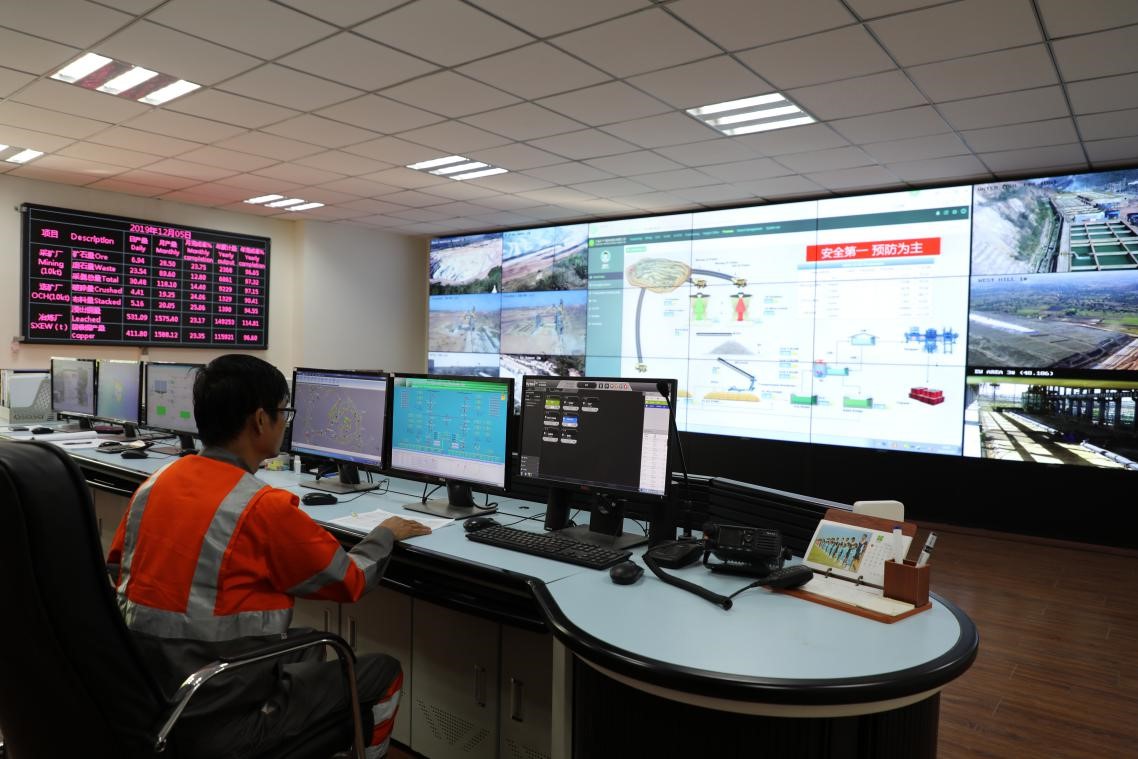 A technician works in the master-control room of Letpadaung copper mine. (Photo: Sun Guangyong/People's Daily app)

"The Letpadaung copper mine has realized win-win results for five parties, including Chinese companies and their Myanmar cooperative partners, as well as the government of Myanmar, adjacent communities of the project, and employees in the copper mine, who have gained long-term and stable revenues and earnings from the project," said U Tin Aye, former chairman of Myanmar's Union Election Commission (UEC).

The project is of profound significance for Myanmar's national economic development, and the improvement of people's living standards, U Tin Aye told the People's Daily.

Various equipment used in the Letpadaung copper mine was purchased from around the globe, and the technological level and the mine's capacity for processing and management are all among the best in the world. In addition, the amount of taxes paid by the project is also among the highest in foreign-funded enterprises in Myanmar.

The Letpadaung copper mine has realized high-quality development through promoting improvement in quality and efficiency. In 2018, the mine’s output of cathode copper exceeded 100,000 tonnes for the first time since it was put into operation, and the cathode copper yield of the mine reached 120,000 tonnes in 2019.

"The technology applied by the Letpadaung copper mine is recognized as the most environmentally friendly technology of copper hydrometallurgy in the world. The project has gained environment control qualifications from international certification authorities for all relevant processes. It can stand any test," said an executive of the mine.

The quality of products produced in the Letpadaung copper mine has gained recognition from more and more countries as their understanding of the project increases with each passing day, stressed the executive.

In order to maintain a good natural environment in the area, the Letpadaung copper mine project has carried out continued efforts to monitor such aspects in the project area and its surrounding communities as surface water, underground water, air, noise, and soil. New monitoring points are constantly added to the project with the improvement in the production facilities of the project.

“Wanbao Mining Ltd. pays high attention to sustainable development. It has adhered to the principle of exploitation while reclamation, endeavoring to build a green mine. So far the company has reclaimed a total of 360,000 square meters of land, and the first batch of shrubs planted in the area have reached the height of a man,” an executive at the mine lot told the People’s Daily.

At present, the number of Myanmar employees in the project has exceeded 3,500, accounting for 90 percent of the total staff members on the project. The project has provided training in various professional skills for more than 8,000 people.

According to a Myanmar assistant engineer in the project, his salary is far higher than the average pay level of the locality.

“My family is now building a new house, which costs about $40,000. All the money is from my salary. My friends all envy my opportunity to work in the Letpadaung copper mine. And the fellow students at my old school have asked me when the mine will start new recruitment and how they can be prepared for the jobs,” said an assistant engineer.

In the evening, a room in the project area is usually brightly lit, with all the tables filled with employees learning Chinese. Meanwhile, a vocational school in the area, which covers an area of about 40,000 square meters, is gradually taking shape.

Wanbao Mining Ltd. plans to open an international vocational school to offer continued, professional, and systematic training in vocational skills for employees, so as to promote the development of vocational education in the locality of the project and provide intellectual and technological support for the economic and social development of the surrounding areas of the project.

Besides promoting economic development of Myanmar, the copper mine has also brought significant benefits to the local people of Myanmar since its completion.

Under the concept of "extensive consultation, joint contribution, and shared benefits", Wanbao Mining Ltd. has helped more than 30 villages near the mine embark on a path to prosperity.

In an effort to improve the living conditions of the people living in areas adjacent to the project, the Chinese company and its cooperative partners have established a specialized fund for the social development of the neighboring communities.

By the end of 2019, the project has accumulatively invested about $8 million in multiple fields, including repairing roads, supply of water, supply of electricity, education, medical care and health, significantly improving the infrastructure and people’s living standards for the local communities.