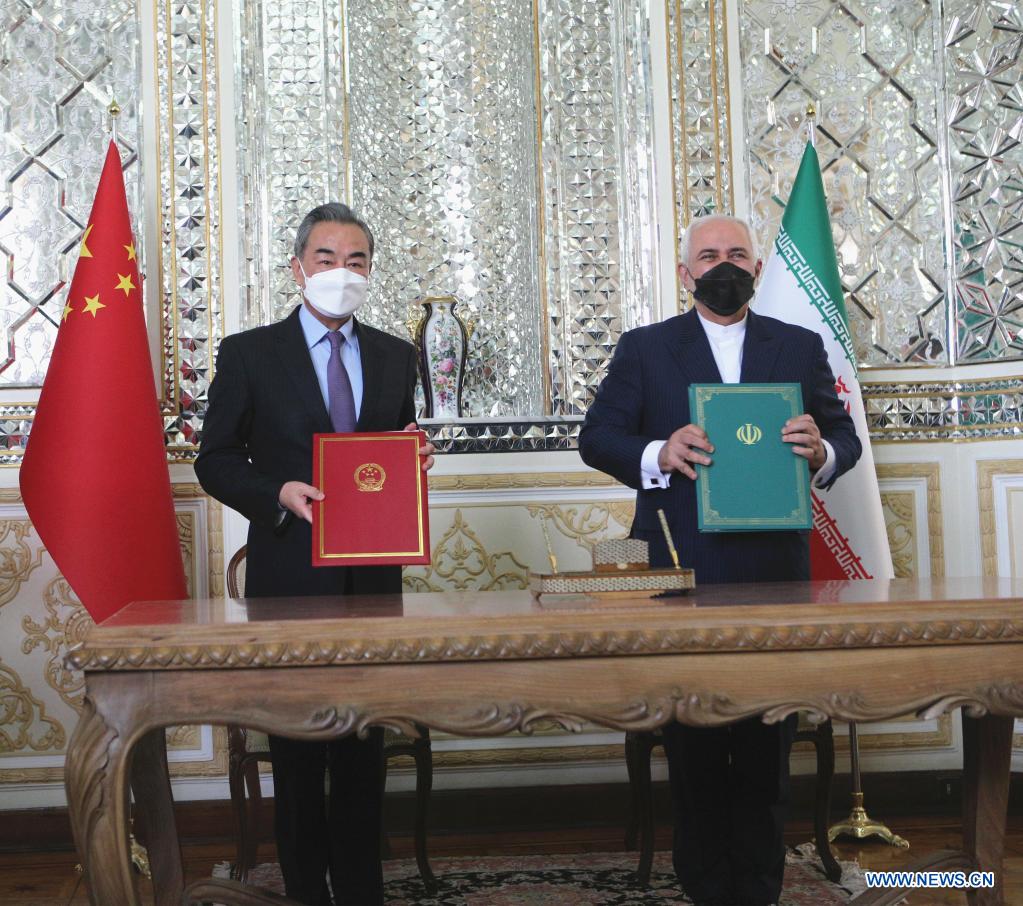 The plan for China-Iran comprehensive cooperation is the result of both sides' efforts after they issued a joint statement on establishing a comprehensive strategic partnership in January 2016, said Wang.

Zarif said that the signing of the comprehensive cooperation plan will inject new impetus into further strengthening their mutually beneficial cooperation.

Wang said that, since the establishment of diplomatic ties 50 years ago, China and Iran have maintained close communications, shown mutual understanding and support, and continuously deepened the political mutual trust.

China stands ready to strengthen cooperation with Iran in fields such as fighting epidemics and protecting public health, and push forward the construction of a community of health for mankind, Wang said.

He also called for enhancing the China-Iran cooperation within the framework of the Belt and Road Initiative to promote further development of the bilateral relations.

The Iranian diplomat also praised China's firm support for Iran's opposition to illegal unilateral sanctions imposed by the United States, while vowing to stand with China and oppose some Western forces' ungrounded pressures on China.

On the Iranian nuclear issue, the Iranian top diplomat stressed that the United States, instead of making unreasonable demands on Iran, should take the first step, lift unilateral sanctions against Iran, and return to the Joint Comprehensive Plan of Action (JCPOA).

Calling China as a reliable partner on this matter, Zarif said Iran is willing to work closely with China to push the JCPOA back on track.

Wang said that the current situation of the Iranian nuclear issue was caused by the unilateral withdrawal from the pact by the United States.

The two ministers also exchanged views on international and regional issues of common concern, and attended the exhibition of historical documents on the China-Iran friendly exchanges.

After the meeting, they signed the document on the plan for China-Iran comprehensive cooperation.