China is 'example' for Pakistan and developing world: Pakistani PM 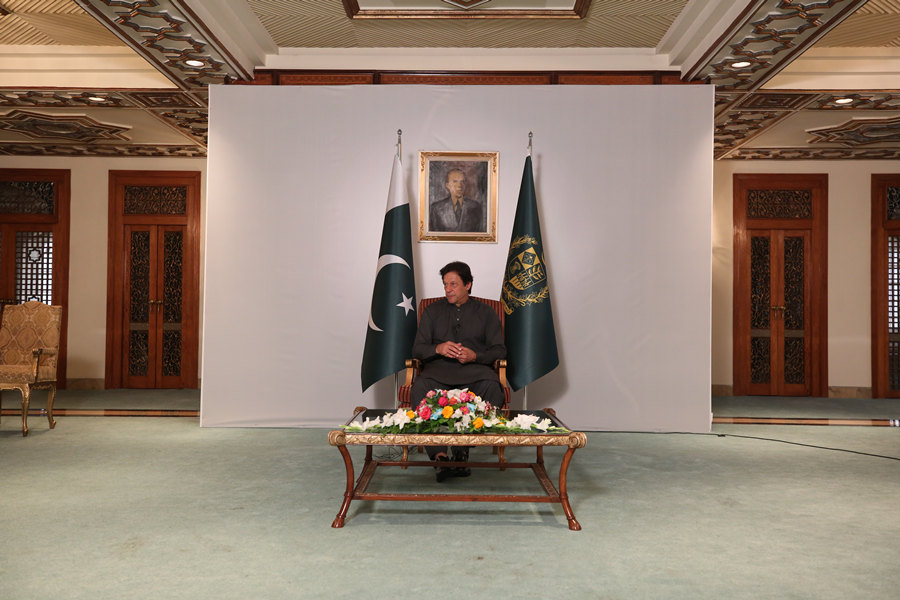 Islamabad (People’s Daily) – Pakistan needs to learn from Chinese experience in many aspects such as anti-corruption, poverty alleviation, urban development and pollution control, as the way China dealt with those issues “has been an example not just for Pakistan but for a lot of  the developing world”, Pakistani Prime Minister Imran Khan said on Wednesday in an interview with Chinese media in Islamabad.

The remarks were made by Khan ahead of his first official visit to China from November 2-5 at the invitation of the Chinese leadership, during which he will also attend the China International Import Expo (CIIE) in Shanghai. 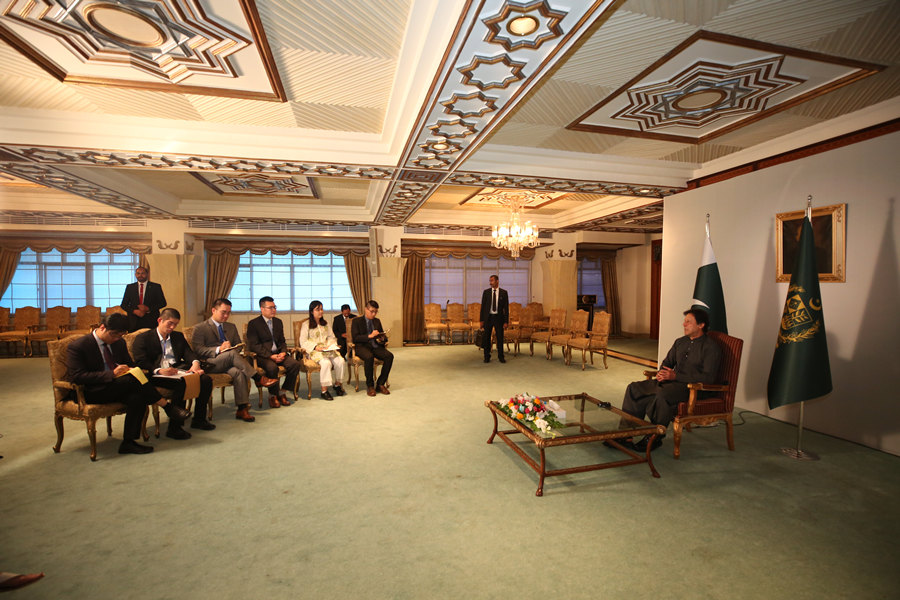 The upcoming CIIE is “a great opportunity” for Pakistan as the country needs to improve its exports to curtail the current accounts deficit, Khan said, adding that Pakistan will exhibit its exports such as agricultural products, sugar, leather, sports goods and surgical equipment.

Khan said he is looking forward to meeting with the Chinese leadership as Pakistan can learn more from China than any other country. “I hope not just to learn from the way they have evolved and their experience, but also how we can benefit from Chinese experience,” he said.

Unlike Western economies which have developed for a long time, China has achieved rapid development in recent years, therefore Pakistan “can identify a lot of problems which we are facing right now, which China managed to remove and move forward”, he explained.

According to Khan, anti-corruption and poverty alleviation would be the main subjects as China has made “incredible” achievements in the two fields.

Saying that corruption is one of the main reasons now stopping Pakistan from achieving its potential, Khan noted that Pakistan needs to learn from Chinese expertise in fighting white collar crime.

As to poverty alleviation, Khan said that a main plank of the Pakistan Tehreek-e-Insaf party’s manifesto is to bring people out of poverty.

“China has progressed very fast in agriculture and we can also learn from Chinese experience to raise our yields and help our farmers,” he said, noting that removing rural poverty is key to the poverty alleviation work.

Speaking of the China Pakistan Economic Corridor, Khan said that CPEC is a great opportunity for Pakistan and will help Pakistan to bring in foreign investment to get out of the current difficult economic situation. He said that the CPEC started from the time-honored friendship between the two countries and is “the continuation of that”.

The prime minister spoke highly of the Pakistan-China relationship, stressing that it is the “oldest” and a “very special” one and the Pakistani people regard China “very positively as a friend”.

“Since I am almost as old as Pakistan, I know how the relationship has evolved. If there is one relationship or one country, which people of Pakistan have always felt that in our times of need we can depend on, China has always been that country,” Khan told People’s Daily.