WORLD China is not an enemy: US experts

China is not an enemy: US experts

In an open letter, some 100 Asia experts called on the White House and US lawmakers to drop policies deeming China as an enemy because that approach will be counterproductive to US interests and the global economy. 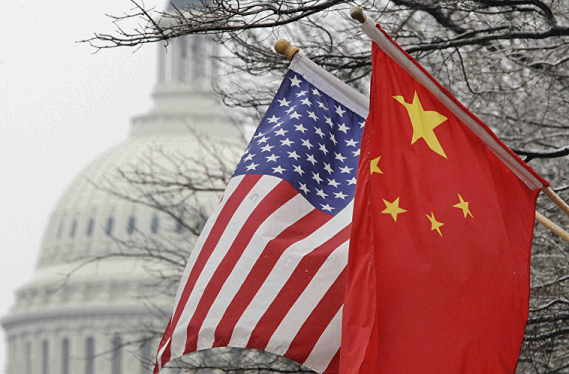 Published in the Washington Post on Wednesday, the letter was written by five former US diplomats and scholars, namely M. Taylor Fravel, a professor of political science at MIT; former US ambassador to China J. Stapleton Roy, Michael D. Swaine, a senior fellow at the Carnegie Endowment for International Peace; Susan A. Thornton, a former acting assistant secretary of state for East Asian and Pacific affairs and Ezra Vogel, a professor emeritus at Harvard University.

Their concerns and suggestions were elaborated in seven aspects, emphasizing that “there is no single Washington consensus endorsing an overall adversarial stance toward China.”

To better serve US interests, the authors urged White House and Capitol Hill to work with other nations and international organizations, “rather than promoting a counterproductive effort to undermine and contain China’s engagement with the world.”

The open letter also collected signatures from 95 other US experts who are famed for their career and expertise in China-related affairs. The signatories included Jeffrey A. Bader, national security advisor in the Obama administration; Carla A. Hills, former US Trade Representative; Ian Bremmer, the president and founder of Eurasia Group; and C. Fred Bergsten, a senior fellow and director emeritus at the Peterson Institute for International Economics.

The letter came days after Chinese President Xi Jinping and his US counterpart Donald Trump met on the sidelines of the G20 summit in Japan’s Osaka.

During their meeting, Xi told Trump that China and the US both benefit from cooperation and lose in confrontation, and cooperation and dialogue are better than friction and confrontation. That’s the basic facts which remain unchanged despite great changes in the international situation and in China-US relations, Xi said.

The Chinese Foreign Ministry said on Monday that it had noticed the media reports on the draft letter and commended the rational voice in it.

“It is further testament that a sound China-US relationship is the shared wish of people in both countries and the wider world,” said Geng Shuang, the spokesperson of the Foreign Ministry.

“With highly-intertwined interests and broad scope for cooperation, China and the US should avoid the pitfall of conflict and confrontation, and seek mutually-reinforcing and shared development,” said Geng.