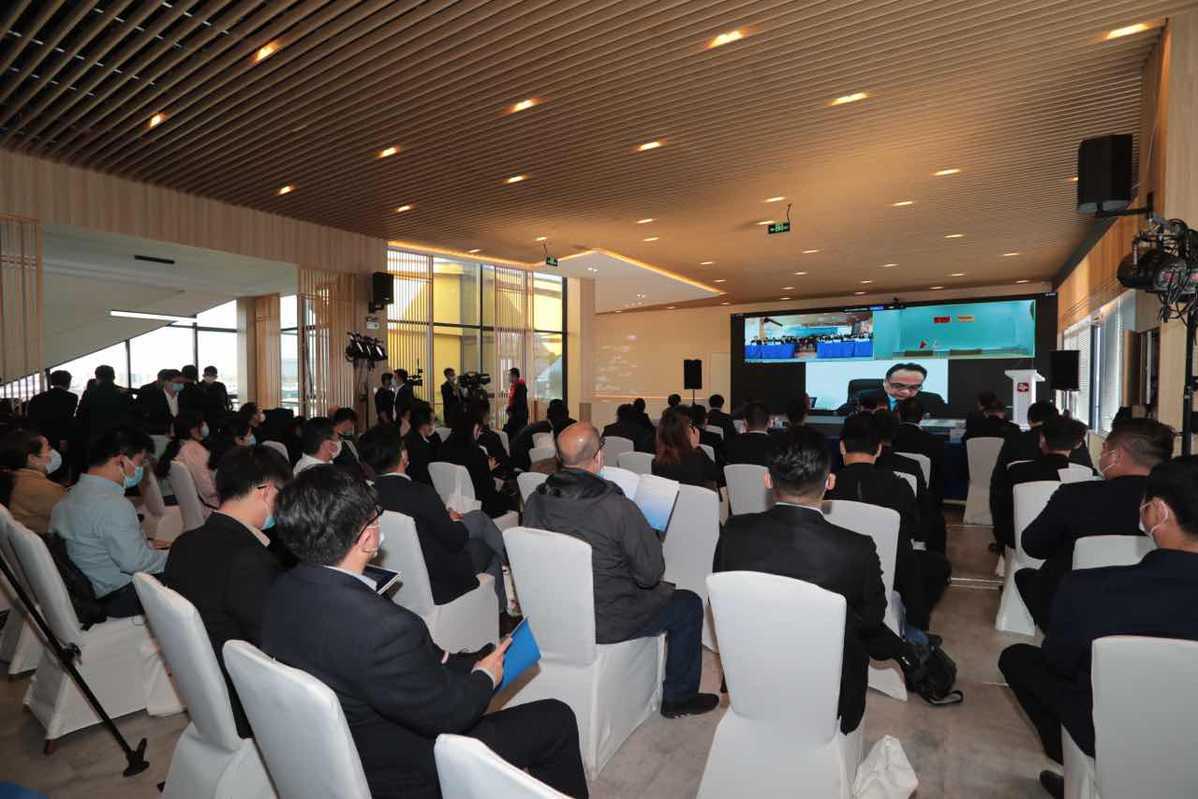 Officials and business representatives participate in the China-Japan Green Technology Seminar via videoconference on Thursday. (Photo provided to chinadaily.com.cn)

Officials and business representatives from China and Japan vowed to enhance cooperation in environmental protection and green technology during a high-level seminar conducted by videoconference on Thursday.

Some 300 people attended the China-Japan Green Technology Seminar, which convened at three venues — in Beijing, Tokyo and Qingdao, Shandong province.

The event was organized by the National Development and Reform Commission; Japan's Ministry of Economy, Trade and Industry; the Japan-China Economic Association; and the municipal government of Qingdao.

Eighteen business representatives from both countries shared their views on policies, development models and technology as they relate to such things as energy consumption and recycling.

The Qingdao International Economic Cooperation Zone, one of the seminar's venues, is home to the Qingdao China-Japan Cooperation Hub, which was unveiled in May as a platform specially designed to facilitate projects involving Japanese enterprises and business associations entering the Chinese market. It also covers Chinese investment in Japan.

The cooperation hub includes both brick-and-mortar and online businesses. Currently, 24 enterprises from both countries have headquarters, branches or offices in the hub.

As part of the hub, the China-Japan (Qingdao) cooperation demonstration zone for regional development was one focus of the seminar.

The zone, approved by the National Development and Reform Commission in April, is the only national-level demonstration zone focused on energy savings and environmental protection between China and Japan.

Infrastructure construction in the zone is expected to be finished in 2025 and aims to attract more than 200 enterprises capable of producing more than 35 billion yuan ($5.2 billion) of total industrial output and 10 billion yuan of regional GDP.

The Thursday seminar was part of this year's China-Japan Comprehensive Forum on Energy Saving and Environmental Protection. The forum, first held in 2006, has seen substantial results in economic and trade cooperation between the two countries.