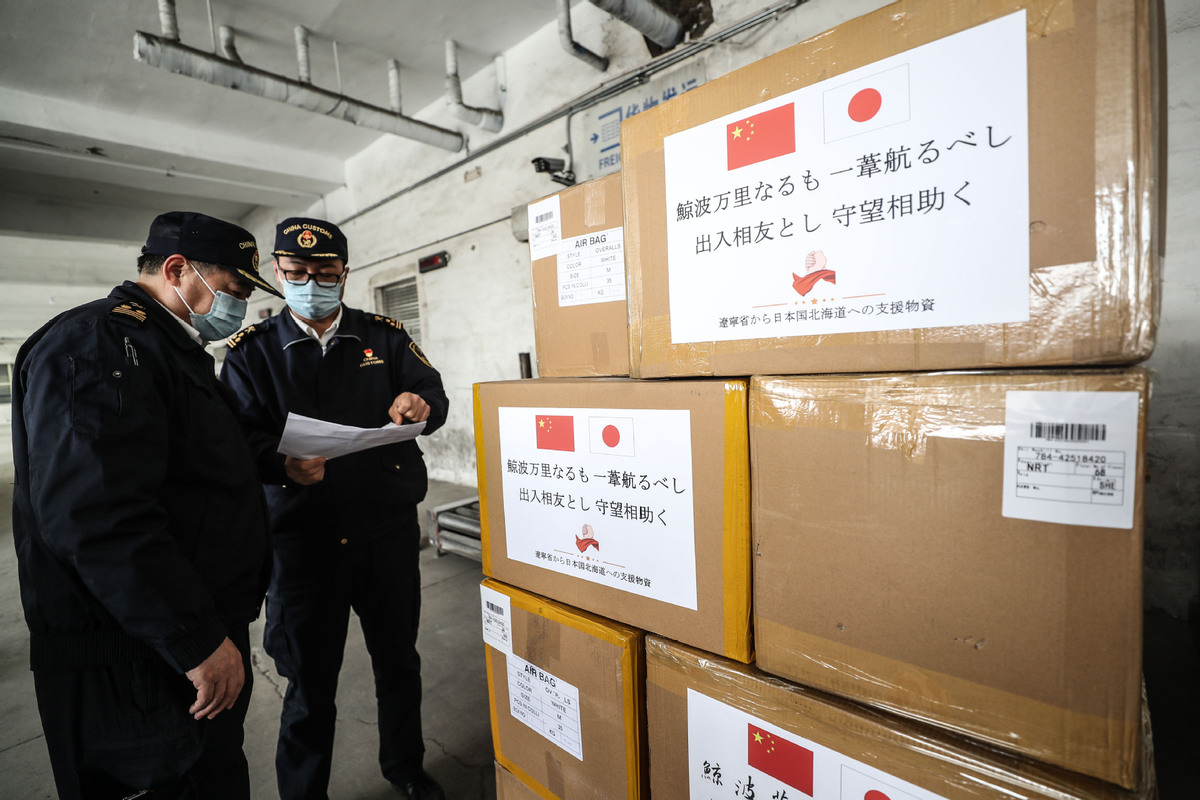 China and Japan have vowed to strengthen their anti-epidemic cooperation, as Tokyo saw 132 new infections on Wednesday and is running out of hospital beds to treat coronavirus patients.

"The Chinese and Japanese people have been voicing support for each other since the beginning of the COVID-19 epidemic," said Wang, adding that China will continue to provide assistance to Japan as needed to the best of its capacity despite its own difficulties in epidemic prevention and control.

In response, Motegi expressed appreciation for China's anti-epidemic achievements and thanked China for its help.

"The top priority of the international community is to stay united in the fight against the epidemic," he said, pledging that Japan is willing to strengthen international and regional anti-epidemic cooperation with China as a "friendly neighbor".

On Wednesday, Tokyo reported 132 new cases, including eight from a baby care facility, and the total infections in the country rose to 11,965.

Nishimura Yasutoshi, the economy minister who is also in charge of anti-coronavirus measures warned that efforts being taken by Japan could be insufficient.

"The number of new infections is increasing, including in rural areas, and there is a sense of crisis that the measures may be insufficient," Nishimura said during a government panel discussion.

"There are also reports that a lot of people are rushing to parks, tourist spots, supermarkets and shopping streets. I am very concerned."

At the same time, an NHK investigation showed that more than 80 percent of hospital beds in cities like Tokyo, Osaka and Kyoto were already occupied.

As for the dispute between the International Olympic Committee and the Tokyo 2020 organizers over who will bear extra costs, the IOC at the request of the local organizing committee removed a comment from its website saying Japanese Prime Minister Shinzo Abe "agreed that Japan will continue to cover the costs as it would have done under the terms of the existing agreement for 2020" and changed it into the Japanese government has "reiterated that it stands ready to fulfill its responsibility for hosting a successful Games".

"The IOC and the Japanese side, including the Tokyo 2020 Organizing Committee, will continue to assess and discuss jointly the respective impacts caused by the postponement," the statement said.