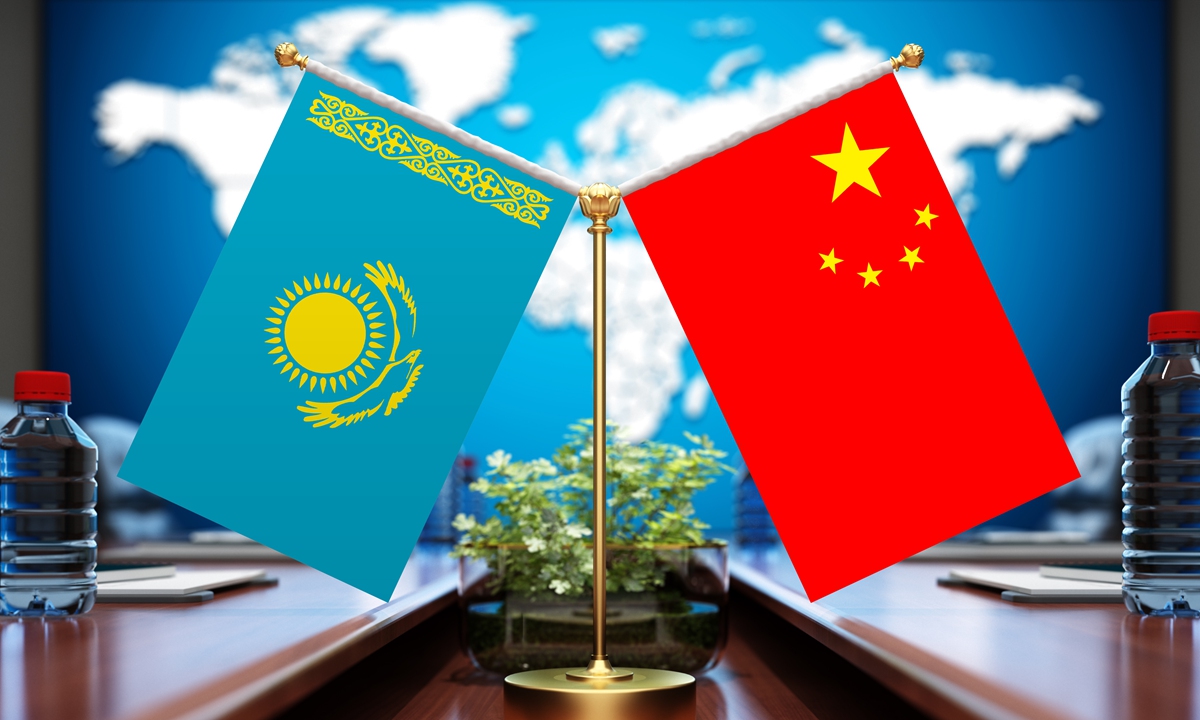 China and Kazakhstan will continue to firmly support each other on issues concerning national sovereignty, stand ready to jointly crack down on the "three evil forces" of terrorism, separatism, and extremism and resolutely oppose interference by external forces, according to a joint statement on the 30th anniversary of the establishment of diplomatic relations between China and Kazakhstan issued during Chinese President Xi Jinping's state visit to Kazakhstan on Wednesday.

According to the statement, Kazakhstan firmly supports the one-China principle, and reaffirms that the Government of the People's Republic of China is the sole legal government representing the whole of China, which has been clearly recognized by the UN General Assembly Resolution 2758.

Taiwan is an inalienable part of China's territory, and Kazakhstan opposes "Taiwan independence" in all forms, and supports the peaceful development of cross-Straits relations and all efforts by the Chinese government to realize peaceful reunification, the statement said.

The two countries will continue to firmly support each other on issues concerning national sovereignty, security and territorial integrity and other core interests. The two sides stand ready to jointly crack down on the "three evil forces," transnational organized crimes and drug trafficking in accordance with the law, and safeguard security and stability of the two countries and the region.

The two sides stressed that safeguarding political security and regime security is of great significance and resolutely oppose interference by external forces, according to the statement.

China and Kazakhstan are willing to actively cooperate in implementing the Global Development Initiative and the Global Security Initiative proposed by Chinese President Xi Jinping.

The two sides stand ready to actively promote the synergy between the Belt and Road Initiative (BRI) and Kazakhstan's "Bright Road" new economic policy, so as to give strong impetus to cross-border trade in goods and services and benefit the people of the two countries.

The two sides will jointly take measures to eliminate factors that may hinder the growth of bilateral trade and capital flows. China and Kazakhstan will jointly promote the operation of the Astana International Financial Center, strengthen finance cooperation and create conditions for financial institutions and enterprises to implement local currency settlement, the statement said.

The two sides will make efforts to resume exchanges between Chinese and Kazakh students and take measures to ensure their return to school while ensuring to maintain epidemic prevention and control. The two sides agreed to study the possibility of opening a Luban workshop in Kazakhstan to inject more impetus into bilateral education cooperation.

Xi was warmly received by Kazakh President Kassym-Jomart Tokayev who was accompanied by senior Kazakh officials after he arrived Nur-Sultan.

The two heads of state jointly stood on the podium as the military band played the national anthems of China and Kazakhstan. Accompanied by Tokayev, Xi inspected the honor guard.

During the formal talks with Tokayev, Xi said the two countries have created many "firsts" in bilateral relations, including the first in settling the boundary question, the first in laying cross-border oil and gas pipelines, the first in conducting international production capacity cooperation and the first in building a permanent comprehensive strategic partnership, Xi said.

China highly values its relations with Kazakhstan, and firmly supports Kazakhstan in safeguarding national independence, sovereignty and territorial integrity, as well as in taking reform measures to preserve national stability and development, Xi said, adding that China will always be a trustworthy and reliable friend and partner of Kazakhstan.