The railway and expressway are part of the China-proposed Belt and Road Initiative and in line with the Lao government's strategy to convert the country from being landlocked to land-linked within the region, Sathabandith said.

These two routes will enable faster movement of people and workers, while investors will be able to operate businesses in more areas, said the official, adding that it will lead to the improvement of services and facilities in towns situated along the railway and expressway. 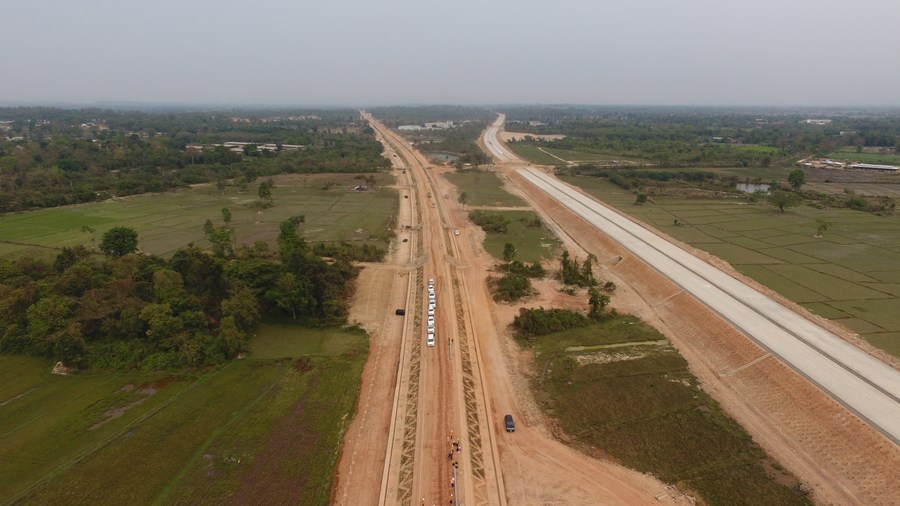 Aerial photo taken on March 15, 2020 shows the roadbed of the China-Laos railway (on the left side) and the Vientiane-Vangvieng Expressway (on the right side) under construction in Laos. (Photo: Xinhua)

These routes will create purchasing power synergy and will expedite the growth of urban areas as development is closely linked to population size, said Sathabandith.

Sathabandith said it will be necessary to build roads that link the railway with production sites so that goods can be transported easily, adding that logistics and cross-border services must be integrated to facilitate the transport of goods by rail.

The development of smart cities is critical to attract more trade and investment, said the official.