VIENTIANE, Dec. 31 (Xinhua) -- China and Laos will further promote the building of a community with a shared future between the two countries in the upcoming year of 2021 to better benefit the two peoples, Chinese Ambassador to Laos Jiang Zaidong said. 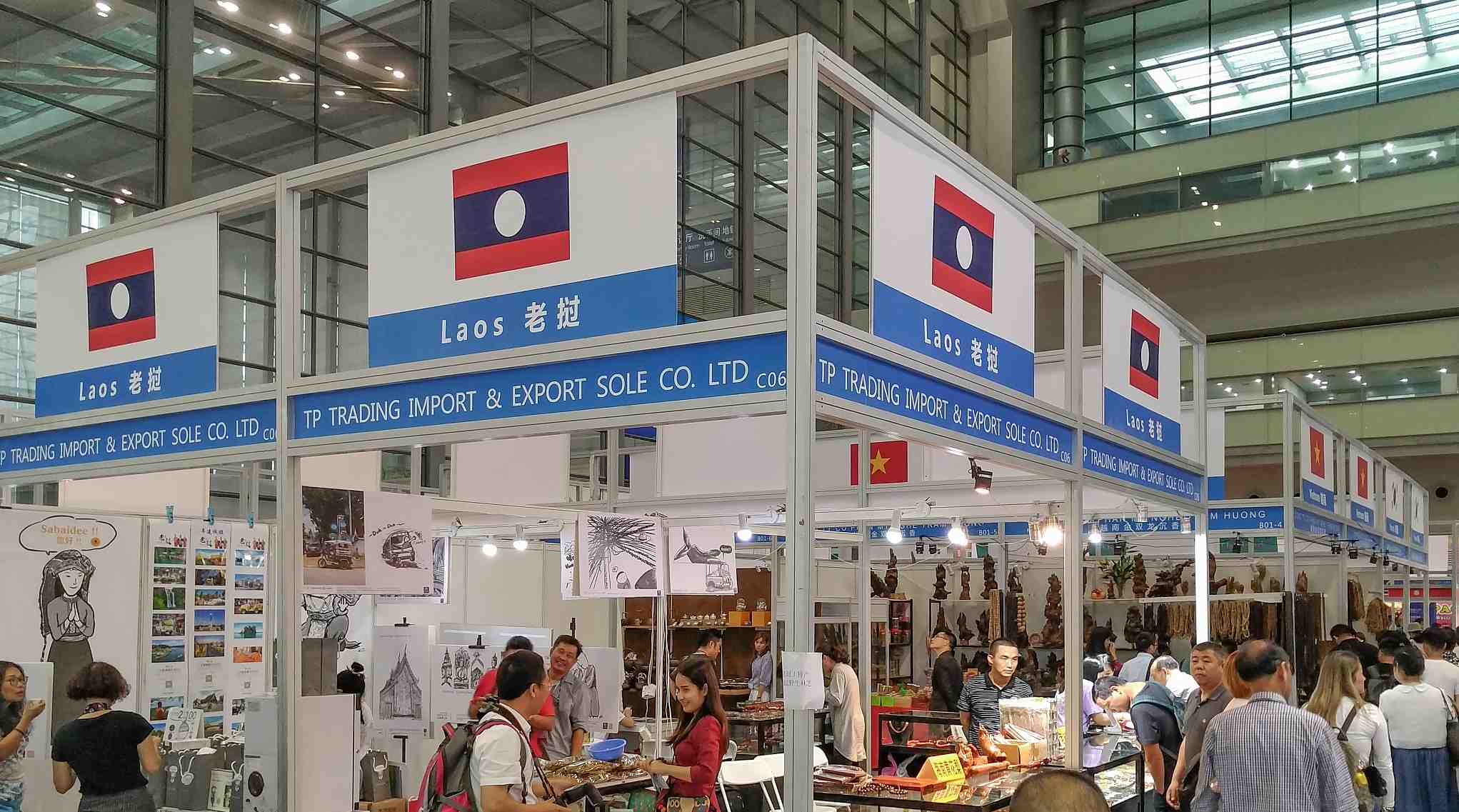 A stand of Laos is seen during Shenzhen International Cultural Industry Fair in Shenzhen, China, May 10, 2018. (Photo: VCG)

The Chinese ambassador made the remarks here Wednesday in an interview with Chinese and Lao media. He said China and Laos will jointly celebrate the 60th anniversary of the establishment of diplomatic relations between the two countries in 2021.

And the two countries will take the opportunity to stress solid implementation of the action plan on the building of a community with a shared future for China and Laos so as to open up a new stage and write a new chapter for the relations between the two parties and two countries, he added.

Jiang said China and Laos share similar dreams and beliefs, political systems, and development paths with related future and destiny, which determines that the two parties, two countries and two peoples will always stand by and help each other, cooperate in unity, and move forward hand in hand.

"We are willing to work with the Lao side to continue to promote the comprehensive docking of the Belt and Road Initiative and the strategy of converting Laos from a land-locked country to a land-linked hub, and to accelerate the building of the China-Laos Economic Corridor to have the China-Laos community with a shared future take root and blossom," said the Chinese ambassador.

In 2020, China and Laos have joined hands in fighting the COVID-19 epidemic to create favorable conditions for pragmatic cooperation, Jiang said, noting that under the top leaders' guidance, the building of a community with a shared future between China and Laos has overcome the impact of the epidemic and moved onto the highway and the fast lane.

Jiang said that in the outgoing 2020, the world is caught between profound changes unseen in the last one hundred years and a pandemic of the century, which have impacted the international and regional situations and affected exchanges between countries; however, instead of being disturbed, China-Laos exchanges and cooperation have been accelerated in many areas.

"This is the result of the joint efforts made by the two parties, the two countries and the two peoples. Its fundamental guarantee and obvious advantages are from the high-level strategic guidance, especially from the top leaders of the two parties and two countries," said the Chinese ambassador.