WORLD China lodges solemn representations to the US on Taiwan issues: FM spokesperson

China lodges solemn representations to the US on Taiwan issues: FM spokesperson 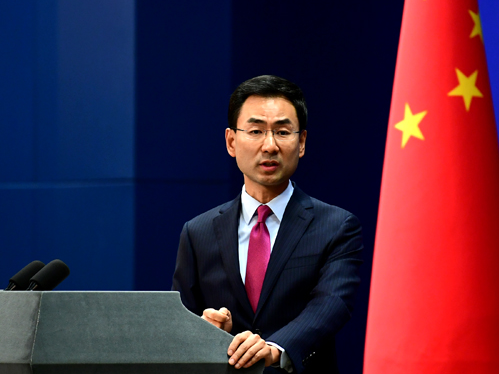 China said on Tuesday it has lodged solemn representations to the United States for relocating the “American Institue in Taiwan.”

At a daily press conference on Tuesday, Geng Shuang, spokesperson of China’s Ministry of Foreign Affairs, said China expressed its deep concern and had lodged solemn representations with the United States on the issue.

Geng said regardless of its reason, the fact that the US appoints officials to Taiwan seriously violates the One-China principle and the three China-US joint communiques, interferes in China's internal affairs and causes a negative impact on Sino-US relations.

“We urge the US side to abide by its commitments to China on Taiwan issues and correct the wrong practices, so as not to undermine Sino-US relations and peace across the Taiwan Strait,” Geng added.