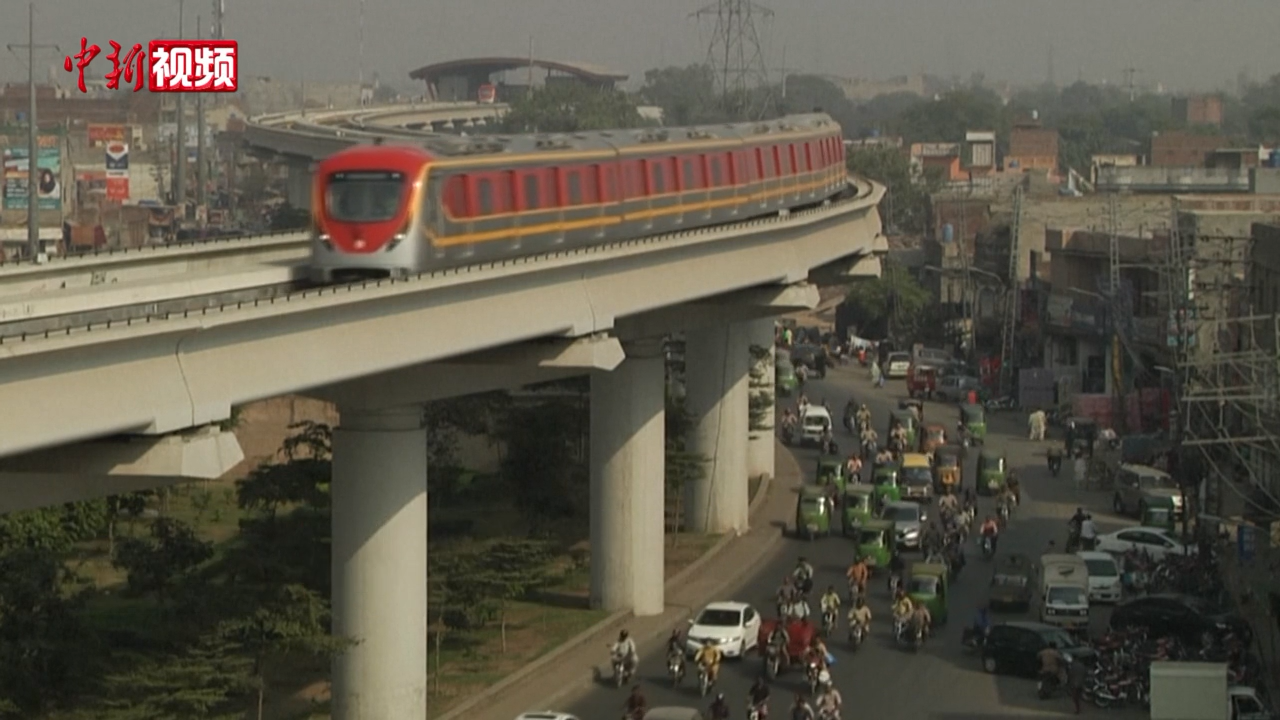 The Orange Line is the first rail transport program under the China-Pakistan Economic Corridor (CPEC), in line with China's Belt and Road initiative, that encourages Chinese infrastructure corporations to share expertise with other developing countries.

Stretching 25.58 kilometers, the Orange Line is mainly composed of viaducts and has 24 elevated stops and 2 underground stations. It runs 12 hours a day, with the minimum lapse of 5 minutes during rush hour. The China-made metro line equips Pakistan with the most advanced rail transport system in South Asia. It benefits 12 million citizens and infuses new drive into Lahore, the cultural city with over 2000 years of history.

The operation of the Orange Line was once stunted by the lockdown of Lahore from March to June due to COVID-19. To secure the smooth launch of the mass transit line, Grangzhou Metro Company, the subway operator in South China's Guangdong Province, has sent 104 experts to Lahore. The Chinese experts clarified over 3,000 professional terms, composed training handbooks in English, and established over 120 regulations. After surveying the local education system, they recruited and trained some 1000 Pakistani locals, who have passed the metro operational test at a rate of 98%.