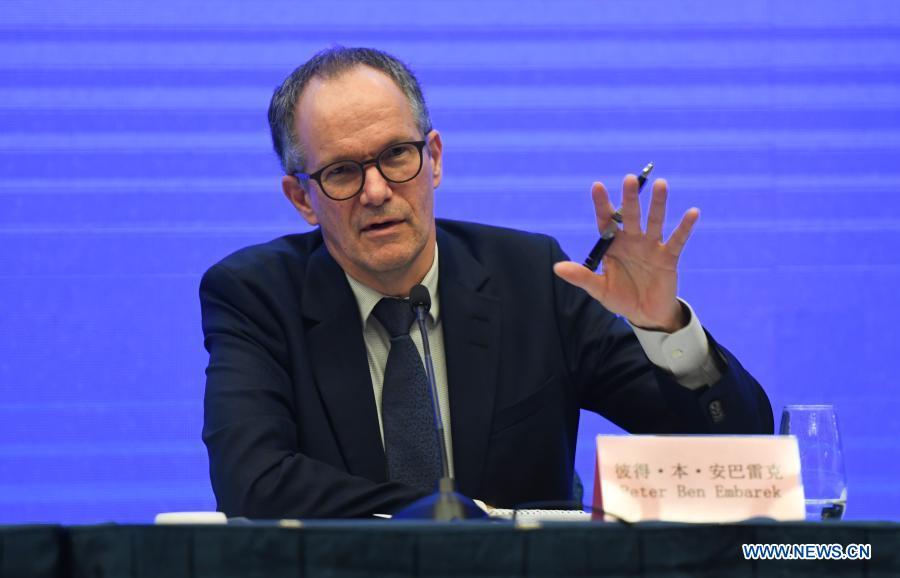 The head of an independent international expert team, which has just completed its trip to China to study the origins of the COVID-19 virus, described the mission as a success on Friday.

Team lead Peter Ben Embarek told a World Health Organization, or WHO, virtual press conference that he thinks the mission has been "successful in many ways."

Ben Embarek, a Danish food scientist, said the team has gained a better understanding of the start of the event, about what happened in December of 2019, and where it is believed to have originated.

"We have also much better understanding that there was no widespread, no large clusters of the disease in Wuhan, or in elsewhere around Wuhan, in the months prior to December 2019," he said.

He called the trip a good start. "But we have made a lot of progress," he said.

Ben Embarek dismissed the suggestion that the team going to Wuhan earlier would have made a big difference.

He explained it was not possible to go in February 2020, during Wuhan's lockdown, which lasted two-and-a-half months. In the summer, planning started on assembling international experts and Chinese experts, as well as making working plans.

Ben Embarek praised the thousands of Chinese researchers working on the subject over the past year.

"If we had come much, much earlier, we wouldn't have had the same material to look at," he said.

The lead of the international team, comprising experts from 10 different countries and several international organizations, explained that when an emerging disease outbreak happens, the natural first reaction is to treat patients, understand the disease and find cases, instead of trying to figure out what happened.

Mike Ryan, executive director of the WHO's Health Emergencies Program, agreed, saying "your first job is to put out the flames (and) get the epidemic under control, and when you can, you go back and look at the trail. "

"The point at which you see the flame is never usually the point where the fire starts," he said, reiterating that the first job is to put out the flame of an outbreak.

"We have always said that this mission would not find all the answers, but it has added important information that takes us closer to understanding the origins of the virus," Tedros said.

On Friday, the WHO said that the number of reported cases of COVID-19 globally has declined for the fourth week in a row, and the number of deaths also fell for the second consecutive week.

Tedros said that these reductions appear to be due to countries implementing public health measures more stringently.

"We should all be encouraged, but complacency is as dangerous as the virus itself," he said.

"Now is not the time for any country to relax measures, or for any individual to let down their guard," added the WHO chief.