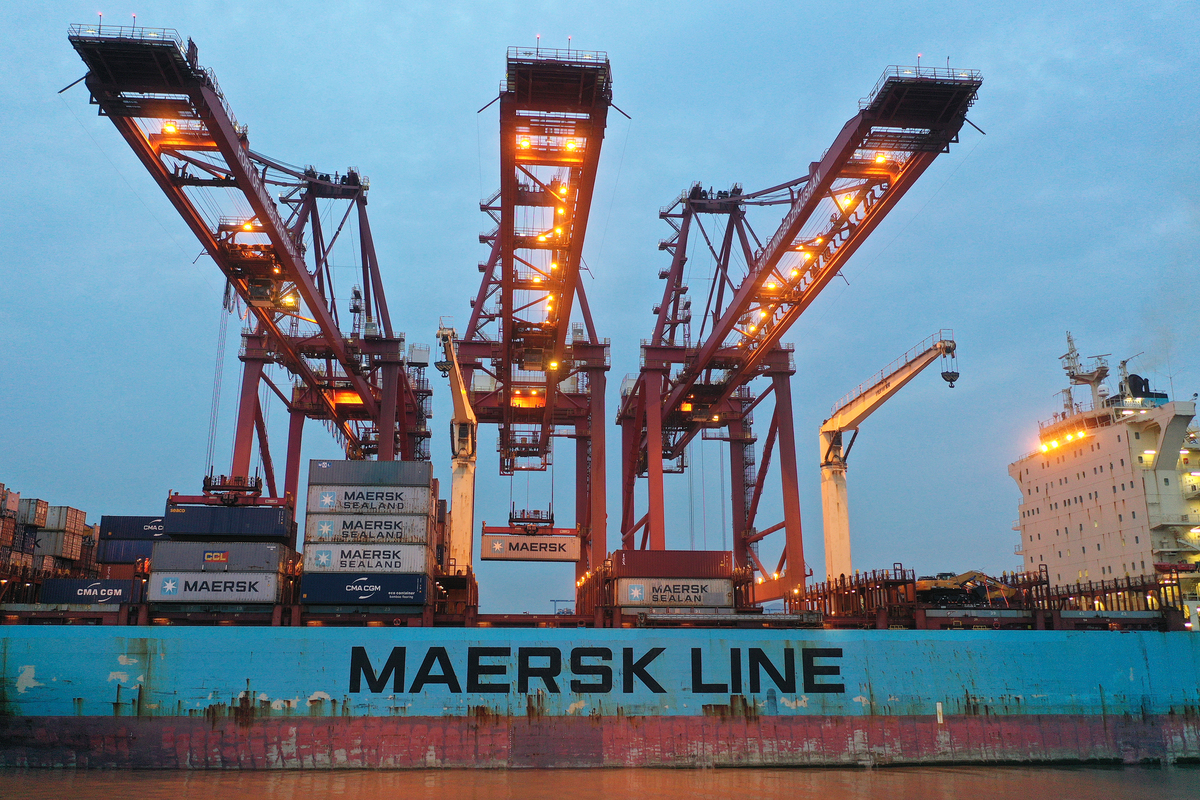 A container vessel is berthed at the Jintang port area of Ningbo-Zhoushan Port in Zhejiang province in July. (Photo: China Daily)

The signing of the Regional Comprehensive Economic Partnership agreement will usher in fresh opportunities in services trade and investment between China and New Zealand, on top of the already buoyant bilateral trade relations, Wellington's top diplomat to Beijing said.

The signing of the world's largest free-trade deal between 15 countries, including China and New Zealand, on Sunday "helps to put the signatories in a better position to recover from the economic impacts of COVID-19 and seize new opportunities for exports and investment", according to New Zealand Ambassador to China Clare Fearnley.

"Signing a significant regional trade agreement such as RCEP helps to show support for international trade rules, which small and large countries alike benefit from. This is particularly important at a time of economic turbulence and when we're seeing increasing protectionism," she said.

The pact is expected to provide fresh impetus to the trade and investment among the RCEP members, as well as between New Zealand and China, which has been the top trading partner of the Oceanian nation since 2017.

Fearnley noted that the two nations concluded negotiations on an upgrade to the Free Trade Agreement, "to make sure that the FTA continues to reflect the modern realities of the bilateral trading relationship".

"We look forward to signing the FTA upgrade and to it entering into force, which will be beneficial for both New Zealand and China, as well as an important signal of the commitment we both share to rules-based, open trading system," she said.

The New Zealand ambassador said she has looked with interest at China's plans for economic growth and development over the next five years.

"Given the scale of China's economy, the direction and policies being set are very significant beyond China－in the regional and global economy. With the challenges facing the world at the moment, it is encouraging to see China's economy still forecast to grow in 2020－one of the few large economies to do so," she said.

China's economic growth has been important in terms of China's own domestic development and raising living standards of millions of its own citizens in recent years－an impressive achievement－and this in turn has contributed to China becoming a major trading partner for many countries, New Zealand included, she said.

Fearnley said the recent announcement by President Xi Jinping that China would reach a peak in CO2 emissions before 2030 and be carbon neutral by 2060 is also welcomed by New Zealand.

"We look forward to seeing ambitious action from China in the next five years to set China on this path－we hope to see developments such as an early cap on total carbon emissions when the upcoming 14th Five-Year Plan (2021-25) for climate change is released, and are encouraged by the message that China will be reducing reliance on coal power," she said.

New Zealand has also closely followed China's plans with regard to domestic circulation as the mainstay and domestic and international circulations reinforcing each other, she said.

"We are pleased to see that in describing the dual circulation policy China has indicated that it is continuing to look outward, and will continue reform and opening," she said.

With both China and New Zealand having secured remarkable progress in containing the COVID-19 pandemic, Fearnley expressed hope that people-to-people exchanges between the two nations can be resumed once the situation permitted this.