Kazan (People's Daily) -- China opened its sixth Russian consulate on Wednesday in Kazan, capital of the Republic of Tatarstan. 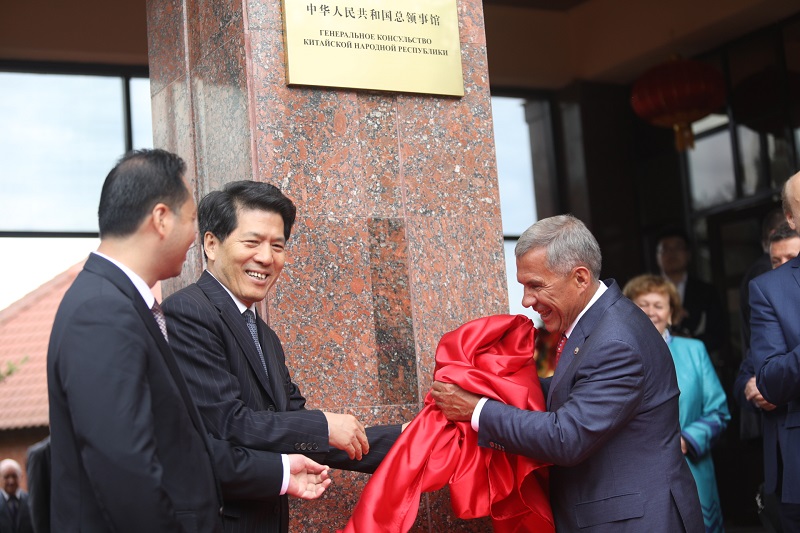 "It's an important step for the relationship between the two countries," Minnikhanov said in his speech after the Chinese national flag was raised and the consulate plate was unveiled.

"The Republic of Tatarstan has been comprehensively and closely cooperating with China in investment, education and tourism. Envoys of representatives were sent from both sides. The opening of the Consulate to Kazan will significantly boost the cooperation between this region and China," he added.

Kazan is the third largest city in Russia. The consulate is responsible for the Volga Federal District.