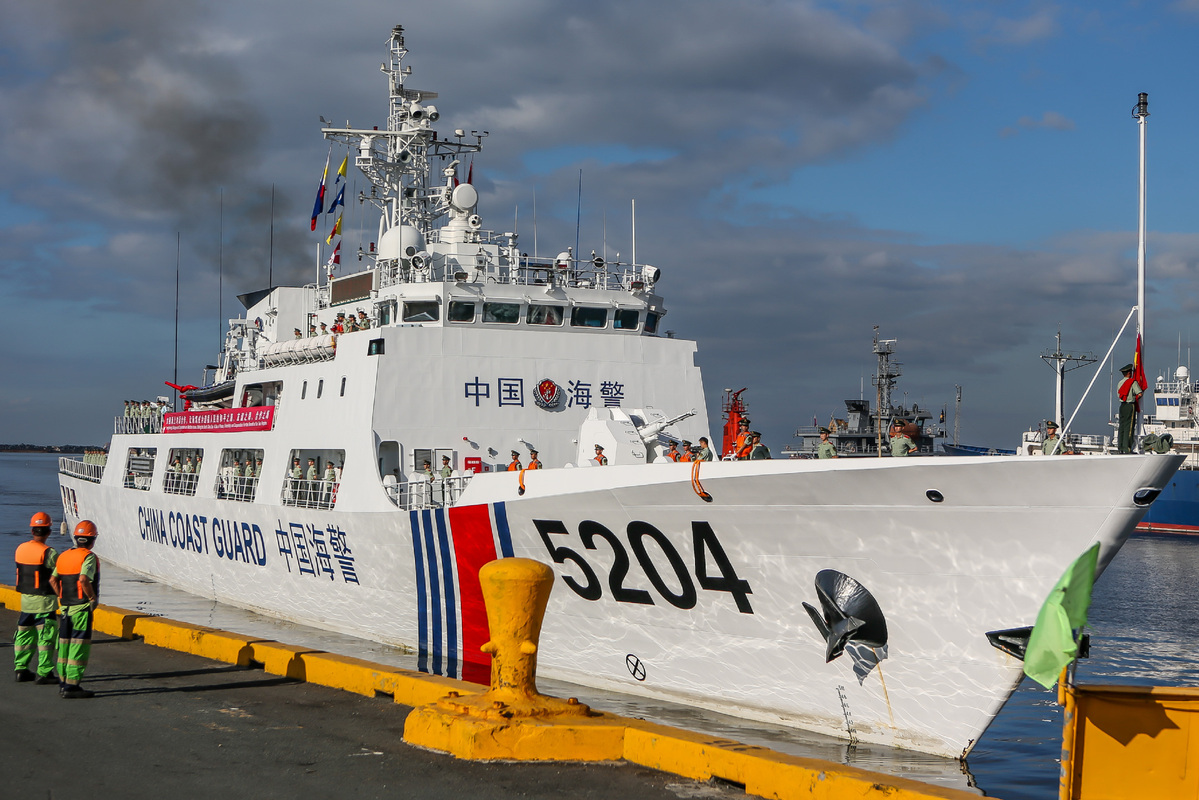 Foreign Ministry spokesman Geng Shuang made the remarks after Chinese Coast Guard Vessel 5204 visited the Philippines on Tuesday morning, marking the first visit by the Chinese coast guard to the country.

Such cooperation will deepen friendship and inject impetus to the sound and stable development of China-Philippine relations, Geng said, adding China welcomes the Philippine coast guard ship to visit China at a proper time.

According to Geng, the coast guards from both countries visited the vessel and held friendly talks during the visit.

The Chinese vessel also donated onboard supplies, such as rice, to local people who suffered from the eruption of the Taal Volcano, expressing the goodwill and kindness of the Chinese people to the Philippine people, he said.

The visit is part of exchanges scheduled for the third meeting of the joint coast guard committee on maritime cooperation between China and the Philippines, Geng said.

The two countries will exchange views on maritime law enforcement, discuss the continued strengthening of cooperation in combating transnational crimes and drug trafficking at sea, maritime rescue and humanitarian assistance, he said.