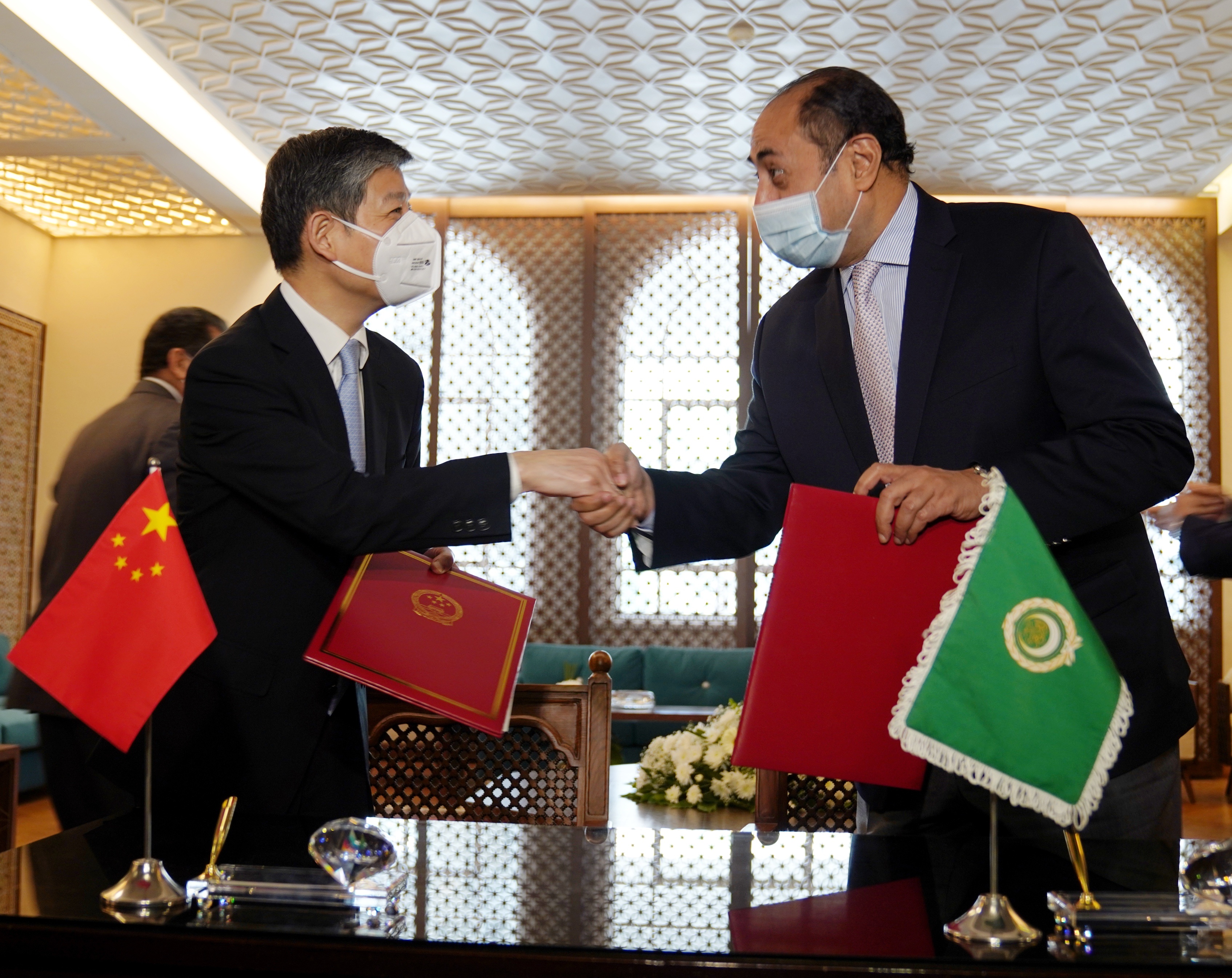 China provided on Thursday a batch of Sinopharm COVID-19 vaccines to the Arab League general secretariat in Cairo, fulfilling its promise to share the vaccines with other countries.

The league's Assistant Secretary-General, Hossam Zaki, expressed his appreciation for China's medical assistance to the pan-Arab body. He said China's medical support will effectively enhance the anti-epidemic capabilities of the Arab world.

"The Arab countries are willing to maintain long-term friendly cooperative relations with China and push the Arab-Chinese strategic partnership to a higher level," the AL senior official said.

China is also willing to work with Arab countries to continue to uphold the spirit of solidarity and jointly advocate peace, Chinese Ambassador to Egypt Liao Liqiang said.

Previously, China has sent two batches of medical supplies to the pan-Arab organization.

The vaccine-related cooperation is progressing smoothly between China and a number of Arab states including the United Arab Emirates, Egypt and Morocco.

Tunisia's Ministry of Health announced on Thursday the Chinese Sinovac COVID-19 vaccine had been officially approved for marketing in the country.

Elsewhere in the world, a significant percentage of the public in the US say they are hesitant about getting a jab despite US President Joe Biden announcing there will be enough vaccine in May for all adults in the country. Some anti-vaccine activists are also claiming that COVID-19 shots are deadly.

A poll from The Associated Press-NORC Center for Public Affairs Research, which surveyed 1,055 adults from Jan 28 through Feb 1, found that while 67 percent of them said they will definitely get vaccinated or already have been inoculated, 15 percent are not certain they will.

Of those who said they are skeptical in getting the vaccine, 60 percent cited concerns about side effects, and 48 percent are waiting to see if it is safe.

Anti-vaccine groups are blaming medical problems of some patients on COVID-19 vaccines, even when it is clear that age or underlying health conditions are actually at fault.

In Europe, Britain's medicines regulator has said COVID-19 vaccines altered to deal with variants will be fast-tracked through the approval system "without compromising on safety or effectiveness".

The Medicines and Healthcare products Regulatory Agency, known as the MHRA, said in a statement on Thursday it would not require "lengthy" clinical studies "to assess modifications", a decision that would speed up deployment of the shots if they were required.

MHRA chief June Raine noted there is not any current evidence that COVID-19 vaccines being used in the UK "are significantly lacking in effectiveness" against new variants.

Raine said manufacturers would still need to provide robust evidence any modified vaccine produced an immune response, and that after a small trial to assess adverse effects, the MHRA could give approval "in a couple of weeks".