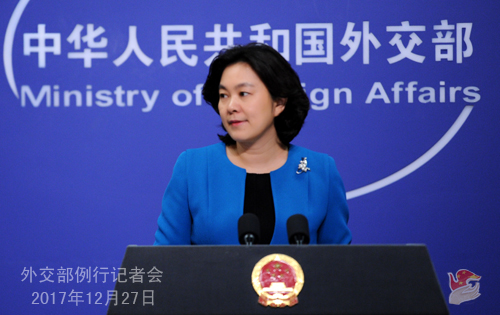 Michael Clauss, German Ambassador to China, said that Germany and China agreed to establish a consultation mechanism on cyber issues in June 2016, but up to now “such consultation has not been held due to China's lack of sincerity”.

Chinese foreign ministry spokesperson Hua Chunying said that some of the acts and remarks of the ambassador were not constructive, even wrong.

"China is always open to exchanges and cooperation with Germany in the field of cyber security," said Hua, noting that the two sides conducted thorough exchanges on the issue within the framework of the China-Germany high-level security dialogue in this June.

China has also repeatedly invited the German side to send a delegation to China for cyber consultations, but they never sent it, said Hua.

"It makes no sense that the German side now accuses China of lacking sincerity."

She said that as an ambassador, Clauss should well know the details. China expects the German Embassy in Beijing to be professional and responsible, and do what is conducive to the development and promotion of mutually beneficial cooperation.

(Li Lei contributed to the story)