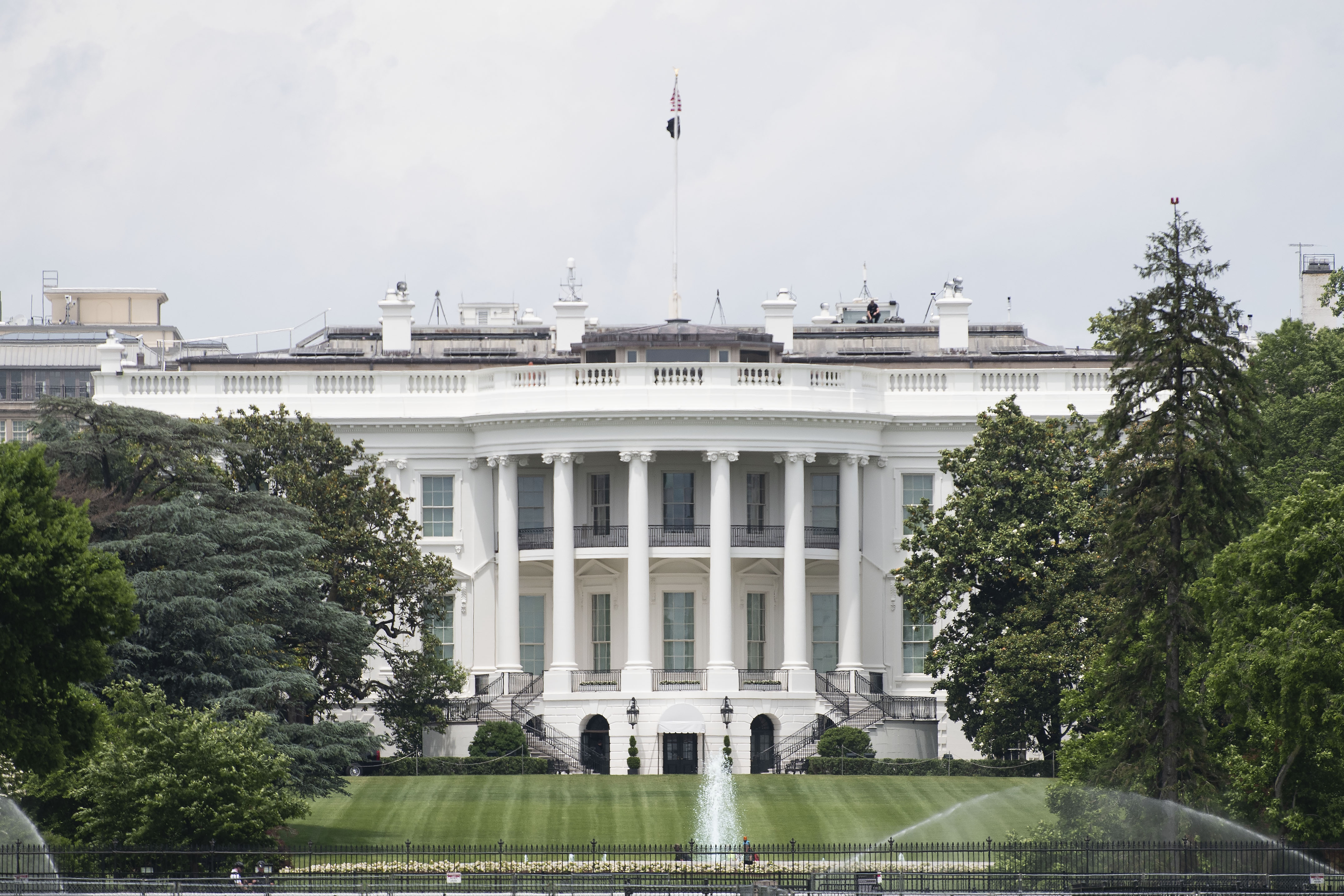 Photo taken on May 29, 2020 shows the White House in Washington D.C., the United States. /Xinhua

The U.S. government's self-interested, short-sighted, inefficient, and irresponsible response to the pandemic has caused the tragedy in which about 2 million Americans became infected with the virus and more than 110,000 have died from it, the article said.

It has exposed the long-existing and now deteriorating problems in the United States, such as a divisive society, the polarization between the rich and the poor, racial discrimination, and the inadequate protection of the rights and interests of vulnerable groups, according to the article.

"This has led the American people into grave human rights disasters," it read.

The article pointed out that the U.S. government has ignored the pandemic warnings, prioritized capital interests and politicized the anti-pandemic endeavor in its COVID-19 response.

When the virus broke out in the United States, some U.S. politicians used it as a weapon to attack political opponents, viewed it as an opportunity to seize power and partisan interests, and prioritized the response of the capital market, instead of regarding the drive to protect the lives and health of their people as their top priority, it said.

"Due to this, the U.S. government failed to give effective warnings to the public and failed to get prepared for the potential consumption of medical resources caused by the pandemic, bringing the American people to the brink of infection and death," it noted.

The article added that inequality within U.S. society has been fully exposed during the pandemic.

"The pandemic has made the lives of people at the bottom of U.S. society increasingly difficult, and further intensified the social polarization between rich and poor," it said, adding that the high unemployment rate brought about by the pandemic has led the working class into a crisis of survival.

Vulnerable groups in the United States have been struggling to survive during the pandemic, it noted.

The elderly have been the "victims" of the U.S. government's ineffectiveness in fighting the pandemic, which also left the homeless having nowhere to go and poor children and immigrant children in worrisome situation, according to the article.

Highlighting intensified racial discrimination within the United States during the pandemic, the article said Asian Americans have been suffering from stigmatization, African and Hispanic Americans have fallen victims to severe racial inequality, and there has also been frequent racist violence.

George Floyd, an African-American man from Minnesota, died recently after a white police officer pressed his knee on Floyd's neck for several minutes during his arrest. This led to large-scale protests and demonstrations across the United States, once again exposing the dissatisfaction and anger that the American people have for the worsening racial inequality.

The article pointed out that in the face of this global fight against the virus, the U.S. government, instead of focusing on controlling the pandemic, wields a hegemonic stick and fans the flames of trouble everywhere, trying to divert attention and shirk responsibility.

The U.S. government failed the national duty of ensuring the citizens' right to life with its ineffective anti-pandemic response; it maliciously stigmatized China in violation of the principles of equality and non-discrimination; it impeded the joint anti-pandemic efforts of the international community by suspending the payment of WHO membership fees; it also violated the spirit of humanitarianism and the principle of international cooperation by imposing unilateral sanctions, according to the article.

"Relevant behaviors of the U.S. government seriously violate the spirit of international human rights law," it said, noting that such behaviors also undermined the international community's concerted efforts to control the pandemic.