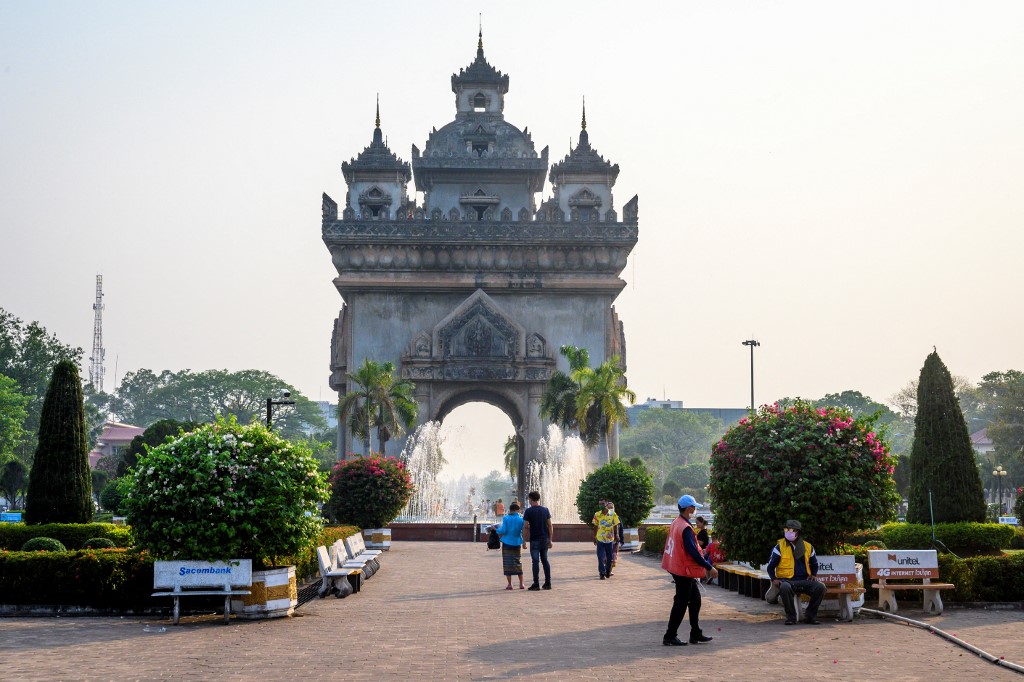 This photograph taken on March 12, 2020 shows people walking in front of the Patuxai war monument in the centre of Vientiane. (Photo: AFP)

Laos, undertaking a total of 813 projects worth over 16 billion U.S. dollars, Lao official has said.

Deputy Prime Minister and Minister of Planning and Investment Sonexay Siphandone said during the fifth Workshop between Lao and Chinese entrepreneurs last Friday that China remains the largest foreign investor in Laos, according to a report by Lao National Radio on Tuesday.

The China-Laos Railway, Laos' flagship infrastructure project, is now over 90 percent complete and expected to open in December 2021.

China was also the largest foreign investor in Laos last year, undertaking a total of 785 projects worth more than 12 billion U.S. dollars.