China and the Office of the United Nations High Commissioner for Refugees (UNHCR) have maintained a long history of cooperation. China has participated in the events organized by the UNHCR on refugee relief, and contributed to international solutions to refugee crises over the past 41 years. With increasing strength, China is expected to play a more prominent role in the field of international refugee relief. In an exclusive interview with the Global Times, UNHCR Representative in China Sivanka Dhanapala shared his assessment of China's role in the agency and beyond. 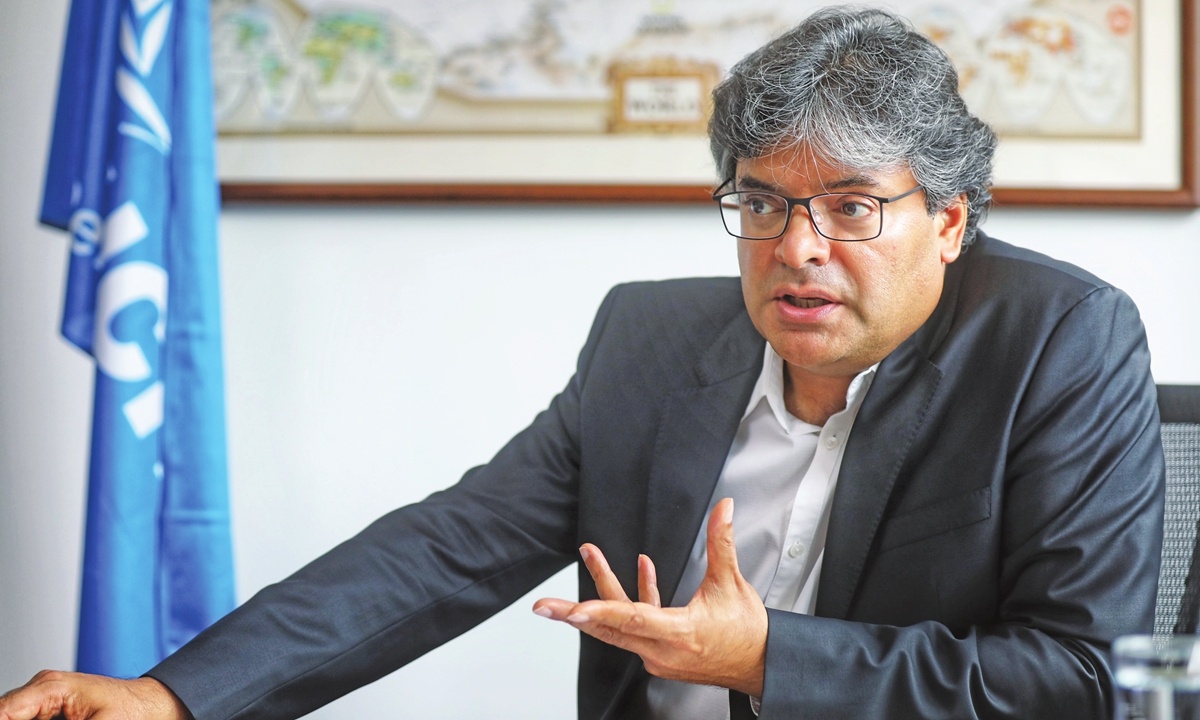 One of the most important humanitarian agencies in the world, the UNHCR was established in 1951. The agency was tasked with saving lives, protecting rights and building a better future for refugees, forcibly displaced communities and stateless people.

China resumed its activities in the UNHCR Executive Committee in June 1979, and has sent a delegation to attend the session every year. In September 1982, China acceded to the 1951 Refugee Convention and the Protocol Relating to the Status of Refugees.

"As a very important member state of the UN, and a permanent member of the Security Council, China plays an extremely significant role in UNHCR through peacekeeping at the Security Council level that helps to stabilize regions that might otherwise end up in political turmoil," Dhanapala said.

Dhanapala mentioned Chinese Premier Li Keqiang's attendance at the Leaders Summit on Refugees at the UN headquarters in New York in 2016, noting that China has been extremely supportive in solving refugee issues since then, helping set the tone for shared international responsibility.

According to the Chinese Foreign Ministry's website, Li said at the conference that China actively advocates political resolutions to regional hot-spot issues and has raised its own proposals on ceasefires, political reconciliation and ending violence.

"We have seen a number of projects that were supported by China, such as through the China International Development Cooperation Agency and the South-South Cooperation Assistance Fund," said Dhanapala. "We've had projects in Afghanistan, Angola, Iraq, the Republic of the Congo, and Zimbabwe that benefitted from China's assistance to provide education and shelter for refugee populations in these areas."

Dhanapala said the China-proposed Belt and Road Initiative (BRI) has helped address refugee issues. "BRI routes go through both refugee producing countries and refugee hosting countries." He said that while discussions on refugee issues often are framed as challenges for developed countries, more than 85 percent of the world's refugee population actually resides in developing countries.

"Raising awareness about refugee issues is a key phrase because when we raise levels of awareness, it generates empathy. So we engage in a number of activities to achieve that in China," said Dhanapala.

"One example is when I traveled to universities around the country to give lectures and spoke with university students to raise awareness," said the representative.

Dhanapala said that UNHCR invited a number of Chinese celebrities to present different stories about refugees. "For example, [Chinese singer-songwriter] Leah Dou told the story of a young Syrian refugee woman called Yusra Mardini, who was once in a crowded boat in the Mediterranean, who has become an Olympic swimmer. Mardini is now also our youngest Goodwill Ambassador."

"By raising awareness, we hope to inspire people that refugees are not simply victims. They are individuals just like you and me who can go on to achieve great things," the representative said.

Dhanapala added that UNHCR also uses WeChat, Sina Weibo, and Bilibili to connect with a wider audience about refugee issues.

Millions of refugees worldwide are still exposed to violence, family separation, culture loss and exile, but the COVID-19 pandemic exposes these populations to a new threat.

"Coronavirus is generating huge socio-economic impacts in the world and exposing even more vulnerabilities among refugee populations. Many refugees around the world depend on daily wages," said Dhanapal, adding that the pandemic has halted their sources of income.

Dhanapala said that the lockdowns and close of borders due to the pandemic have made some refugee populations even more susceptible as they have no safe place to go.

He said fires in Greece largely destroyed the UNHCR Moria refugee camp including its Registration and Identification Center where 35 people had tested positive for COVID-19.

The representative said UNHCR is extremely concerned about the situation of all those who have been evacuated from the site and are currently in urgent need of shelter, including more than 4,000 children - of whom 407 are unaccompanied - and other vulnerable groups, such as pregnant women and elderly people.

"One of the things that we have advocated for is inclusion of refugees in any national health response to…ensure that they are part of any testing, response, and preventive measures," said Dhanapala. "I'm very encouraged that the Chinese government and the health authorities immediately included all persons in China, whoever they might be, in the initial medical response to COVID-19," said Dhanapala. "[The] Chinese government's efficient and comprehensive approach is a great example that needs to be highlighted in this kind of a public health emergency."