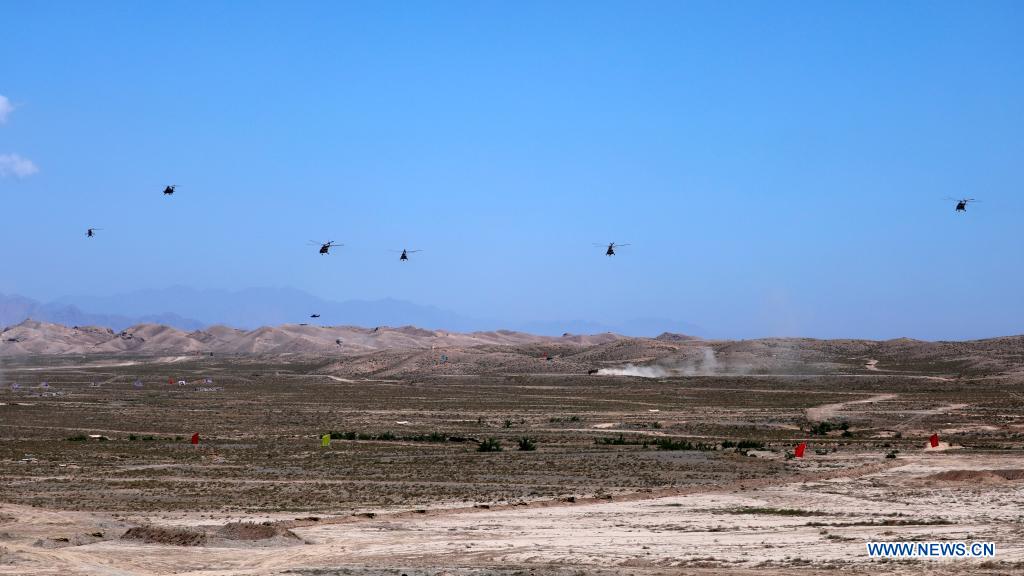 A four-phase exercise was held on Friday morning and attended by more than 10,000 service personnel and main battle armaments, including aircraft, artillery and armored vehicles of various models.

Chinese Minister of National Defense Wei Fenghe and his Russian counterpart Sergei Shoigu observed the exercise and held talks later in the day.

Wei said that the Chinese and Russian armed forces have supported each other in the face of the COVID-19 pandemic, demonstrating the high-level development of relations between the two militaries.

The two militaries should enhance strategic coordination and comprehensive and practical cooperation, so as to make greater contributions to the building of a community with a shared future for humanity, and safeguarding world peace and stability, Wei said.

Russia is willing to enhance strategic communication with China, deepen cooperation in areas such as counterterrorism and work together to safeguard regional peace and stability, Shoigu said.

The two ministers also observed the signing of cooperation documents.

They announced the conclusion of the exercise in the afternoon.

The exercise was the first joint military exercise held in China since the COVID-19 outbreak.