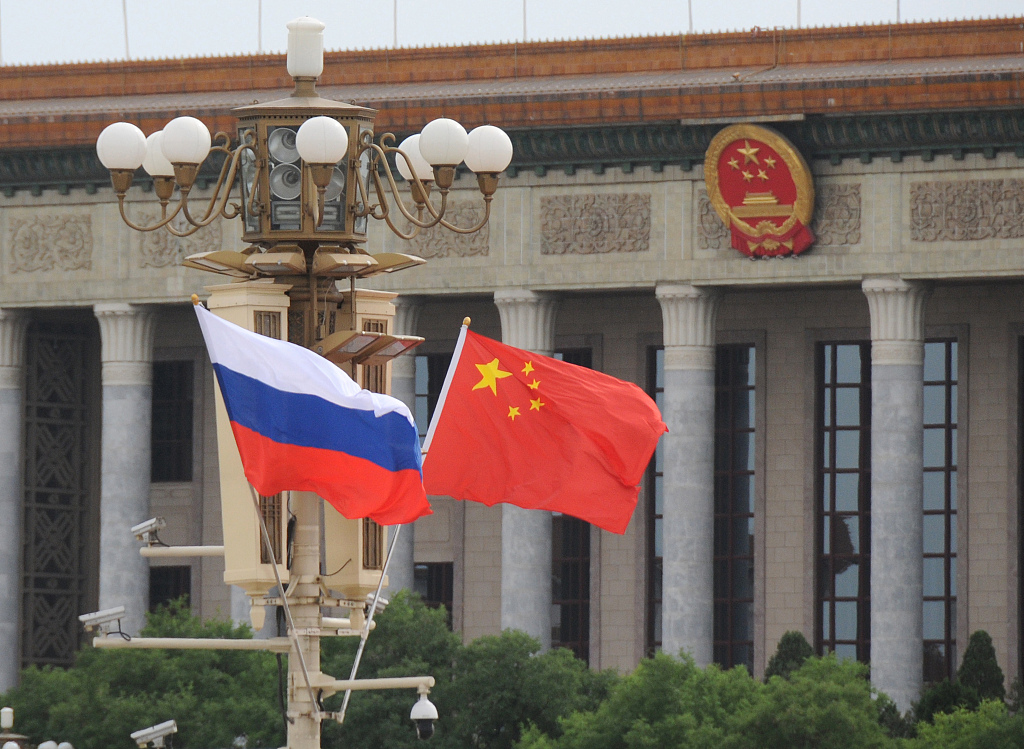 “China is about to embrace its 70th anniversary after several days, and is also approaching the date to celebrate the establishment of China-Russia diplomatic ties seventy years ago,” said Yi. China-Russia relations will face new opportunities as well as challenges and situations in the new age. Both parties should carry out the consensus reached by their leaders, broaden the China-Russia comprehensive strategic partnership of coordination for a new era, and facilitate multi-field cooperation to achieve more fruitful results for more China-Russia options for world peace and stability. As strategic partners, China and Russia should strengthen strategic cooperation, safeguard national sovereignty, and oppose outside interference. For China and Russia, as permanent members of the UN Security Council, standing firmly for the purposes and principles of the UN Charter and upholding international fairness and justice will not only benefit  their respective national interests but also contribute to world peace and stability.

Lavrov congratulated China on its 70th anniversary and expressed his willingness to cooperate with China to celebrate the 70th anniversary of China-Russia diplomatic relations. Under current international circumstances, Lavrov called on the two sides to strengthen strategic cooperation, and jointly safeguard the principles of international law and the UN Charter. He added that China and Russia should push forward all-round and regional cooperation.