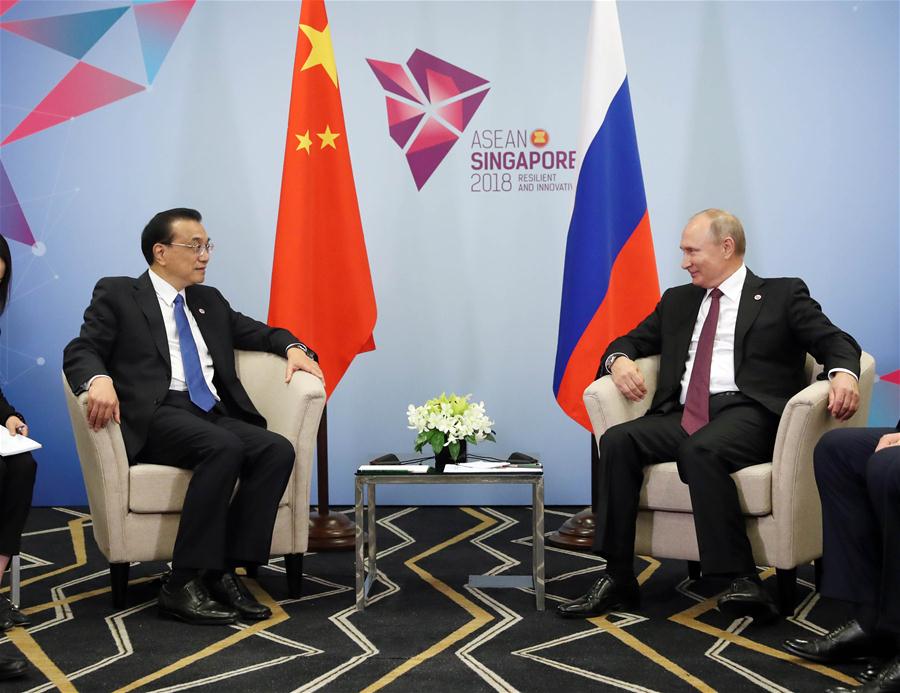 In a meeting with Russian President Vladimir Putin on the sidelines of a series of leaders' meetings on East Asian cooperation, Li conveyed President Xi Jinping's greetings to Putin, recalling that the two presidents have met multiple times this year and reached new consensus.

The China-Russia comprehensive strategic partnership of coordination has been running at a high level, Li noted, adding that the 23rd regular meeting between Chinese and Russian heads of government, held last week in Beijing, has pushed bilateral cooperation in various fields toward new achievements.

He then pointed out that there is still much space for bilateral practical cooperation.

"China hopes to deepen cooperation with the Russian side in trade, investment, energy, innovation, finance and other areas," Li said.

He also proposed that both countries should ease restrictions on market access, expand trade and investment, and promote the implementation of high-tech projects, so as to benefit both peoples and create win-win results.

For his part, Putin said Russia stands ready to fully implement the consensus reached with China, and strive for more outcomes in cooperation in energy, aviation, space, science and technology, joint research and development, as well as digital economy.

Putin also said it is very important that Russia and China maintain regular top-level communication, adding that he looks forward to meeting Xi again on the sidelines of the Group of 20 summit to be held soon in Buenos Aires, Argentina.