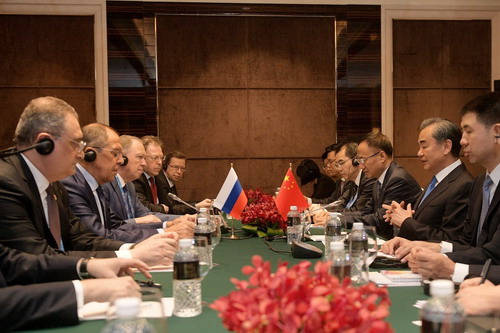 He made the remarks while meeting with Russian Foreign Minister Sergei Lavrov on the sidelines of the ASEAN foreign ministers' meeting and related meetings.

Wang noted that Chinese and Russian leaders reached new important consensus during their meeting in South Africa, adding that this has demonstrated the fact China and Russia are each other's key strategic partners.

Noting that there are a series of high-level visits between China and Russia scheduled for this year, Lavrov said Russia expects to work together with China to ensure the meetings a success, and is determined to strengthen strategic dialogue and coordination with China on major international issues.

They also exchanged views on issues of common concern.