China's ambassador to Bulgaria calls for deepening ties under BRI 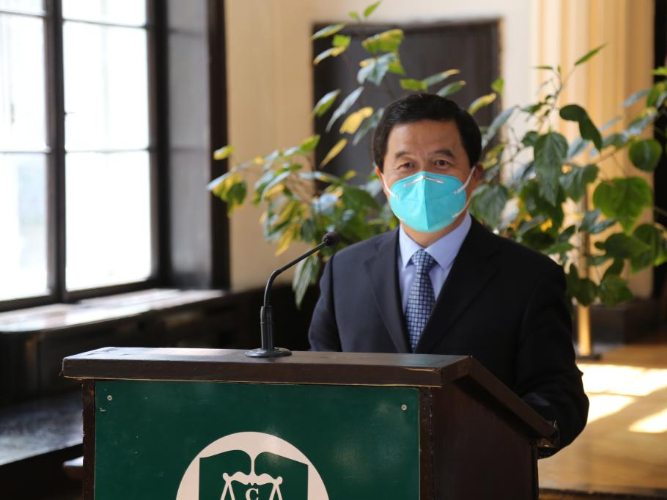 China's Ambassador to Bulgaria Dong Xiaojun on Monday called for deepening bilateral ties within the framework of the Belt and Road Initiative (BRI).

Since its launch, the BRI has achieved remarkable results and has entered a stage of high-quality development, Dong said at the 5th anniversary meeting of the Bulgaria National Association for the Belt and Road.

He said that priority should be given to cooperation in the fields of innovation, the joint maintenance of stable global industrial chains and supply chains, and the implementation of in-depth and extensive cultural exchanges.

Through joint efforts bilateral cooperation would be long-term, stable and comprehensive, and would achieve even more successes, Dong said.

The meeting adopted guidelines for the association's activities in 2022-2023. Apart from organizing conferences, the association will aim to strengthen cooperation in agriculture, tourism, culture, science and education.