PARIS, June 17 (Xinhua) -- The Aviation Industry Corporation of China, Ltd. (AVIC) is taking part in the 53rd International Paris Air Show, displaying its key commercial and defense products and demonstrating its commitment to win-win cooperation with global partners, the company said on Monday. 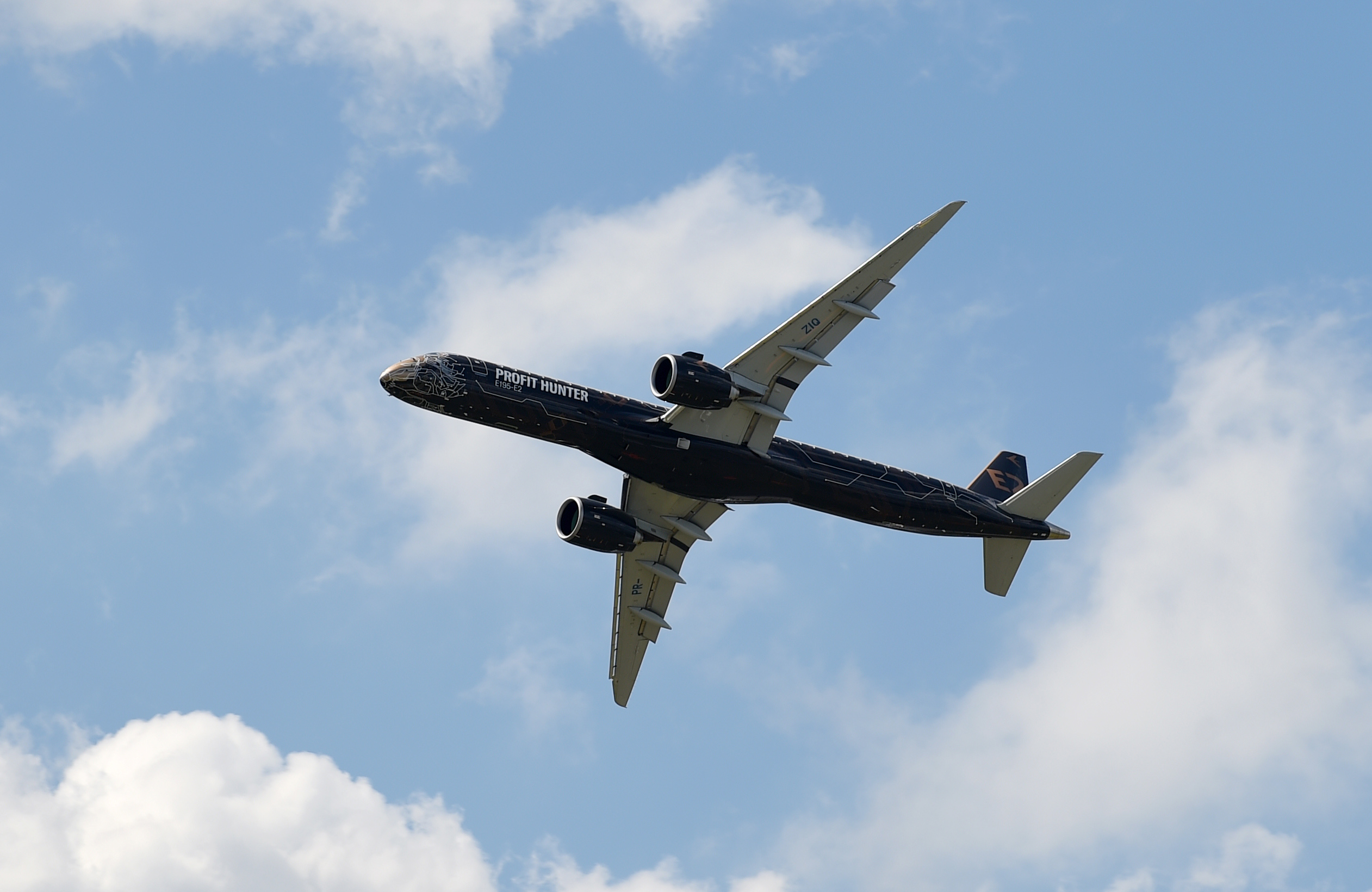 The Embraer E195-E2 performs its flying display at the International Paris Air Show on June 17, 2019 at Le Bourget Airport, near Paris. (Photo: AFP)

"At this year's air show, AVIC advocates for mutually beneficial cooperation based on its specialized ability. It pays more attention to showing its capacity and tapping the market with all partners," AVIC said in a press release.

The Chinese conglomerate also "commits itself to the win-win cooperation through the 'Aerial Silk Road' project with customers from Africa and west Asia."

"We are open-minded and willing to work with partners around the world to deepen the international collaboration and jointly create a brighter future," it stressed.

In this context, representatives from AVIC's business units will attend executive meetings and business talks with major aeronautical companies and institutional investors, according to the statement.

In its first participation in the Paris Air Show since 1986, AVIC plans "to exchange ideas with foreign counterparts to enhance cooperation and demonstrate its capabilities to expand the international market with a strong 'AVIC' branding."

A range of selected defense products, including fighter and trainer jets, unmanned aerial vehicles (UAVs), military helicopters and transport aircraft will be on display between June 17 and June 23 at Paris Le Bourget Airport.

"Every item on display is of leading-edge technology in its field and with prospects in the international market. Moreover, dual-seat JF-17 and AC312E helicopters make their international air show debut in mock-up," it said.

AVIC will also display a portfolio of civil products, including the MA700 passenger aircraft and the Y-12E and Y-12F commuter aircraft.

Suitable for short and medium-haul routes, MA700 is a brand new advanced turboprop regional aircraft under development, which has attracted the interest of potential partners worldwide thanks to its unique fly-by-wire flight control system, clean-sheet design and overall performance.

So far, MA700 has received 285 orders from 11 customers. The middle fuselage and nose structure have been delivered for the first MA700 for static stress tests.

The AC312E twin-engine medium civil helicopter has undergone airworthiness tests with the Civil Aviation Administration of China (CAAC) and is expected to receive type certificate later this year.

AVIC also displays its capability for avionics system design and integration by a conceptual cockpit for future widebody airliners. Other integrated civil aviation systems will be introduced by videos at the AVIC stand.