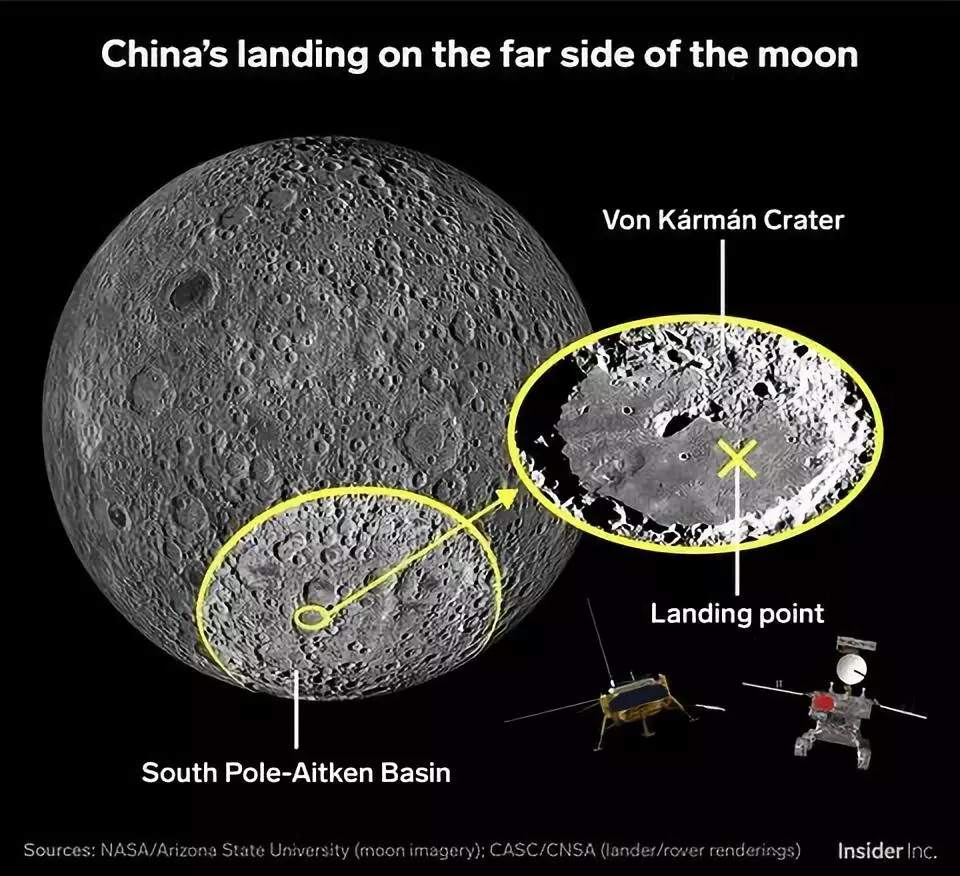 The image was photographed by LRO's first flyover opportunity of the landing site on January 30. It shows the Chang'e-4 lander and Yutu 2 rover on the floor of an expansive crater. The report says LRO should be able to image Chang'e-4 directly from above in future orbits. 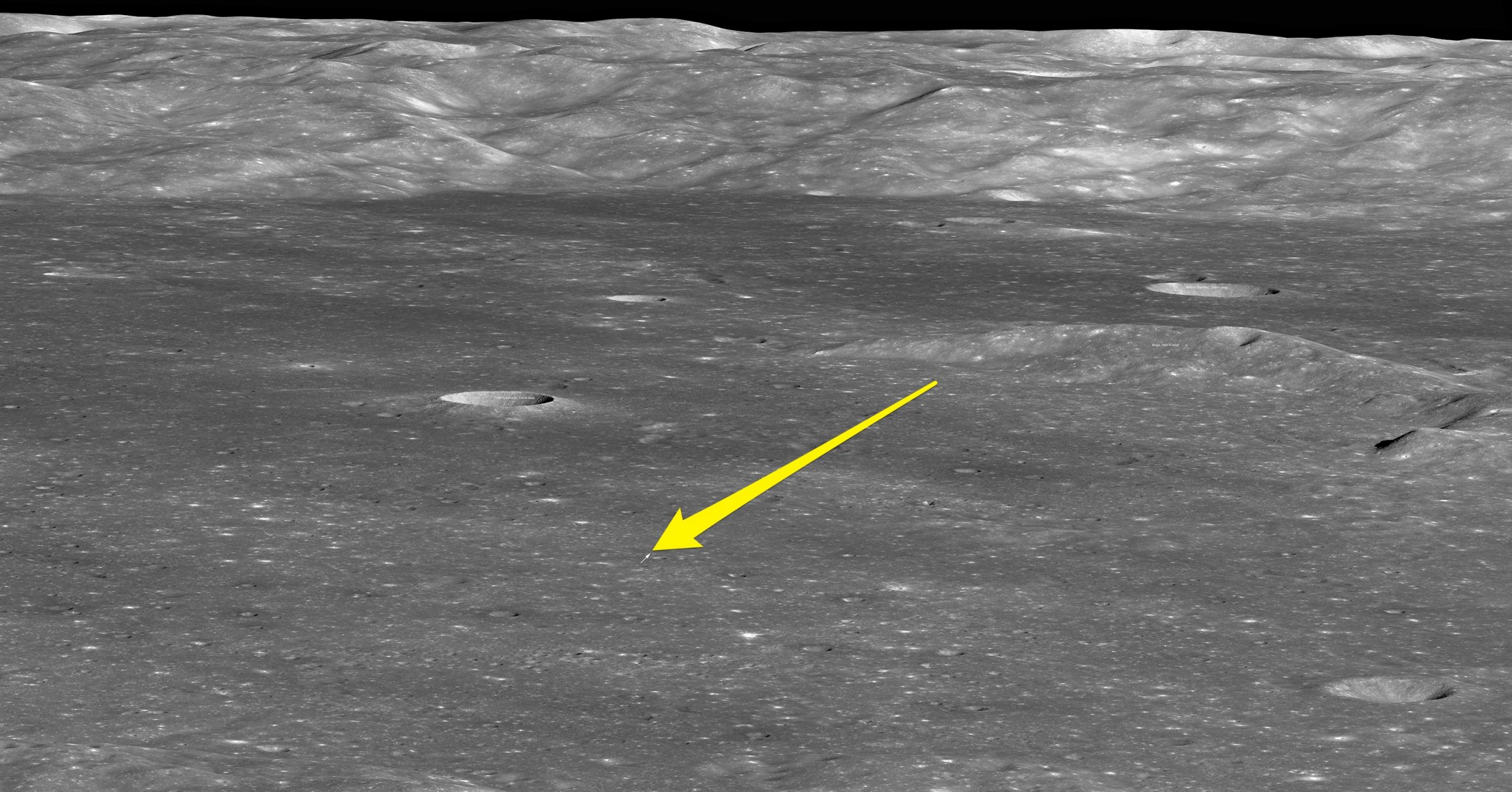 An image from NASA's Lunar Reconnaissance Orbiter that shows the location of China's Chang'e 4 lander on the far side of the moon in Von Kármán.

According to the report, this isn't the first time NASA has used its LRO spacecraft to study a Chinese moon landing. On December 30, 2013, NASA scientists also located China's Chang'e 3 mission on the lunar surface. 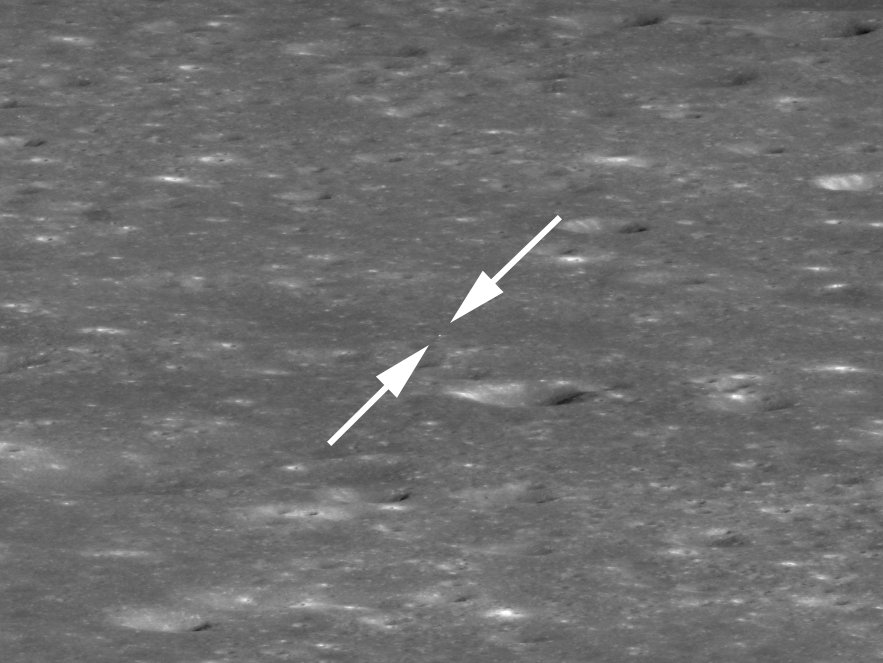 A close-up of the Chang'e 4 landing site on the far side of the moon, as seen by NASA's Lunar Reconnaissance Orbiter.NASA/GSFC/Arizona State University

China's Chang'e-4 probe touched down on the Von Karman Crater in the South Pole-Aitken Basin in the morning of Jan. 3, and the lunar rover Yutu-2 drove onto the lunar surface late that night.

Named after Chinese moon goddess "Chang'e," China's lunar exploration program, which began in 2004, includes orbiting and landing on the moon and bringing samples back to Earth.