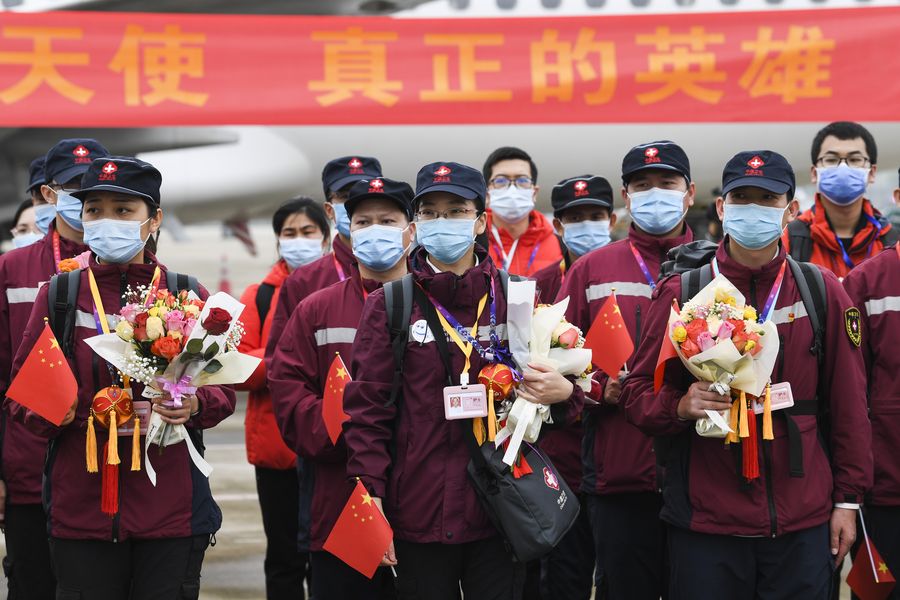 IMF officials wrote in a blog that Chinese policymakers made the "hard choices" to implement strict mobility constraints, both at national and local levels, with the devastating tradeoff in Hubei Province.

WASHINGTON, March 20 (Xinhua) -- China's experience so far has shown that the right policies make a difference in fighting the COVID-19 epidemic and mitigating its impact, though some of these policies come with difficult economic tradeoffs, the International Monetary Fund (IMF) said Friday.

Noting that success in containing the coronavirus comes at the price of slowing economic activity, three IMF officials wrote on an IMF blog that Chinese policymakers made the "hard choices" to implement strict mobility constraints, both at the national and local level, with the devastating tradeoff in Hubei Province.

"This makes it clear that as the pandemic takes hold across the world, those hit the hardest -- within countries but also across countries -- will need support to help contain the virus and delay its spread to others," they said, adding that mitigating the impact of this severe shock requires that support to the most vulnerable be provided.

The authorities also quickly arranged subsidized credit to support scaling up the production of health equipment and other critical activities involved in the outbreak response, which has been helpful, the officials argued.

The blog, part of a special IMF series on the response to the coronavirus, is co-authored by Helge Berger, the IMF's China mission chief, Kenneth Kang, a deputy director in the IMF's Asia & Pacific Department, and Changyong Rhee, director of the Asia and Pacific Department.

To safeguard financial stability, the IMF officials said, Chinese authorities "stepped in early" to backstop interbank markets and provide financial support to firms under pressure, while letting the renminbi adjust to external pressures. 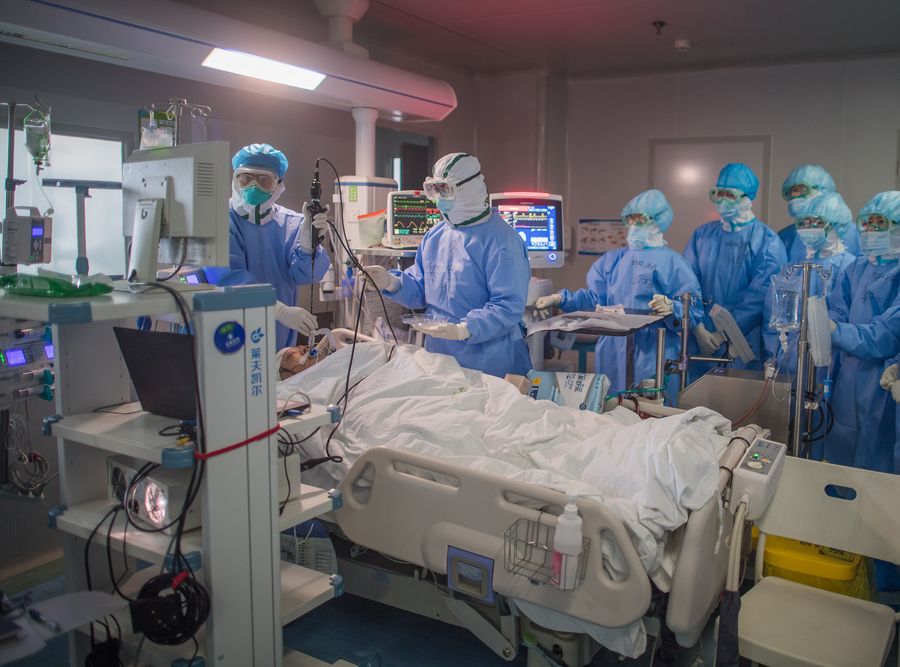 Among other measures, this included guiding banks to work with borrowers affected by the outbreak, incentivizing banks to lend to smaller firms via special funding from China's central bank, and providing targeted cuts to reserve requirements for banks, they said.

Noting that some of the relief tools come with their own problems, the officials said using "well-targeted" instruments wherever possible "is the way to go."

The IMF officials said the outbreak led to terrible human suffering in China, as it is continuing to do elsewhere, along with significant economic costs. "The coronavirus shock is severe even compared to the Great Financial Crisis in 2007-08, as it hit households, businesses, financial institutions, and markets all at the same time -- first in China and now globally," they said.

"While there are reassuring signs of economic normalization in China -- most larger firms have reported reopening their doors and many local employees are back at their jobs -- stark risks remain," the IMF officials said, adding that this includes new infections rising again as national and international travel resumes, as well as economic risks of the ongoing pandemic.

"Therefore, Chinese policymakers will have to be ready to support growth and financial stability if needed," they said, "given the global nature of the outbreak, many of these efforts will be most effective if coordinated internationally."