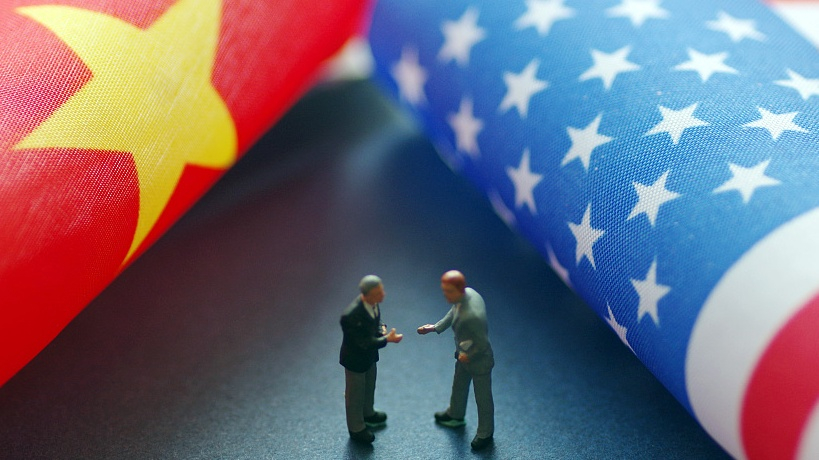 A new Gallup report shows global approval of China's leadership ranked higher than the US in 2018, with an approval rate of 34 percent, ticking up to its highest point in almost a decade, the US public opinion polls conductor said Thursday.

The report, named Gallup's Rating World Leaders: 2019, measures how the public in 133 countries views the global leadership of the US, China, Germany and Russia.

The global approval of US leadership sits at its lowest level for any of the past three US administrations, dropping to 31 percent.

The plummet in approval of US leadership started the first year into Trump's presidency when it fell from 48 percent during the last year of the Obama administration to 30 percent.

Approval of China's leadership has been on a steady climb. In 2017, the US and China were nearly on equal footing for the first time in the decade-long trend. And in 2018, China first topped the US in ranking. 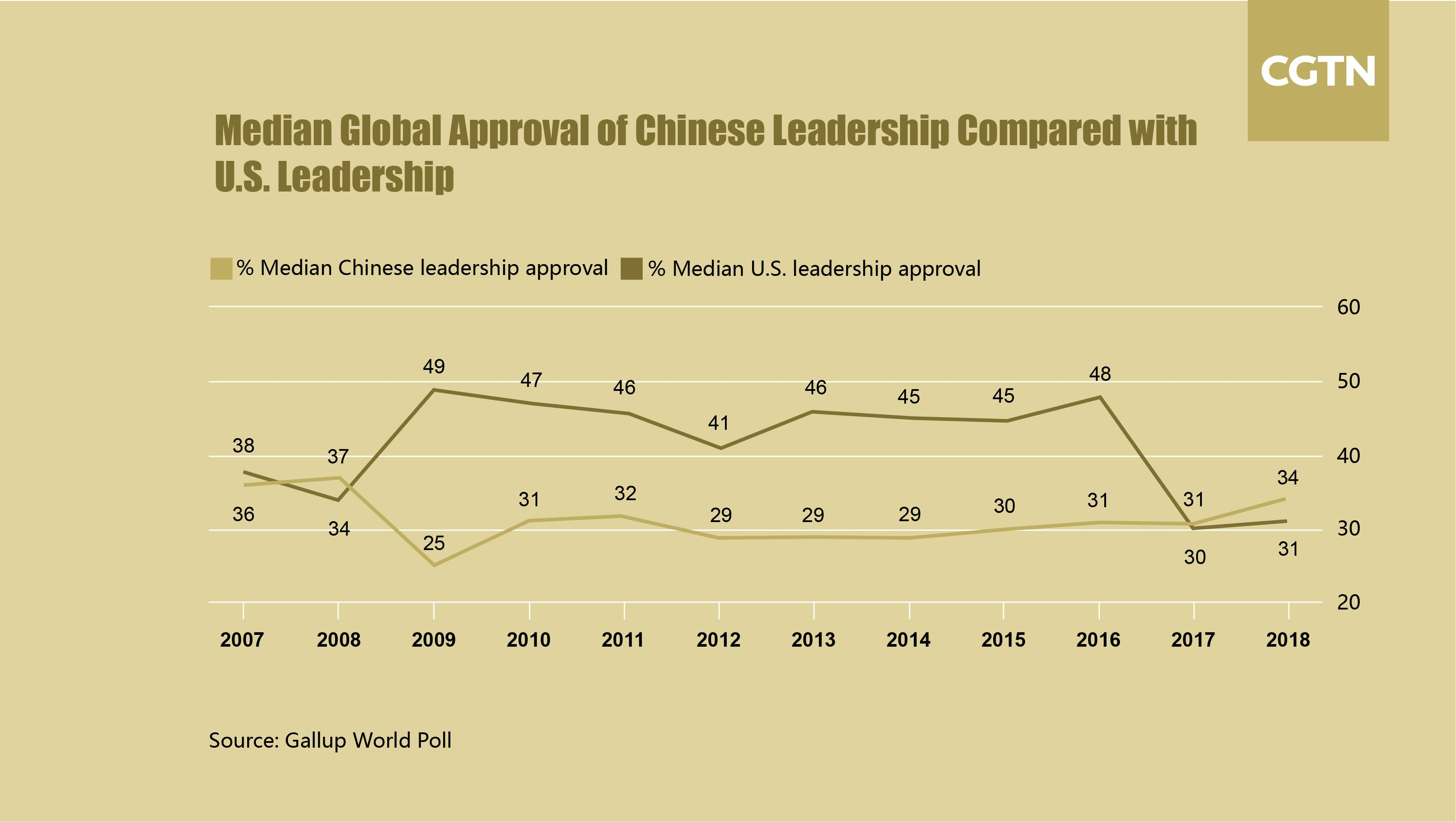 Median global approval of China's leadership compared with the US. (Photo: CGTN)

Russia's approval rate, for the first time, is approaching equal footing with the US Its approval rating jumped to 30 percent from 27 percent in the previous year.

Since Trump entered office, he walked back from many key international obligations, ranging from withdrawing from the climate change agreement to pulling out of the landmark Intermediate-Range Nuclear Forces Treaty with Russia.

This low rating may have implications for the US' soft power. The low approval rating for the US "suggests that the doubts sowed in Trump's first year about US commitments abroad have taken root," the Gallup report reads.