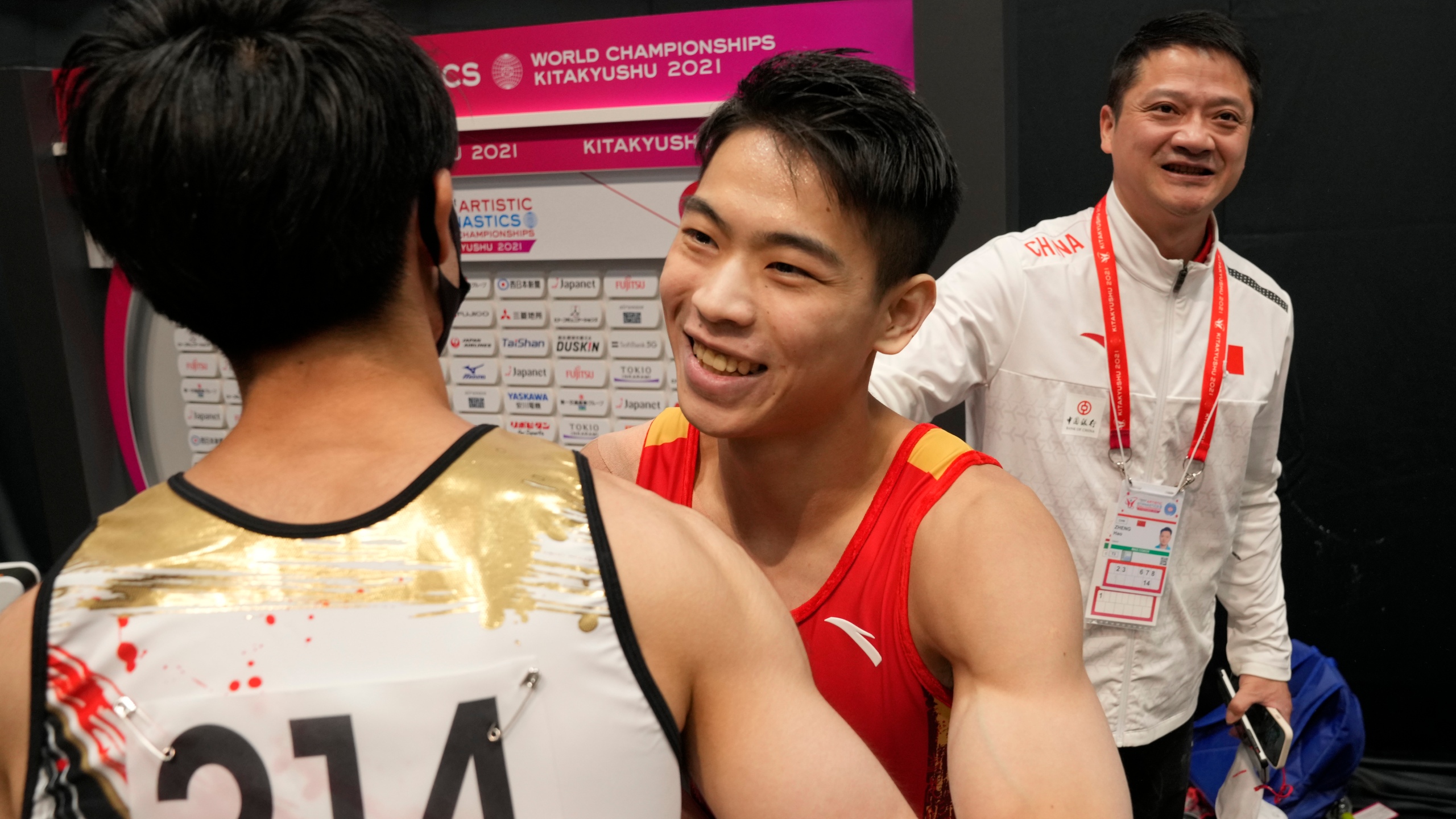 The stage had been expected to set for Hashimoto and local legend Kohei Uchimura, arguably the all-time great. But Hu, competing in his first world championships, stole the show to win the parallel bars and went on to take the horizontal bar.

"It is a dream come true," said Hu. "Since I have secured the gold medal in the parallel bars, I feel very relaxed in the horizontal bar."

The 24-year-old Hu, who failed to make the Chinese Olympic team, became the last one to perform in the horizontal bar, the last event and an event that Hashimoto won at the Tokyo Olympics.

With Uchimura already out of the title race, Hashimoto, the fifth on the start list, scored 15.066 points to take the lead. After Ukraine's Illia Kovtun and American Brody Malone scored 14.166 and 14.966 points respectively, around 2,500 fans in the Kitakyushu gymnasium looked ready to celebrate.

But Hu completed his routine with difficulty degrees of 6.7 in a perfect fashion, which earned him 15.166 points, beating Hashimoto by a mere 0.100 points.

Earlier, he took the parallel bars title with 15.466 points, ahead of vault champion Carlos Edriel Yulo of the Philippines and teammate Shi Cong. Hashimoto finished fourth.

All the three events Hashimoto entered at the tournament have been won by Chinese gymnasts. He was shocked by another world championships debutant Zhang Boheng in the all-around final.

"Actually the most difficult event was the parallel bars. I had to raise the difficulty degrees ahead of the competition," he said.

"I have been waiting for this chance for a long time," he said. "Fortunately I took the chance when it came."

China topped the medal tally with five gold, one silver and two bronze medals after seven days of competition although none of the members had Olympic or world championships experiences.

Luo Rui, who turns 16 in November and led the field in the qualification, fell off the beam and scored only 13.300 points. She finished fifth.

Ashikawa Urara won the first gold for Japan in the balance beam event and Murakami Mai, the Olympic bronze medalist, claimed the title in the floor exercise.