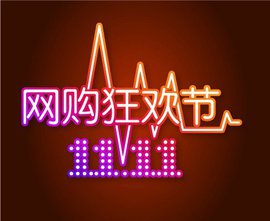 Saturday's 24-hour online shopping binge is the day-to-day online shopping market in microcosm, and benefits manufacturers, traders and consumers far beyond China's borders.November 11, China's Singles' Day, became an online shopping spree in 2009 when Alibaba's Tmall began to make it so through extensive promotions.The world's biggest online shopping spree is a barometer of consumer behavior.Set in both "the world's factory" and second largest economy, the event draws shoppers from around the world looking for bargains and multinational corporations seeking sales."It is a worldwide social synergy event," said Zhang Yong, chief executive officer of Alibaba. "The synergy means joint efforts by global businesses and driven by technology and big data. It is a Chinese phenomenon with world influence."This year, sales hit 100 billion yuan (15 billion U.S. dollars) by 9:04 a.m. Sales on Tmall broke the 10 billion yuan mark just three minutes after midnight. Last year, it took almost seven minutes."Singles' Day brings us many nice surprises each year, with the new commercial phenomenon and business forces. I think this year will be no exception," said Zhang.Alibaba has created Haitao to help people in China buy foreign products, and TMall Global as a marketplace for foreign businesses to sell directly to Chinese consumers. Japanese brands Onward Crosset and Laox, for example, have Singles' Day promotions at their shops on Tmall Global. Stadium Goods, a New York City-based marketplace that sells footwear and other apparel, said it began preparations for the promotion one month in advance.Its Singles' Day sales target is 2 million U.S. dollars, said John McPheters, founder of the company.But it's not just sellers, many foreigners are also buying, according to Cyol.com.According to data by AliExpress, Russia, Brazil, the United States, Spain, France, Ukraine, Israel, Belarus, Canada and the Netherlands have become the top 10 buyers in terms of purchasing power.Females and people from 25 to 34 years old are the main source of the 100 million foreign online shoppers, the data showed."It is a Chinese phenomenon, but resonates across the world," Zhang said.Alibaba's net income rose 146 percent to more than 17.4 billion yuan year-on-year for the fiscal quarter ending September. Revenue from international businesses reached 2.9 billion yuan, 115-percent growth year on year, thanks to strong growth in its Southeast Asian platform Lazada and China outbound platform AliExpress."Singles' Day is adding more and more overseas businesses, and it has become a huge opportunity for goods, capital and culture to be exchanged around the world," said Jin Xuejun, professor of economics at Zhejiang University. In 2016, Alibaba's Singles' Day sales totalled 120 billion yuan thanks to its internationalization tendency, but the record was surpassed in just 13 hours this year.The Singles' Day shopping is becoming bigger in scale given JD.com Inc., Kaola.com and other cross-border e-commerce platforms have came to share the big on-line shopping cake. It takes JD.com as long as 11 days to top 100 billion yuan of sales by Nov. 11, in contrast with Alibaba's nine hours.These cross-border e-commerce platforms have made increased efforts to expand businesses abroad. Taking Alibaba as an example, its online payment app Alipay can now support 27 clearing currencies and serve users in over 200 countries.Cainiao Network, the logistics arm of Alibaba, has established 266 cross-border warehouses in 224 countries and regions.Despite convenience and jobs brought by booming e-commerce business worldwide, experts warned of nuisances and risks looming over the whole sector, such as junk information, credit default and internet fraud.