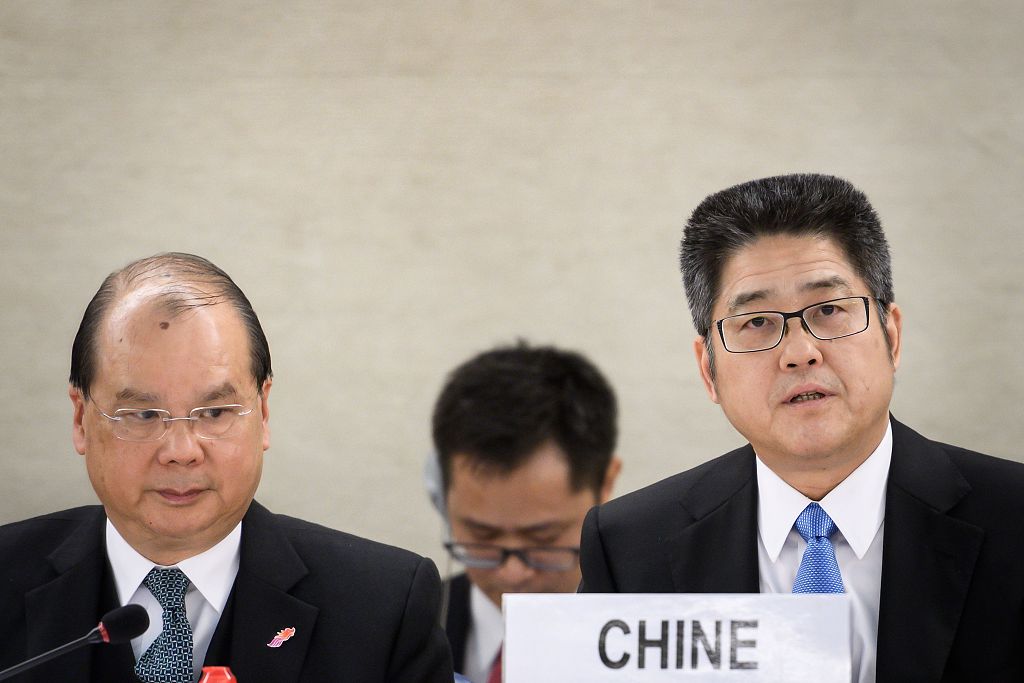 China sent a delegation composed of representatives from nearly 20 ministries, Xinjiang and Tibet autonomous regions, and the governments of Hong Kong and Macao special administrative regions to participate in Tuesday's review.

Le, also head of the Chinese delegation, said during an interview with Xinhua that among the 150 countries that spoke during the review, more than 120 countries expressed their support for and appreciation of China's human rights progresses.

According to Le, China's approach to human rights development with Chinese characteristics and its point of view such as "no security, no human rights,""development is a primary human right,""poverty reduction helps human rights promotion" and "cooperation for human rights," have aroused strong resonance and wide recognition during the review.

"During the past 40 years of reform and opening-up, China has consistently combined the universality and particularity of human rights, adhered to the mutual promotion of democracy and people's livelihood, and pioneered a path of human rights development with Chinese characteristics in line with its own conditions," he said.

"The Chinese concept of human rights conforms to the public opinion, reflects the requirements of the times, embodies the spirit of innovation, and expresses the aspirations of the vast number of developing countries," he said.

In response to the "concern" raised by several Western countries during the review on the issue of China's Xinjiang, Le said that the reason Xinjiang has established the vocational education and training program is to meet the needs for fighting against terrorism.

The program is established to help those influenced by extremism return to normal life through education. As a preventive measure, it is another major contribution that China has made in international counter-terrorism, Le said.