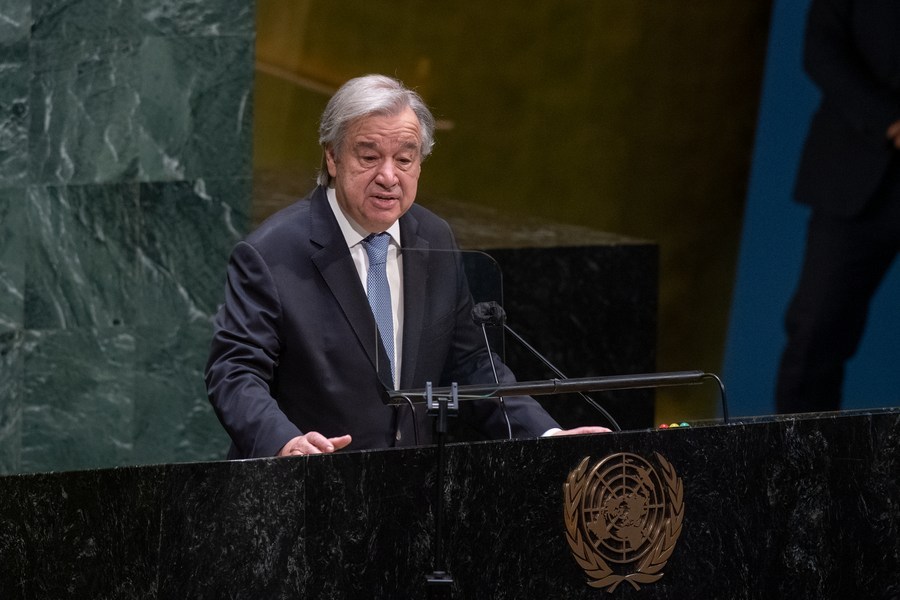 United Nations Secretary-General Antonio Guterres briefs the General Assembly on the Call to Action for Human Rights at the UN headquarters in New York on Feb. 24, 2021. (Eskinder Debebe/UN Photo/Handout via Xinhua)

Guterres called on the international community to work together more cooperatively to eradicate poverty in all its forms and leave no one behind.

The remarks were made as a report titled "Chinese Poverty Alleviation Studies: A Political Economy Perspective" was recently published by New China Research, the think tank of Xinhua News Agency.

"This approach contributed to increasing productivity, created jobs and lifted millions of people out of extreme poverty in line with the government's 2020 target," he said.

Guterres called on the international community to work together more cooperatively to eradicate poverty in all its forms and leave no one behind.