WASHINGTON, Oct. 14 (Xinhua) -- China has returned to a post-COVID-19 new normal, which is "nearly unthinkable," according to U.S. media. 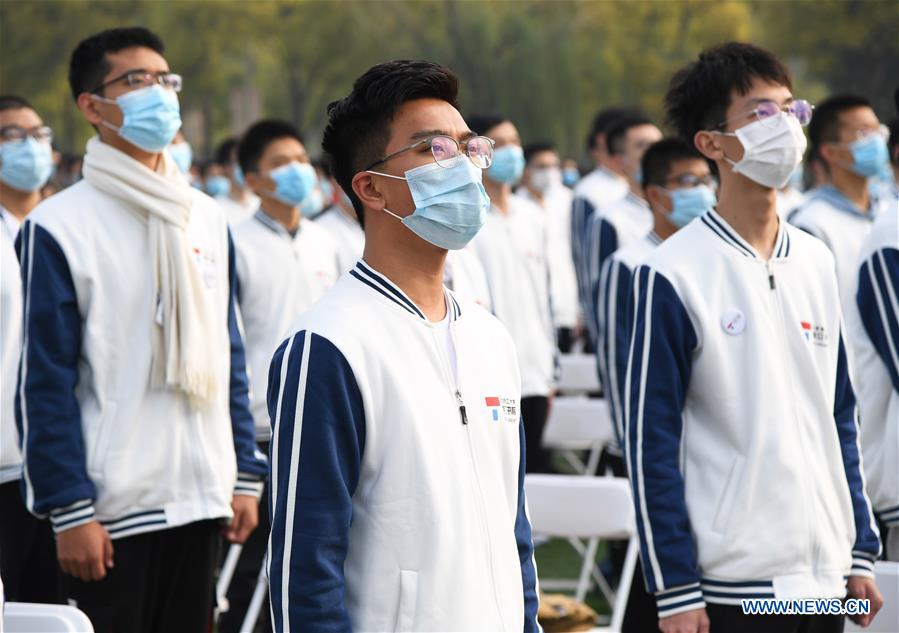 Freshmen of Beijing Institute of Technology participate in the opening ceremony for academic year 2020-2021 in Beijing, capital of China, Oct. 10, 2020. (Xinhua/Ren Chao)

In a report on Sunday, CBS News said that from morning tai-chi at various gardens to lunch crush in central business districts in China, the "sheer normalcy" of it all makes it seem as if the coronavirus never happened at all.

When the epidemic broke out, the Chinese government "struck back hard and fast," forcing up to 50 million people into lockdown for two months, and new hospitals were built from scratch in just two weeks, the report said.

The government has carried out testing and contact tracing, implemented a QR health code system, banned nearly all foreigners from entering the country, and put people who were allowed to return into a 14-day quarantine.

Roark Jones, a sophomore at New York University's campus in Shanghai, told CBS that "Everyone in China is very willing to abide by any policy set forth for containment of the disease. One thing that was kind of inspiring to me is that everyone did the quarantine."

"In February, I was basically in my dorm the entire time ... Now, people sometimes don't even wear masks outside. The pandemic's basically nonexistent here," Jones was quoted by CBS as saying.

"If I went back to the United States right now, to be frank, I'd be a little nervous," added Jones.