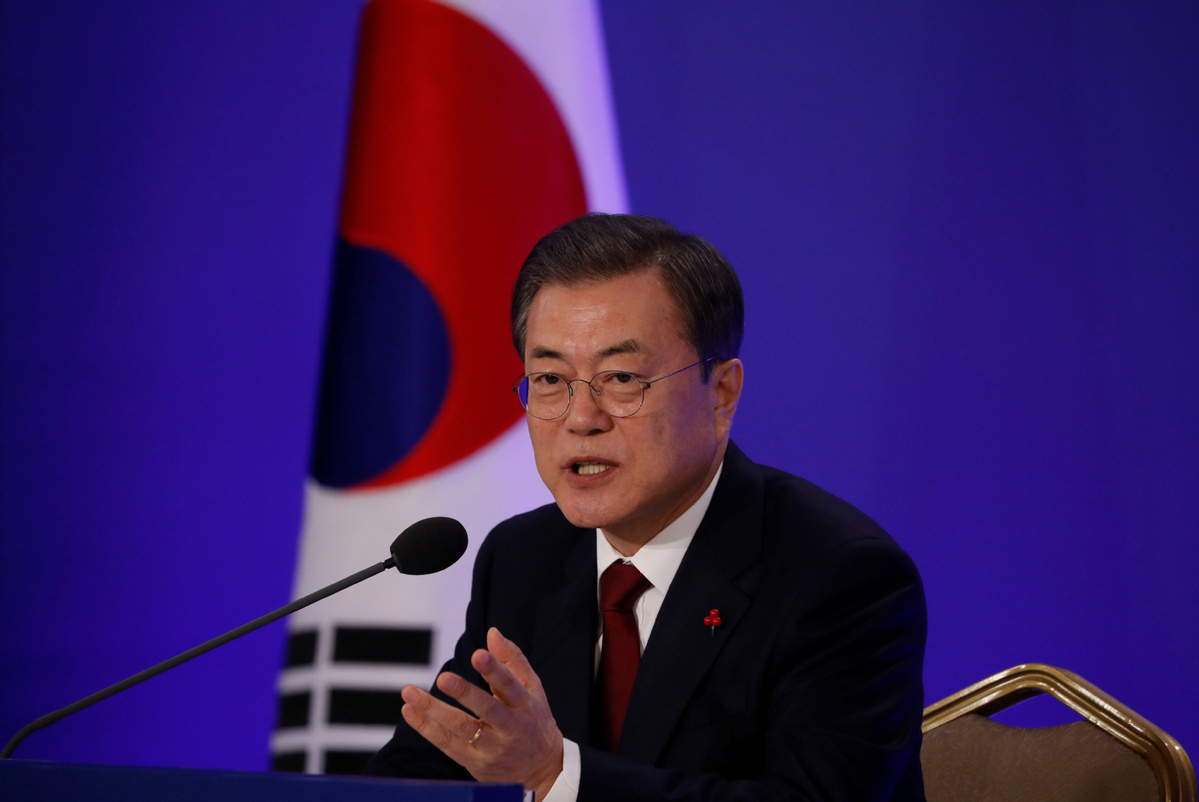 SEOUL - China's role has been and will be very significant in denuclearizing the Korean Peninsula and building a permanent peace on the peninsula, South Korean President Moon Jae-in said on Tuesday.

Moon made the remarks in his televised New Year's press conference at the presidential Blue House, saying "China's role is very significant" in resolving issues on the peninsula's denuclearization.

"Actually, China has provided an awful lot of help until now, and I am grateful (to China) for it," Moon noted.

Moon said his country will cooperate with China to let it keep playing a helpful role until the Korean Peninsula is completely denuclearized and the lasting peace is built on the peninsula.

He noted that the year 2022 would mark the 30th anniversary of the establishment of diplomatic relations between China and South Korea. He vowed to speed up cooperation with China by seeking to find a common ground between the China-proposed Belt and Road Initiative and South Korea's New Southern and New Northern policies.

The South Korean president initiated the New Southern Policy and the New Northern Policy to expand his country's economic and diplomatic territories beyond Northeast Asia by deepening cooperation with Southeast Asian nations and countries bordering the Democratic People's Republic of Korea (DPRK).