The “Access to Satellite Television for 10,000 Villages” project, as one of the ten cooperation plans announced during the 2015 Forum on China-Africa Cooperation (FOCAC) in Johannesburg, South Africa by President Xi Jinping, has greatly enhanced the lives of African people by providing TV programs with rich content in various fields. 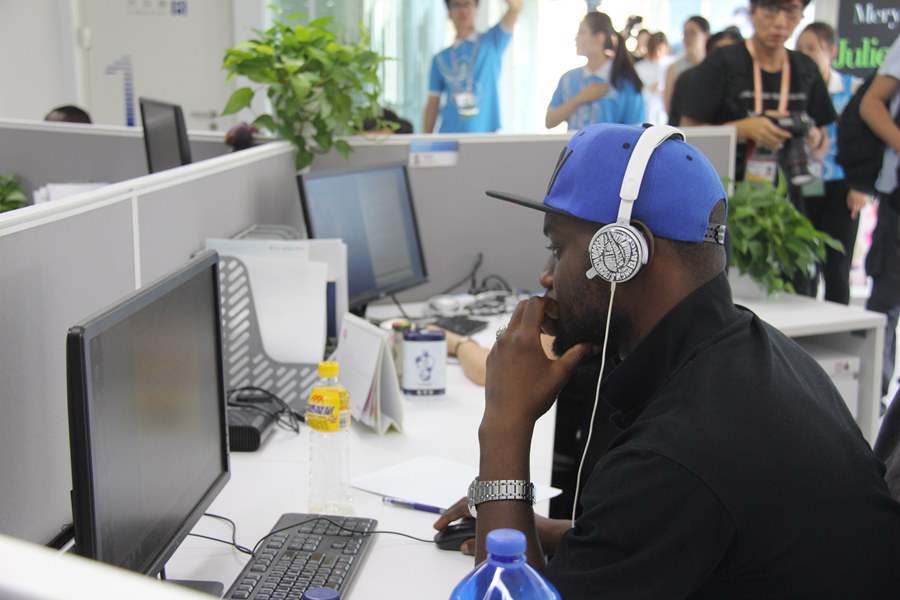 Guo said that so far, the project has been completed in over 2,000 villages in six countries including Senegal, Guinea, the Republic of Congo, Uganda, Rwanda and Mozambique.

The Beautiful Daughter-in-Law Era, a Chinese TV series, became popular in Tanzania in 2011. Watching television was once a luxury in the country, but with years of assistance from China, the country has seen great changes in economy and infrastructure, said Schilder, who stood out in a Swahili dubbing competition for a Chinese TV series held by StarTimes in Tanzania and was then given a job at StarTimes’ Beijing dubbing center.

Chinese enterprises introduced digital television and set-top boxes to Tanzania where local people not only have access to television but also enjoy lower licensing fees for various programs, said Schilder, adding that thanks to the satellite television project for 10,000 villages, Tanzania now has access to digital signals, as well as more jobs and a higher standard of living.

StarTimes has improved the quality of life in a number of communities throughout Mozambique, said another dubber who comes from the Southeast African country, where children now have the opportunity to learn about China and China’s technology though watching television.

A Cameroonian host at StarTimes told People’s Daily Online that the people of China and Africa can jointly promote sustainable development in political and economic cooperation by enhancing exchanges and understanding of each other’s culture.

StarTimes has been expanding its market in Africa since 2002, setting up registered companies in 30 countries and beginning operation in 16 countries. With over 20 million users, it has become the fastest developing and most influential digital television operator and the only brand that covers digital television, satellite television and Internet television services in Africa.