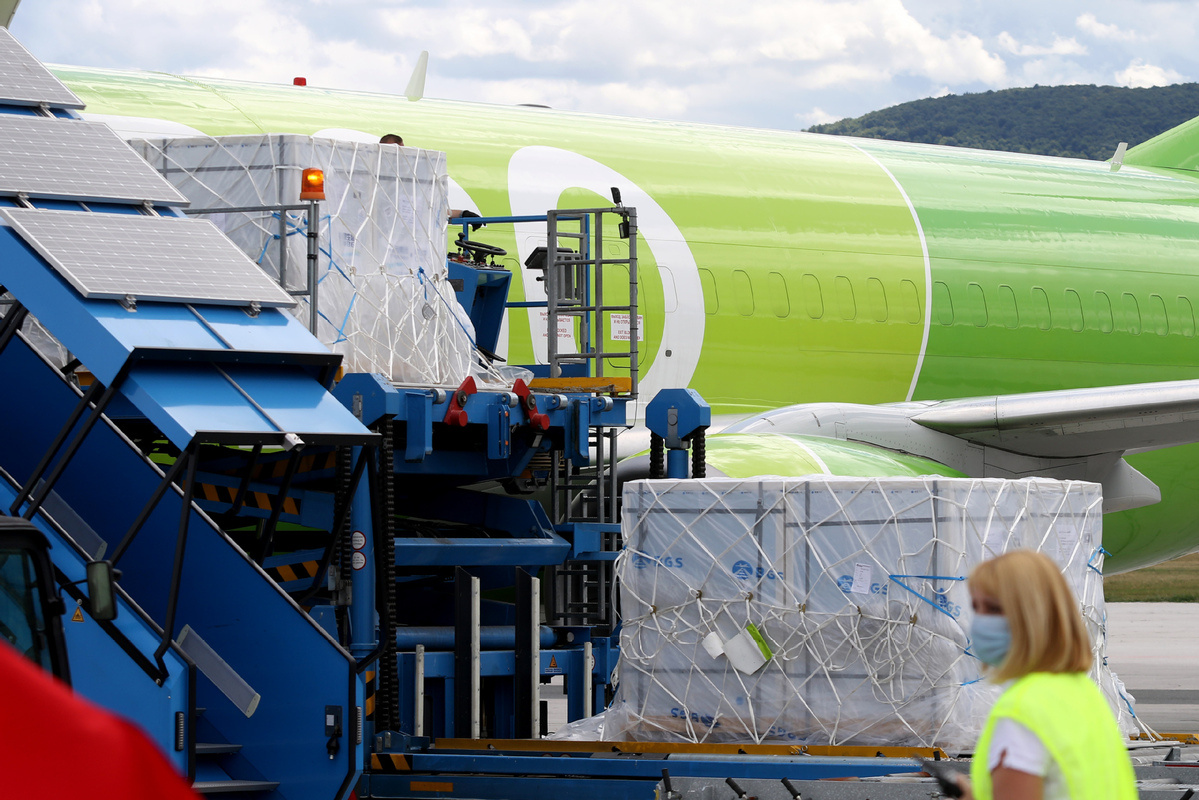 A batch of Sinopharm COVID-19 vaccines are delivered to the capital of Bosnia and Herzegovina (BiH), Aug 7, 2021. (Photo: Xinhua)

SARAJEVO - A batch of Sinopharm COVID-19 vaccines were delivered here on Friday to the capital of Bosnia and Herzegovina (BiH).

The Federation of BiH, one of the two state entities, purchased these vaccines directly from the Chinese manufacturer in late June, said Vesko Drljaca, deputy prime minister of the Federation of BiH who welcomed the shipment at the Sarajevo airport.

"Great distance between China and BiH should not be a reason not to cooperate," said Miao Dake, counselor at the Chinese Embassy in BiH, addressing the audience at the airport ceremony in the Bosnian language.

"The Chinese vaccines have strengthened BiH's confidence in defeating the pandemic," said Drljaca, urging the public to get vaccinated.

In September, BiH purchased more than 1.2 million vaccine doses through the COVAX facility and 892,000 doses from the European Union (EU). However, delivery has been postponed several times and the first vaccines arrived in late March, causing a late start of the mass immunization in BiH.

According to the latest official numbers released by the Ministry of Civil Affairs, BiH has reported 206,106 cases of COVID-19 and 9,691 deaths.